Kiyonari: "I don't want top six, I want to win" 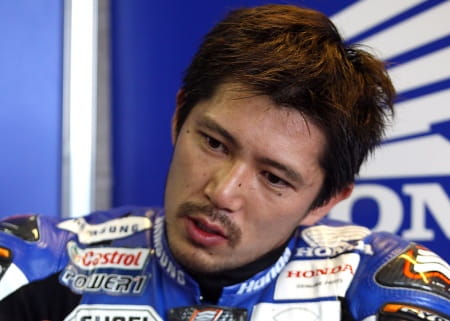 After an eighth and fourth place at the opening round at Brands Hatch, things went quite wrong for three-time British Superbike Champion Ryuichi Kiyonari at the start of the 2013 season. He failed to finish inside the top ten at both Oulton Park and Thruxton and doubts began to appear about the Japanese rider’s future in British Superbikes.

“I don't know what was wrong, I really don't know. It took me about three rounds to get used to this new bike. I struggled to get a good feeling with the bike, at the start of the season I felt like I couldn’t really connect with it” said Kiyonari, talking to BikeSocial.

“At the start of the year, there was hardly any testing and that’s something I really needed, more testing, more practice.”

At Knockhill, in the fourth round of the championship Kiyonari suddenly appeared much happier, with rumours suggesting he had found ‘something’ at a test at the Scottish circuit. He took his Samsung Honda to the third step of the podium in both races.

“At Knockhill things changed a bit, firstly I changed my mindset and we also made a few set-up changes and I started to find more confidence and we got on the podium twice. It was good to be on the podium, but really we want to be on the top step.”

The improved pace continued after Knockhill, with top six results in every race since. However, the thirty year old seems to be just that little bit behind the front guys and unable to fight for the win.

“We don’t really know what we’re missing from the front at the moment” explained Kiyonari.

“We are trying to find out so we can improve.”

Samsung Honda team mate, Alex Lowes, currently sits second in the championship and is challenging for wins in most races. Although, having such a different style to Lowes means Kiyonari can’t really make use of any advice from the other side of the garage.

Some reports suggested that the forty-three time BSB race winner had broken ribs in a crash at the Suzuka 8 hours. However, Kiyonari tells us this wasn’t the case.

“I didn’t break anything in the crash, it hurt a lot, but there was nothing broken.”

Having only suffered poor results in two rounds, Kiyonari currently sits fifth in the championship and with the BSB showdown rules, if he remains within the top six until Assen he will have a strong chance to fight for the title.

“I think we could be champion this year, but it will be difficult. With the showdown rules it is definitely possible but to be honest, for me it’s not about the championship. I don’t want the podium, I don’t want the top six, I want to win”.