Easton on Yamaha Superbike for NW200 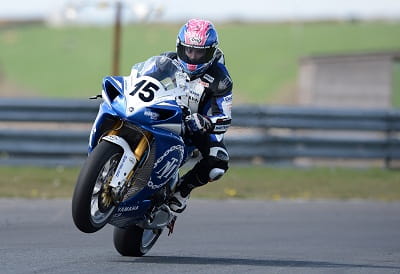 Stuart Easton is heading back to his superbike roots with a craic (get it?) at the NW200 on a Yamaha R1 Superbike. And as these pictures show, Rat Boy, as he’s nicknamed in the BSB paddock, isn’t hanging around.

He’s currently sitting in second place in the British Supersport championship, but as well as competing in the NW200 next week on a 600, he’s also taking a Mar-Train Yamaha R1 onto the Superbike grid.

Easton is making his North West 200 return for the first time since his massive crash in 2011 which put him in hospital for three months with a pelvis broken in six places. He was second in 2010.

Easton said: “Yeah, we’ve had a really good start to the British Supersport Championship but as everyone knows the road racing scene is a little bit different. Alastair Seeley is the man to beat at the North West and the pressure is on him to perform, but we know what we are capable of at Mar-Train Racing and if things go to plan, there’s no reason why we can’t be celebrating.”

He added: “With regards to the R1, we’ve only tested it once to sort out some fuelling issues and to get myself comfortable on the bike. I’ve had another run on it this week and while it’s a bit of an unknown, we do know how capable the R1 has been in the British Superbike Championship and we know that it’s fast – so yes I’m looking forward to riding it at the North West.” 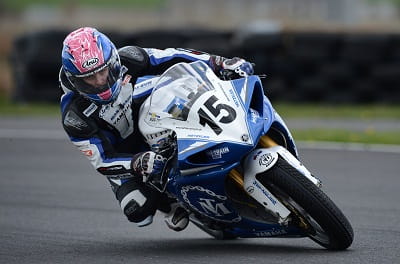 Easton was out testing the R1 at Kirkistown yesterday. He was rumoured to be on lap record pace despite using taller NW200 gearing to cope with the North West’s 200+mph straight.

Practice for the NW200 kicks off on Tuesday.