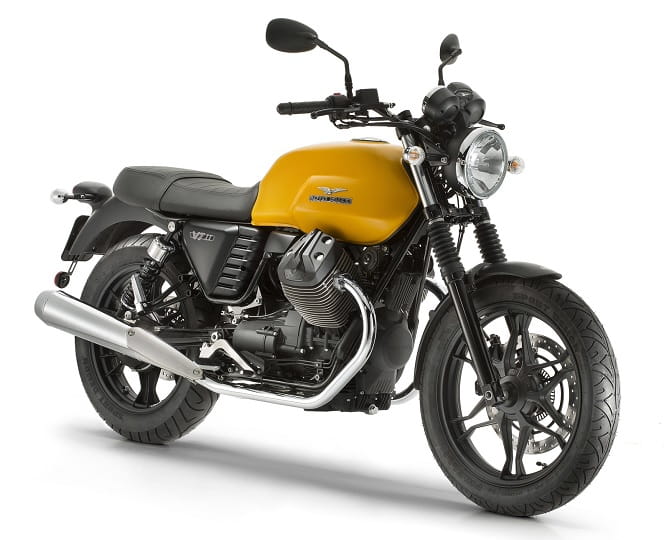 Ahead of next week’s INTERMOT show in Cologne, Moto Guzzi has unveiled the new generation of their unique V7, which they’re calling the V7 II.

To increase knee room and improve the way the bike looks they’ve tilted the engine to the front by four degrees and lowered it 10mm. The seat height has been lowered as have the rider’s footpegs.

Once again, three versions will be available: The Stone, available in four matt colours, the Special, available in three colours and the Racer with the stunning chrome tank.

The bike will make its debut in Cologne next Tuesday.

For more pics of the new V7  as it is unveiled at INTERMOT, keep an eye on Bike Social plus our Facebook and Twitter pages.