Matchless are back with new Model X Reloaded 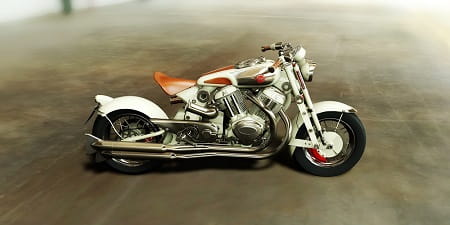 Meet the new Matchless Model X Reloaded - a bike designed by the designer of the legendary Laverda Jota.
It’s the first motorcycle from the reborn historical British marque since it was bought by the Italian Malenotti family in 2012.

These early images of the new Matchless Model X Reloaded show a new S&S V-twin powered bike designed to celebrate Matchless’ 115 year anniversary.
The name comes from the original Model X launched some 80 years ago, and the bike will be officially revealed at next month’s Milan Show.
The Matchless London name has more recently been associated with top-end fashion wear worn by the likes of Kate Moss, Arnold Schwarzenegger, Wesley Snipes and Pippa Middleton,, but they’ve now turned their attention back to building motorcycles.

The bike’s designer, Franco Malenotti, has also designed bike for Honda, Morini, Ducati, Bimota, KTM and Aprilia, and was also one of the design team behind the Laverda Jota and Laverda 1000 RGS. He has also designed more recently for Dainese and Belstaff. 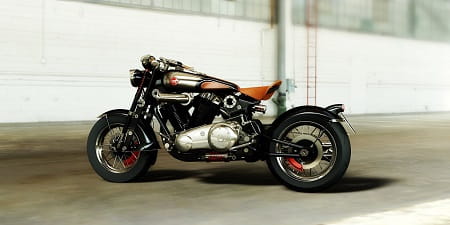 However, despite now being owned by an Italian family, Matchless were keen that the original British owned brand was redeveloped in conjunction with the firm’s original owners – the Collier family.

John Collier said: “My family is proud to see that the legend of Matchless is now being relived and, most importantly, shared with new generations. Mr. Malenotti together with the new Matchless team has been able to perfectly center the mix of tradition, technology and elegance that was fundamental to the success of the “Model X” back in 1929.”