Kawasaki took the covers off the hotly anticipated Ninja H2 at the Milan Motorcycle Show this week, well technicaly a young lady dressed in a PVC suit took the cover off, but the throngs were there for the bike and were treated to a machine just as striking as its partner in crime, the Ninja H2R.

Here is a quick walk around video which should whet your appetite in advance of seeing the bike at Motorcycle Live at the NEC later this month.

This is the moment the cover came off and we also got up close to the UK spec bike, identifiable by its exhaust. A Kawasaki source told us there would only be 15 H2's coming into the UK around April of next year with a £25,000 price tag with deposits being taken now. However, we also understand that next Friday will be the day when the official prices and availability will be shared. 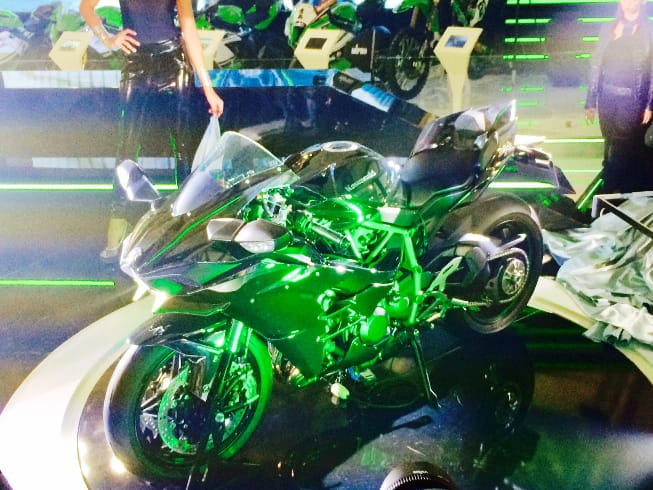 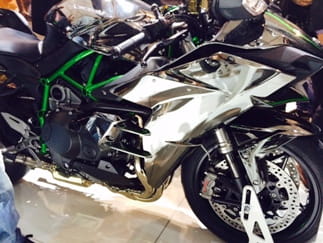 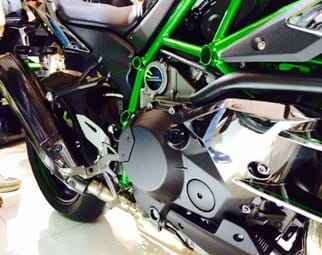 Have Kawasaki made the ultimate street bike?