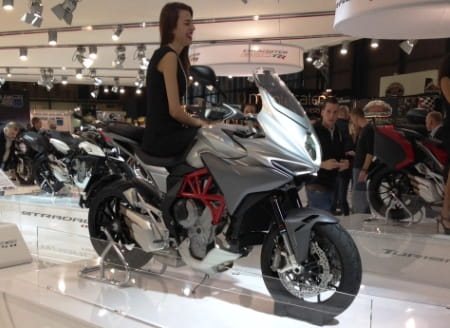 MV Agusta took the opportunity of the Milan Motorcycle Show to show the world their new Turismo Veloce 800 tourer which is set to be available in UK dealerships from the beginning of 2015.

Using a revised version of the firms’ three-cylinder 800cc motor, the Turismo Veloce produces 110bhp and 15% more torque than the same engine used in the Rivale and Brutale. Four riding modes allow the rider to make necessary adjustments whatever the weather of conditions. Sport and Custom offer the full 110bhp while Touring and Rain peak at 90bhp. Meanwhile, personalisation includes throttle sensitivity, engine response and engine braking. 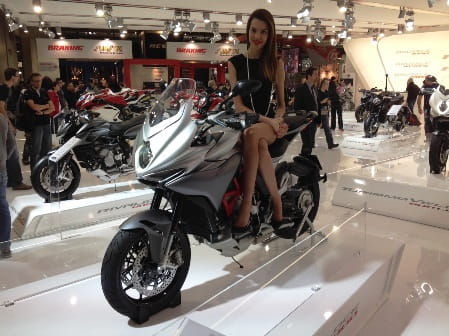 Nine, yes nine traction control levels including off, improved fuel consumption and a quick shift gearbox with blipper shift system are all operated via MV Agusta’s MVICS 2.0. ‘Motor & Vehicle Integrated Control System’ platform, in case you were wondering. All of that is managed by the rider through the 5” colour TFT display which is also equipped with Bluetooth.

Brembo brakes, Marzocchi front forks and a 24 litre tank all on a sub-200kg (dry weight) touring bike looks like an attractive package. Meanwhile, alternative option is known as the Turismo Veloce ‘Lusso’ which has Sachs electronically controlled semi-active suspension and 30 litre panniers. 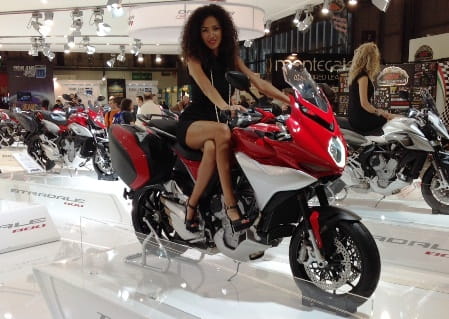