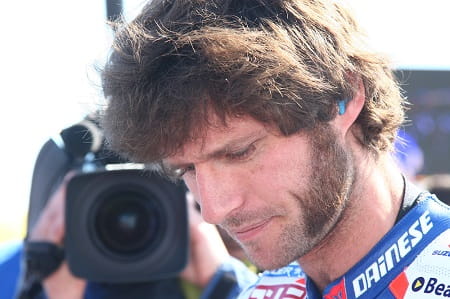 Back in June, Isle of Man TT racer Guy Martin took part in the notorious Pike’s Peak hill climb aboard a home-built, heavily modified GSX-R1100. Now fans can see the challenges he faced in the build up to what is known as one of the toughest races in the world in the latest of the racing star’s Channel 4 documentaries.

The second episode of the current series of ‘Speed with Guy Martin’ airs this Sunday 2nd November on Channel 4 at 8pm and follows Guy as he undergoes an intense period of preparation before flying to the States to participate in the contest known as ‘The Race to the Clouds’.

Finishing over 4,000 metres above sea level, Pike’s Peak is a gruelling challenge for both man and machine with low oxygen levels interfering with maximum performance. The hour-long programme documents Guy’s six months’ preparation before taking on one of his biggest challenges yet.

Now in its seconds series ‘Speed with Guy Martin’ has proven a hit in its prime time Sunday evening slot. Previous episodes have seen the Tyco Suzuki star ride a motorcycle on water, cycle at speeds up to 200mph and fly a human-powered aircraft.

Catch up on Speed with Guy Martin on 4od.