Peugeot's 2014 Speedfight 125cc has earned itself a new and special edition paint job. The colours closely resemble the Honda Urban Tiger paint scheme for their Fireblade which was announced this week, while the name of the colourscheme matches that of Yamaha's marketing tagline for their MT range - Darkside. So, while Yamaha talk about 'The Darkside of Japan', Peugeot's therefore must be 'The Darkside of France'. 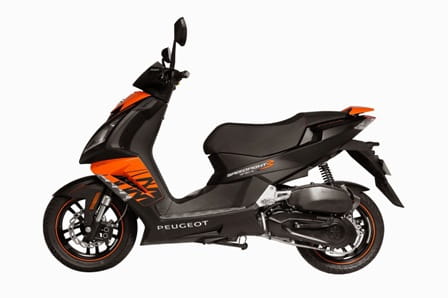 'Darkside' refers to the matt black and orange which gives the popular twist-and-go scooter a stealthy look and is sure to be popular with A1 license holders. The Speedfight Darkside uses a 124.9cc, 4-stroke single cylinder, air-cooled engine which produces a punchy 10.45bhp. Read our road test of the Speedfight here.

This Darkside paint scheme, plus the Ice Blade version, are £100 more than the standard Blue/White or Red/White at £2399 OTR. 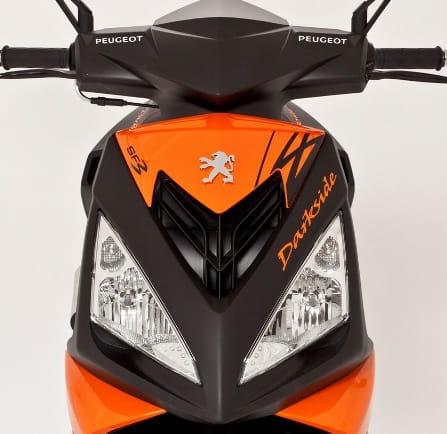 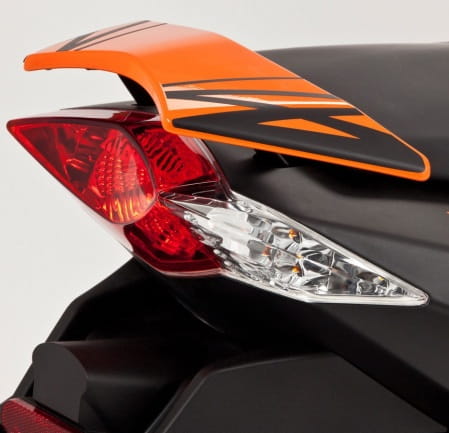 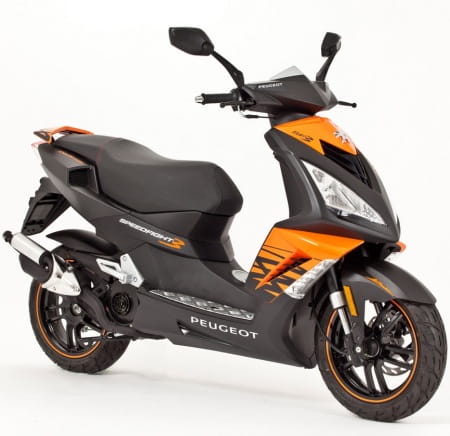 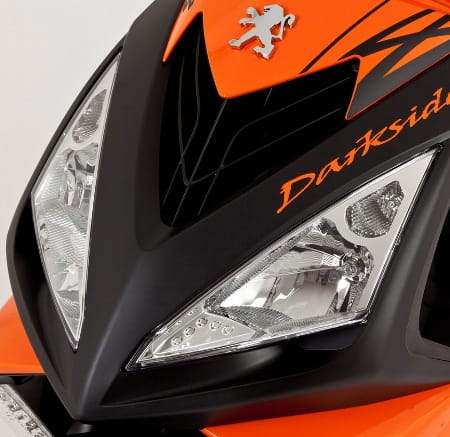