The former BBC MotoGP presenter, Matt Roberts, has been snapped up by Eurosport to front their coverage of both the British Superbike and World Superbike Championships on a two year contract. 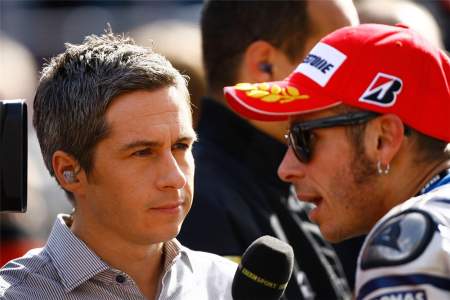 BBC Sport lost their contract to provide the UK coverage of MotoGP to BT Sport which led to Roberts and his co-presenters out of a role for this season. Industry speculation naturally linked his name with a role at BT Sport but instead of interviewing Rossi, Marquez and Crutchlow he can now concentrate on the likes of Sykes, Melandri and Byrne.

Speaking to Bike Social, Roberts confirmed that he spoke to BT Sport, “Obviously I spoke to BT about their plans for MotoGP but I decided early last year, when I knew the BBC contract would not be renewed, that I didn't want to travel to the races any more. It's something I had been thinking for a couple of years and after being on the road since the start of the 2001 season, this seemed the right opportunity to make the break. I discussed a studio role with BT but it didn't go much further than that and as soon as Eurosport approached us I was really interested in what they had to offer. There aren't many sports in the world with the adrenaline and drama of motorcycle racing and it is such a privilege to be a part of that show, so I am delighted I get to continue doing the job I really love. BSB is the best domestic championship in the world and I can't wait to get started.”

The broadcasting set-up will be similar to last year for Eurosport with all the BSB rounds coming live from the circuits and then the WSB rounds that don't combine with BSB will come from the London studio. 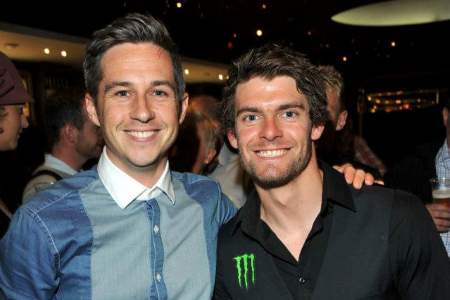 Roberts also confirmed that the James Hayden and Jamie Whitham will still be involved, “Yes the two James' are involved again and I am looking forward to working with them both. I have known James Haydon since he raced a few MotoGP races back in 2004 and I think he's made a really good transition to broadcasting, which is not easy at all. Whit comes from Huddersfield, like me, and we get on well so hopefully the three of us will make a strong team.”

The 36-year old from Huddersfield has worked in and around the MotoGP paddock since 2001 and in front of the camera for the BBC since 2008 initially as a pit-lane reporter before presenting alongside firstly Suzi Perry and then Jennie Gow.  He then took over as the main presenter in 2011 and has kept his eye on both BSB and WSB too and clearly backs the Brits to go well in the World Championship;

“I've followed both championships closely over the last few years and the racing in both has been brilliant to watch. I know a lot of the top guys in both championships from MotoGP and am friends with guys like Chaz Davies and Eugene Laverty. Hopefully they can both be challenging Tom Sykes for the title this year, as well as Alex Lowes, although you have to stay Tom starts as a strong favourite because he's on the same bike and his form last year was so strong.  In BSB I'd say it's a bit more open and anything can happen in the shootout, which is the beauty of it, but clearly Shane Byrne is the man to beat. It's going to be really interesting to see what level John Hopkins comes back at after a year out and how Josh Brookes gets on with the Yamaha.”