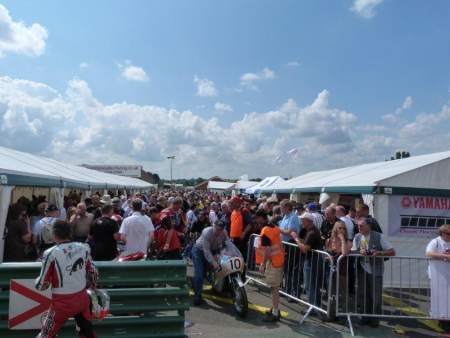 The Vintage Motorcycle Club’s signature event, The Festival of 1000 Bikes, has been cancelled for this year but the host, Mallory Park, remain defiant, stating that they are already working on “an event of similar type”.

The Festival of 1000 Bikes was due to run at the Leicestershire circuit in mid-July which would have been its 9th year. However, the VMCC announced that because of the uncertainty over the future of Mallory Park through the latter part of 2013 “crucial months of planning and preparation have been lost we are not equally confident of delivering this prestigious event with the amount of time remaining”, read the statement.

The VMCC continued, “We sincerely apologise to all those members of the Club and to the many other enthusiasts who look forward every year to this event.”

Bike Social caught up with Eddie Roberts of Real MotorSport Ltd, the new Mallory Park operators, who said, “We were surprised to say the least, we had agreed verbally that we’d go ahead, it’s an event that we don’t want to see go but we’re now looking at alternative ways of doing it. We’ve had plenty of other knowledgeable parties who are as keen to see something as we are...an event of similar type to the 1000 bikes.”

The Festival of 1000 Bikes attracted over 1,200 machines last year on a warm summer weekend with thousands of fans flocking to see the likes of Carl Fogarty and Neil Hodgson amongst the riders. 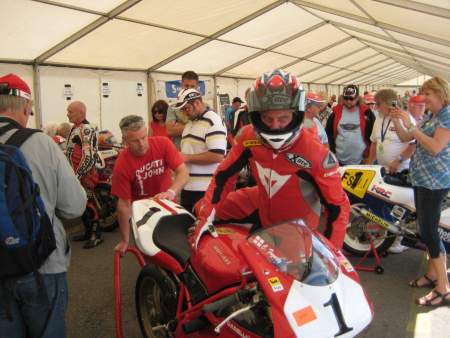 Meanwhile, in related news, the VMCC’s former CEO, James Hewing, who was a main driver behind the events’ success, stepped down from his role at the end of 2013 and has since become Museum Director at The National Motorcycle Museum.