Russian Superbike claims to be safest bike in world 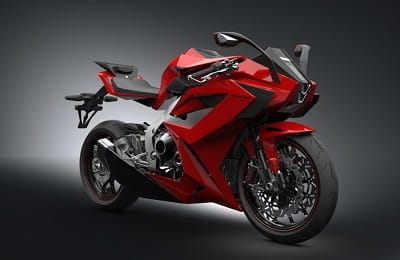 What do you buy the Russian Oligarch who already has the supercar, supermodel and superyacht? A hand-built FireBlade-based superbike with a self-operating emergency braking system of course.

Meet the Chak Motors Molot, a bike that claims to be the safest motorcycle in the world.

Looking like it just stepped straight out of a movie set, or an oligarch’s garage, the 2015 Molot is based on a Honda FireBlade ABS chassis and engine but with heavily modified bodywork.

It's designed by renowned St Petersburg design house Chak Design and features a new subframe, a whole new look and lashings of LED lights for headlights, indicators and rear lights. All the cables and brake lines are hidden within the bodywork.

The name Molot means sledge hammer in Russian. Like using a sledge hammer to crack a problem that doesn't really exist, the bike features Honda’s own incredible ABS system with an added feature by the bike’s designers called PEBS – or Predictive Emergency Braking System. 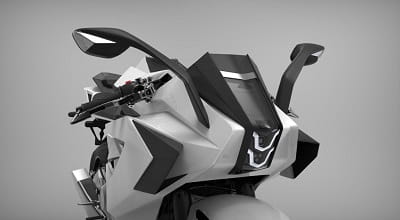 An inbuilt radar and HD camera senses that you are about to approach an obstacle, like say a parked car, and triggers a warning light on the dash.

If you don’t act it then vibrates the handlebars. If you still don’t react or slow down it then increases the vibration through the handlebars and applies a small amount of brake pressure.

If you’re still not responding (and why not, wake up) it then applies full brakes.

Thankfully, the Honda features one of the best ABS braking systems around. However, we're slightly fearful about what may happen if the bike applied full brakes when you’re in a corner just because some experimental Russian braking system told it to.

There's only one man we know who can get away with doing that on a FireBlade and his name is MotoGP legend Ron Haslam and he does that kind of thing for fun. We need further convincing that this is a good idea. Maybe we can send Ron to test it. Just a thought.

A similar self-applying braking system is widely used already in many production cars, but they have four wheels and don’t lean over.

In addition to the braking system the bike also features blind-spot monitoring. Two sensors are located in the rear of the bike which detect if you are about to pull into the path of another vehicle. A warning flashes on the dash and the handlebars vibrate to warn you. God help us.

If that’s not enough to take the skill of riding away from an experienced 1000cc-riding motorcyclist, it also features a Lane Departure Warning System.

The set-up vibrates the handlebars if you’re swerving from one lane to the next. If you’re indicating the system is disabled. 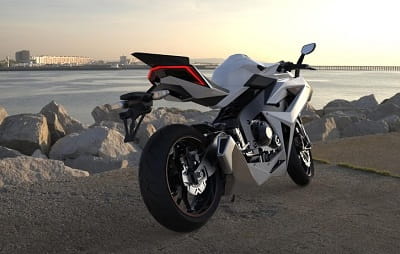 The built-in cameras in the front and rear also record everything that happens in a black box, even when your bike is just sitting. Think of it as a built-in security CCTV.

No prices for the bike have yet been released, but Chak Motors expect it to go on sale in 2015. The Molot can be pre-ordered now from Chak Motors, if you really must.