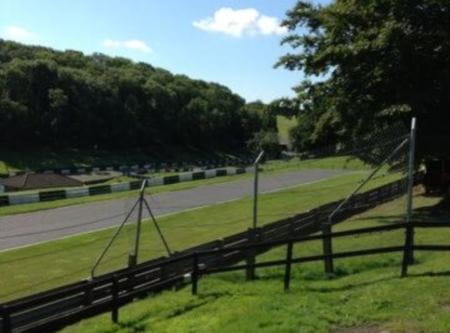 Cadwell Park will celebrate its 80th birthday in 2014 and to honour the occasion a special event is set to be held at the iconic Lincolnshire circuit on Sunday 3rd August.

Featuring racing and displays, the event will celebrate the venue’s history and legendary status within the motorcycle community. Scarborough-based motorcycle club and Cadwell Park regulars, Auto66 will organise the racing for the event, including three special celebration races:

Pre-1972 251cc-750cc machinery will line up for the ten-lap ‘Classic King of Cadwell’ race while another ten-lap dash will be named in honour of Cadwell Park’s former custodian, Charlie Wilkinson, seeing pre-1990 175-750cc Grand Prix machinery compete for the Charlie Wilkinson Trophy.

The Tommy Wood Trophy will also be a ten-lap race, this time for pre-1992 Superbikes from 400cc-1100cc. Former Grand Prix racer, Wood, died in the 2003 aged ninety and the trophy named in his honour was last awarded to a Cadwell Park competitor in the 1990s, with past winners including some of racing’s biggest name, including Wayne Gardner, Roger Marshall and Derek Chatterton.

A selection of famous bikes will be ridden by big rider names in the ‘Classic Racer Champions of Cadwell Parades’ while off-circuit attractions will include bike and car displays, a bike trial display and live music.

Tickets will cost just £14 and will soon be available via Cadwell Park’s website.