Japanese Classics to go under the hammer 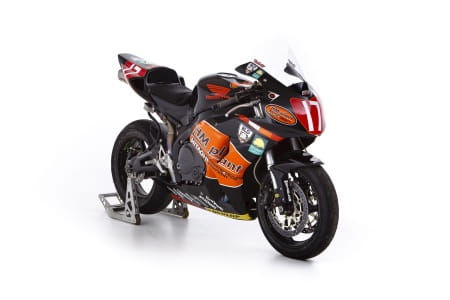 Almost 100 Japanese motorcycles of a single-owner collection will be offered for sale at the Bonhams auction during the Classic Motorcycle Mechanics Show at Staffordshire Showground on 20th October.

The collection, largely made up of Hondas includes a wide range from the design-classic Super Cub to the NR750, including a few exceptionally early machines. There are also a number of early Suzuki and Kawasakis and a variety of 1970s and 1980s classics available. Also up for sale is an ex-Steve Brogan 2007 HM Plant CBR1000 Honda.

The machines, which are estimated to achieve a combined total of more than £300,000, are being sold by Michael Buttinger, a Dutch entrepreneur with a long-held love of motorcycles and fascination for interesting and beautiful design.

Over the next few years Mr Buttinger progressed from mopeds to motorcycles and took a job as an apprentice mechanic at a local Honda dealer, before starting up his own business trading second hand parts and mopeds during his university studies – a company that would grow to become one of the world’s largest suppliers. During this time he built his own collection focusing largely on 1960s designs, sometimes going to extreme lengths to secure his acquisitions.

Particular highlights of the collection, a large part of which will be sold at no reserve, are: