No lifeline for Mallory Park as BARC pull out of discussions 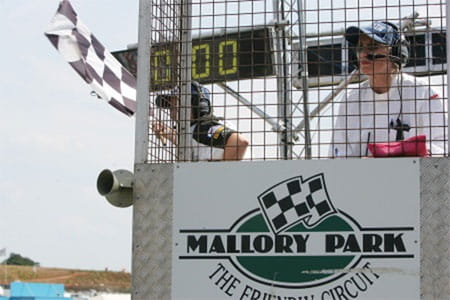 Mallory Park’s chances of survival have been majorly reduced after the British Automobile Racing Club (BARC) has withdrawn from discussions with the administrator. At the end of September, Bike Social announced the company behind the circuit had been taken in to administration after a court hearing ruled the circuit would have to abide by strict noise regulations resulting in a severe loss of income.

The BARC had been helping Mallory to run as full a programme as possible within the restrictions ahead of the circuit being handed to administrators and it was largely hoped the club would be able to support administrators in reaching an agreement with the Landlord and local council.

However, the BARC have now declared that after “exhausting all discussions” with the administrator in respect of Mallory Park, they are unable to pursue future involvement with the circuit.

This comes after Titan Properties - the owner of the land on which Mallory is situated - would not reduce rent by half as previously publicised. On top of this, they were unwilling to place any commitment towards necessary track works moving forwards or offer terms beyond the next twelve months.

A BARC statement read: “Clearly the BARC is committed, as it has been over the previous months, to continue operating Motor Sport at Mallory Park, but is not in a position to do so with continuing uncertainty in respect of contractual arrangements with Titan Properties and HBBC.”