Four new Triumphs to be announced

Triumph are expected to unveil four new bikes at EICMA, the annual motorcycle trade show, at the beginning of November. 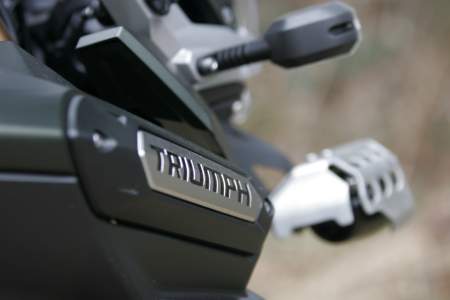 Triumph UK held a dealer preview night last night and whilst no cameras were permitted, our sources say that two models will carry the Triumph Thunderbird name, which was first introduced by the Hinkley-based outfit in 1949, with the new models for 2014 being named as the Thunderbird Commander and the Thunderbird LT.  Both of which will use the 1700cc engine currently seen in the Thunderbird Storm.

The LT stands for Light Tourer which will compete with the likes of the Harley Davidson Road King whilst the Commander will be up against HD’s Dyna range.

Meanwhile the America LT is a new light touring version of the standard America model, the cruiser which uses the 865cc engine, it will feature added components such as a high screen.

The fourth model is a special edition of the Tiger 800XC which will have a red frame and black bodywork, a similar theme to that is currently used on the Speed Triple and Street Triple R.

Further detail including full specifications, prices and availability will be announced at EICMA from which Bike Social will be reporting.