BMW have unveiled their latest model, the R nineT, during a special celebration at the BMW Museum in Germany today.

The bike commemorates 90 years of BMW Motorrad (the German word for ‘motorcycle’ in case you were wondering).  This stunning classic roadster will be available from February 2014 with the price to be announced at Motorcycle Live at the NEC at the end of November. 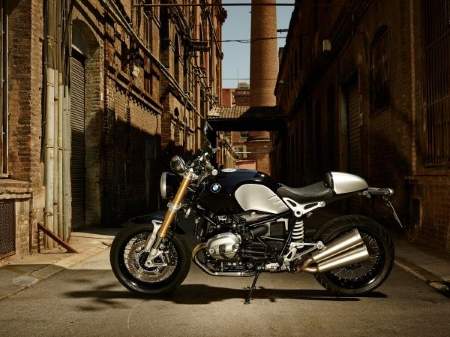 The shaft-driven ‘nineT’ uses BMW’s 1170cc air/oil cooled classic flat twin boxer engine which produces 110hp at 7,750rpm, a similar concept to the engine used in the first ever motorcycle produced by BMW, the R32, back in 1923.

The bike comes features some eye-catching refinements as well as its own superhero-style special power.  The twin-silencer exhaust system runs out of the left-hand side yet an option to include a shorter or longer connecting pipe offers alternative appearances for the nineT. An Akrapovic option is also available.  However, just like a superhero it can change its appearance too with a removable pillion frame and frame end-piece giving the bike more of a cafe racer styling.

Other options include the ability to fit a 6-inch wide rear wheel instead of the standard 5.5 inch version given the design of the single-sided swingarm which is also home to the bikes paralever rear suspension.  Meanwhile, at the front, the upside down telescopic forks on the front come straight out of the S1000RR. 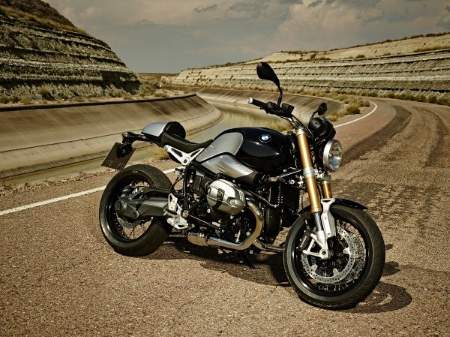 Which seat configuration would you go for? 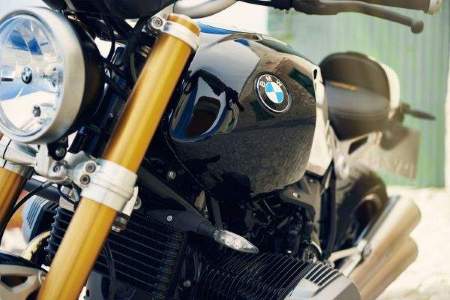 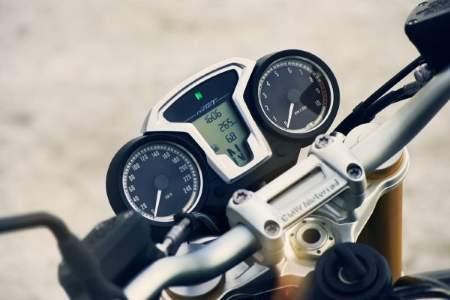