BMW Motorrad have announced details of their hotly anticipated 2014 R1200 GS Adventure, available to the public from the middle of March and with prices set to be announced at the forthcoming Motorcycle Live show at the NEC. 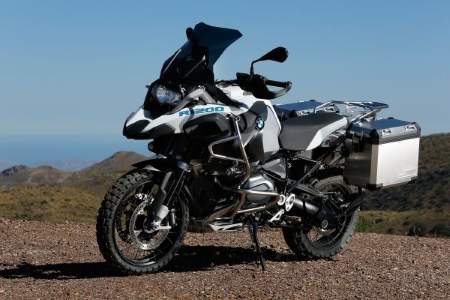 The bigger, bulkier and more off-road focussed version uses the twin-cylinder 1150cc water-cooled boxer engine which heaves the 260kg beast around at 125hp (7,750rpm) and should see her to 60mph in under 4 seconds. 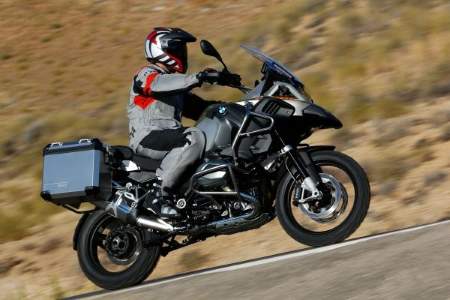 Like its younger brother, the R1200 GS , the new bike is built around a tubular steel spaceframe but one of the most significant visual differences is the 30 litre lightweight aluminium fuel tank compared to the plastic 20 litre version on the non-Adventure model.  This naturally adds to the overall weight of the new bike being 22kg heavier.

So, if you are more of an up-mountain, down-stream type of rider then this looks like the bike for you.  Keep an eye out for more details here at Bike Social.