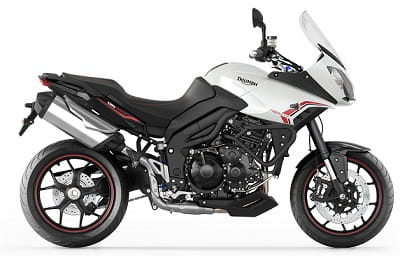 Triumph has breathed new life into its 1050cc Tiger by giving it new suspension, a single-sided swingarm and 10bhp more, and in doing so turned it into what must be one of the surprise hits of 2013.

The new 2013 Triumph Tiger Sport features new fairing and tail unit and all-new suspension to make the Tiger handle better than ever, plus 10bhp more from the three cylinder engine.

It’s designed as an adventure street bike that’s never meant to go off-road, whereas the all-new 2012 Triumph Explorer 1200 is Triumph’s Adventure bike with some off-road ability.

The engine gets a host of changes to the exhaust and intake system which results in a 10ps increase and 6Nm more torque. In true Triumph style, engineers have also worked on increasing the noise and growl of the bike to the rider, and by dropping one tooth at the rear sprocket the bike gets increased acceleration off corners.

At the front end, there are new headlights with four reflector style beams to boost the bikes looks and the performance of its headlight at night. From a rider's point of view they've improved the finish and the seat is 5mm lower at 830mm. It's longer too to create more space for taller riders. The handlebars are also lower, and at the rear, a new lower subframe means that larger optional panniers can be fitted, also helpoed by the single-sided swingarm and tucked in exhaust. In fact Triumph say the luggage capacity on the Tiger 150 Sport has doubled over the outgoing Tiger 1050.

As well as new fully-adjustable suspension front and rear, new radial brakes and new cast aluminium wheels unique to the new bike, the Tiger Sport also gets steeper geometry to increase the speed of steering, and a slightly longer wheelbase to improve stability. 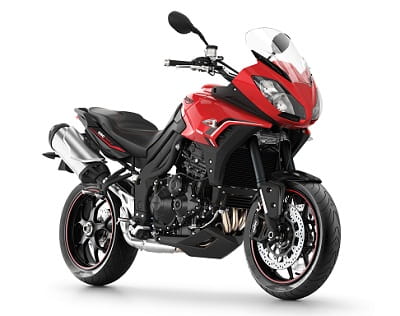