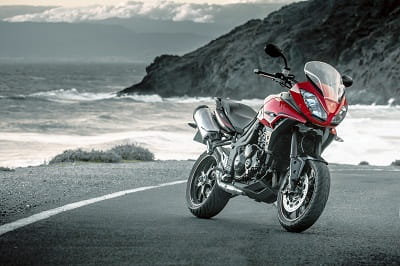 Sources close to Triumph have revealed the new 2013 Tiger 1050 Sport will have a similar price to the outgoing model. That puts it under £10,000 in theory, or according to a Triumph source, ‘around the price of the old one’.

With the Tiger 1050 costing £9099, and the SE version at £9999, we can expect the new Sport to come in around the price of the SE version, so you’re getting a 125bhp bike with the style, looks and attitude and performance of an adventure sports bike for less than £10,000 if that’s what Triumph finally decides on.

Compare that to a base-model Ducati Multistrada 1200 which starts at £12,750, no prices for the new KTM Adventure 1190 are yet available. But, the Triumph certainly looks good value, even if the Triumph is based on an older model, and the Ducati is way more powerful at around 150bhp. Definitely more than worth a look and a test ride though, we’d say. 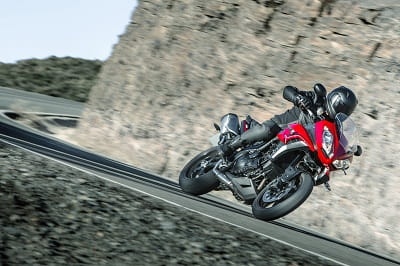 The new 2013 Triumph Tiger Sport features new fairing and tail unit and all-new suspension to make the Tiger handle better than ever, plus 10bhp more from the three cylinder engine. There’s a single-sided swingarm, a new shorter wheelbase, new brakes, wheels, a stronger subframe and new geometry too.

Sources close to the factory have said the changes to the bike run far deeper than the spec sheet may suggest and that it feels very different to ride, much more taut on the road and gives a much more sporty ride than its predecessor, with the very obvious bonus of 10bhp more.

We’ll be getting a ride on it very soon hopefully.