Bikes on TV in February! 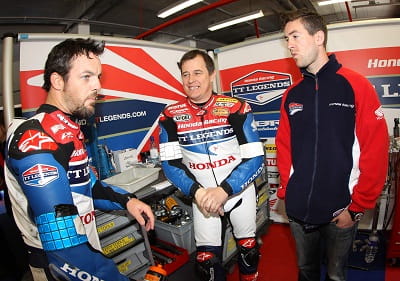 For years we�ve all been asking for more bike shows on TV and finally it looks like we�re getting it with two new TV shows about bikes showing in February on ITV4. Following on from the success of the Isle of Man TT shows over the last couple of years, ITV4 have jumped in with a host of news shows including an eight-part show on the Honda TT Legends.

Next Monday (February 4), TT Legends kicks off on ITV4 and follows the Honda TT Legends team through their 2012 season � from the World Endurance championship to the Isle of Man TT � the show were granted exclusive access to the team.

It follows John McGuinness, Cameron Donald and Simon Andrews through their World Endurance season and starts at the Bol D�Or  24 hour race in France, then goes on to Doha, Germany and Japan for the legendary Suzuka 8-Hour, and the Le Mans 24-hour. It also includes exclusive footage of the Isle of Man TT and the NW200. 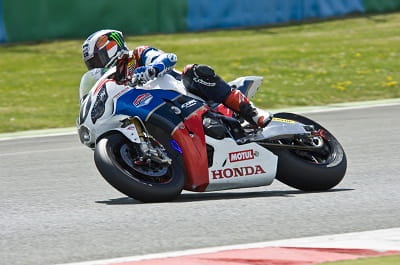 One of the men behind the show, Duncan Rycroft, said: �The TT Legends have a fascinating story to tell and we�re delighted to have brought it to life. Our crews have travelled everywhere with them, from bullet trains in Japan to Cameron�s makeshift motorhome in Northern Ireland. This series is an extraordinary tale of human will and endeavour played out at 200mph. ITV4 is a natural home for it and we�re thrilled to be working with them.�

A new one-off documentary based on the characters, riders and organisers of the Manx Grand Prix will be shown on ITV4 on Tuesday February 5 at 8pm.

The one-hour film, called 'Grand Prix Racer', was shot before and during the 2012 Manx Grand Prix on the Isle of Man. It will also be available on DVD from Monday March 14.

Rob Hurdman, Director, Greenlight TV and Producer of Grand Prix Racer, said: �The documentary will provide an interesting and exciting insight into the Manx Grand Prix and the role it plays in real road racing. It provides a close up study of the passion, the commitment and the drama that happens at grass roots racing.�

The Manx Grand Prix takes place this year on Wednesday 28 and Friday 30th August 30. Practice and qualifying commences on Saturday, August 17 and runs through to Friday, August 23.