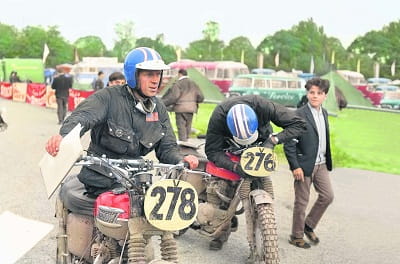 Remember the days of oily, stinky wax cotton jackets for riding in? You know, the jackets like the one McQueen used to ride dirt bikes in? Well, those days are back as Barbour announce a new range of motorcycle kit in the style of the original Barbour International jackets, as predicted by Bike Social back in October.

The modern day Triumph Bonnies and Norton Commandos may not be leaking oil these days, but the styling’s still the same, and now, so are the jackets we can go and buy, but with a few new touches. 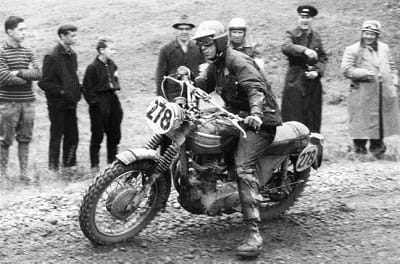 Looking like they’ve just stepped off the back of Steve McQueen at the International Six Day Trial, but hopefully not as stinky, the jackets now come with a touch of the modern about them, with CE approved armour and a back protector in every jacket.

Manufactured in an 8oz wax cotton, Barbour’s International motorcycling jacket features a near identical specification to the original, albeit with a new waterproof tartan lining and a reflective belt. 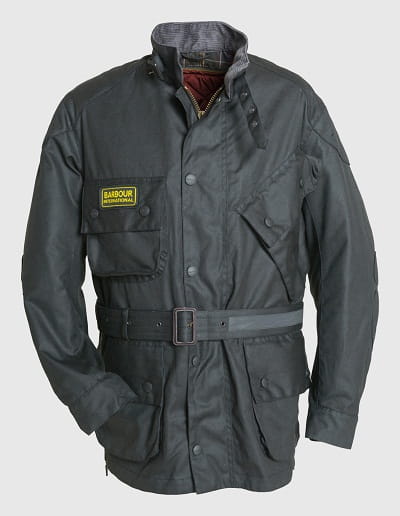 The jacket also features a dark red satin zip-out thermal liner, which can be removed on warmer days and, naturally, the International’s distinctive diagonal chest pocket, originally introduced in 1951 for quick access to maps with a gloved hand.

Barbour has also developed wax cotton over-trousers that zip together with the International motorcycling jacket. The trousers also feature CE-approved armour in the knee and hip areas, as well as a waterproof lining.

Following its original launch in 1947, the International quickly became a firm favourite amongst motorcyclists, and in the 1954 International Six Day Trial more than 70% of competitors wore the jacket.

Steve Buck, managing director of Barbour, said: “In recent years, traditional and classic motorcycles have become increasingly popular. Many of our customers told us that they prefer to wear traditional motorcycle clothing when out on their bikes, but that it needed to include protective armour.

“We have listened to our customers,” he continued, “and we have created the Barbour International Authentic Motorcycle range that not only looks the part but also offers significantly enhanced levels of protection for the rider. The jacket and trousers are almost identical in design to those originally worn by riders from the 1940s through to the 70s, so our motorcycling heritage has been incorporated into these garments for a truly authentic look.”

The Barbour International Authentic Motorcycle jacket will be priced at £399.99, including elbow and shoulder armour and a Level 2 back protector. The trousers will be priced at £239.99 and will incorporate knee and hip armour. They’ll be on sale in March from MotoLegends.