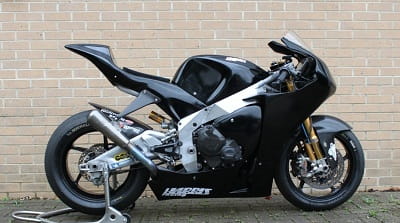 We’ve all sat and watched Scott Redding and Bradley Smith fighting for podiums in Moto2, but have you ever fancied having a go yourself on a real-life Moto2-spec bike?

Okay, so most of us wouldn’t be quick enough to even qualify in Moto2, or have the money to pay for it, but that doesn’t mean you couldn’t buy a full Moto2-spec bike for track days!

This full Moto2-spec Honda CBR600RR-powered prototype is the same spec as the Harris bike that Kenny Noyes set pole position on at the 2010 French GP. 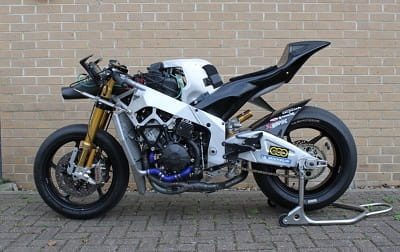 The Honda-powered motorcycle was built for the Spanish CEV Moto2 championship using the same rules and regulations as Moto2, and was raced by young Spanish stars Jordi Torres and Dani Rivas, who won the manufacturer's title.

It was also contested by Dan Linfoot and Tommy Aquinno in the 2011 Spanish CEV Moto2 championship and had three outings in the CEV 2012 ridden by up and coming Italian rookie Frederico D'Annunzio.

It truly is a once-in-a-lifetime opportunity, although bizarrely Harris Performance also have a Yamaha-powered prototype for sale in a similar spec as the Honda pictures here.

Lester Harris said: “The bike was built in 2010 to contest the Moto2 GP championship but it has been a factory development chassis and as such has been constantly updated to Harris 2012 race specification. The power unit is Honda CBR600RR prepared in 2011 specifically to comply with Spanish CEV championship regulations and has been maintained accordingly.” 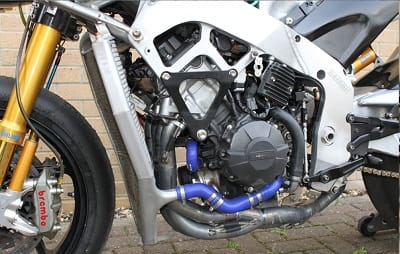 The spec list of the bike is like a MotoGP anorak’s dream Christmas list. It includes a prototype Harris Performance frame and swingarm with adjustable steering head and swingarm pivot position.

The bike also comes equipped with a spare set of wheels and chassis adjusting kit. For all enquiries call Lester Harris on 01992-532607.

For thousands of bikes for sale (though probably not Moto2 bikes) go to Bennetts Classifieds: http://classifieds.bennetts.co.uk/