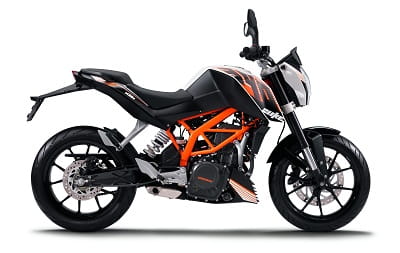 Following on from the success of its KTM Duke 200 earlier this year, meet its bigger brother - the new KTM Duke 390.

The single-cylinder 375cc liquid-cooled motor makes a claimed 44bhp, which means it falls in line with the new A2-licence law.

The bike weighs in at a claimed 150kg when wet (but without fuel) which puts it way in front of most of its rivals, like Honda’s CB500F for instance, in the weight department. No prices for the new bike are yet available. 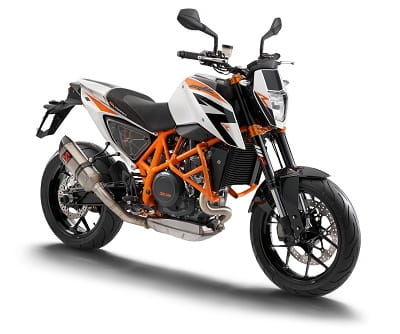 As well as the new 2013 Adventure range, KTM also unveiled a new 690 Duke R at the Milan Show. It features a 70bhp single-cylinder motor and stiffer suspension. It is basically a replica of the bikes that were raced in the 2012 KTM European Cup.