Audi on Ducati: "The honeymoon period is over" 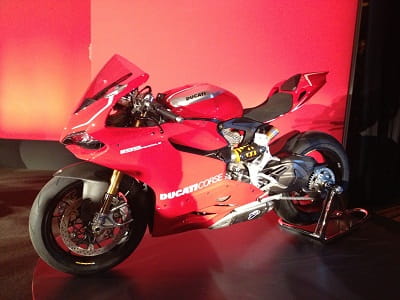 Ducati’s new owners have spoken out for the first time about their plans and support for the Italian bike makers, stating that despite German ownership, “Ducati will be Ducati.”

Audi bought Ducati this year and were speaking about their ownership of the legendary Italian marque at a conference in Milan attended by Bike Social.

One of the men tasked with shaping Ducati under Audi’s ownership, and Audi board member Luca de Meo said: “We will send out a message based on Ducati being filled with passion from the whole team at Audi." 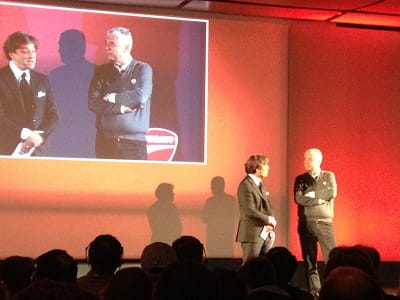 He added: “This is not just a financial marriage, it is based on passion, love and respect. Audi think that this is a privilege. Ducati has to stay Italian and it is one of the biking icons of Italy. The honeymoon period is now over but we have a very solid foundation to build on and (Ducati CEO) Del Torchio is doing something extraordinary. We will always give our support and we can’t wait to strengthen Ducati’s position even further.”

Ducati CEO Del Torchio also hinted that we may see Ducati’s with Audi branding next year.

Ducati previously had a relationship with Mercedes AMG through Ducati Corse’s racing connections. A very limited run of AMG Mercedes branded Ducati Diavels were made and slipped through the net before the Audi deal was set in stone, according to one senior Ducati source.