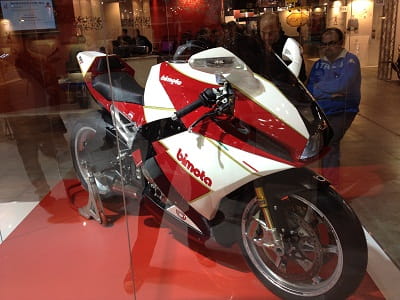 Bimota is back with three new bikes for 2013.

The legendary Italian firm launched a host of new bikes at the Milan show including a BMW S1000RR-powered concept bike and the firm’s first-ever sports tourer which is powered by a Ducati Diavel engine!

If that wasn’t enough, they intend to put a supercharged Bimota into production and they have plans for an 1199-powered bike.

The new DB12 Tourist is the firm’s first ever sports tourer and because of that it gets a terrible name, and panniers, plus an upright riding position and a full-fairing. It’s designed for all day riding over long distances while still delivering that true Bimota exotic sports behaviour. 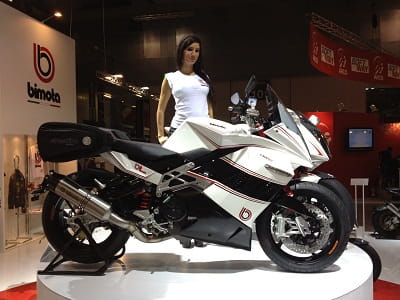 The new V-twin powered bike makes around 161bhp although they are also working on a version with a new 1199 Panigale engine fitted, our sources say.

The BMW-powered concept, known as the BB2 (Bimota-BMW 2) has a real touch of the eighties about its styling but is built to gauge reaction. The bike features a four-cylinder BMW S1000RR motor and fully enveloped fairing a bit like an old Ducati Paso. There’s also a massive swingarm which is one of the most sturdy we’ve seen this side of a MotoGP paddock!

Bimota said they will definitely put a BMW S1000RR-powered bike into production, though we believe it is unlikely to look like this.

The Bimota BB1 of the nineties used a BMW 650 single cylinder engine from a BMW F650GS.