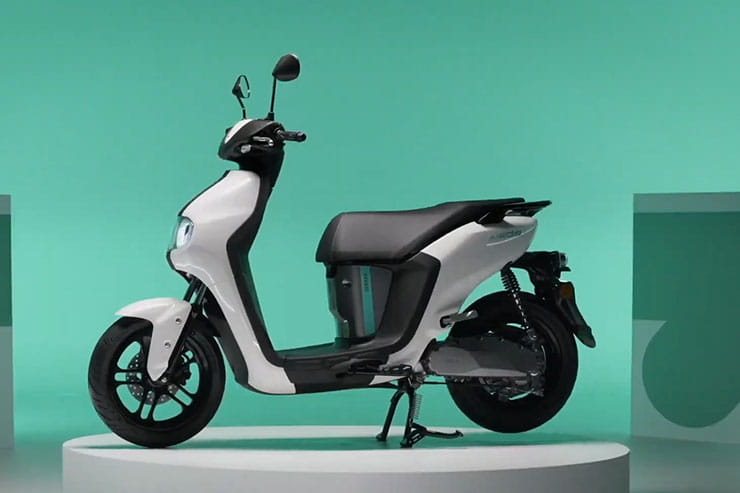 We’re still a couple of weeks from the official launch of the new Yamaha Neo’s electric scooter that was previewed at last week’s online reveal but the bike’s initial specs including performance details have now emerged courtesy of its type-approval information.

As a machine that’s designed to fall into the moped class, competing against 50cc petrol-powered rivals and able to be used by 16-year-olds – and 14-year-olds in some parts of Europe – the Neo’s was never going to be fast. The official approval details show that the machine is rated at 2.3kW of power, which is equivalent to 3bhp, although it’s worth bearing in mind that approval figures for electric bikes reflect the maximum continuous power that they can muster rather than the absolute peak. For brief periods, most electric models can pump out close to twice their rated continuous power.

The bike’s official top speed is 44km/h, which is a smidge over 27mph. That’s sure to be a figure governed by the bike’s electronics to comply with the legal maximum of 45km/h (28mph) that bikes in the moped class can’t exceed. The numbers are a close match to those of the new machine’s direct predecessor, the four-stroke, 50cc Neo’s 4, which makes 2.2kW (2.95hp).

As usual with electric bikes, the maximum torque vastly outweighs the peak power, with the Neo’s rated at an impressive 38lbft – more than 16 times as much as the four-stroke Neo’s 4’s 2.3lbft maximum. That means there’s no need for a variable-ratio transmission, as the motor alone has plenty of grunt from zero revs. 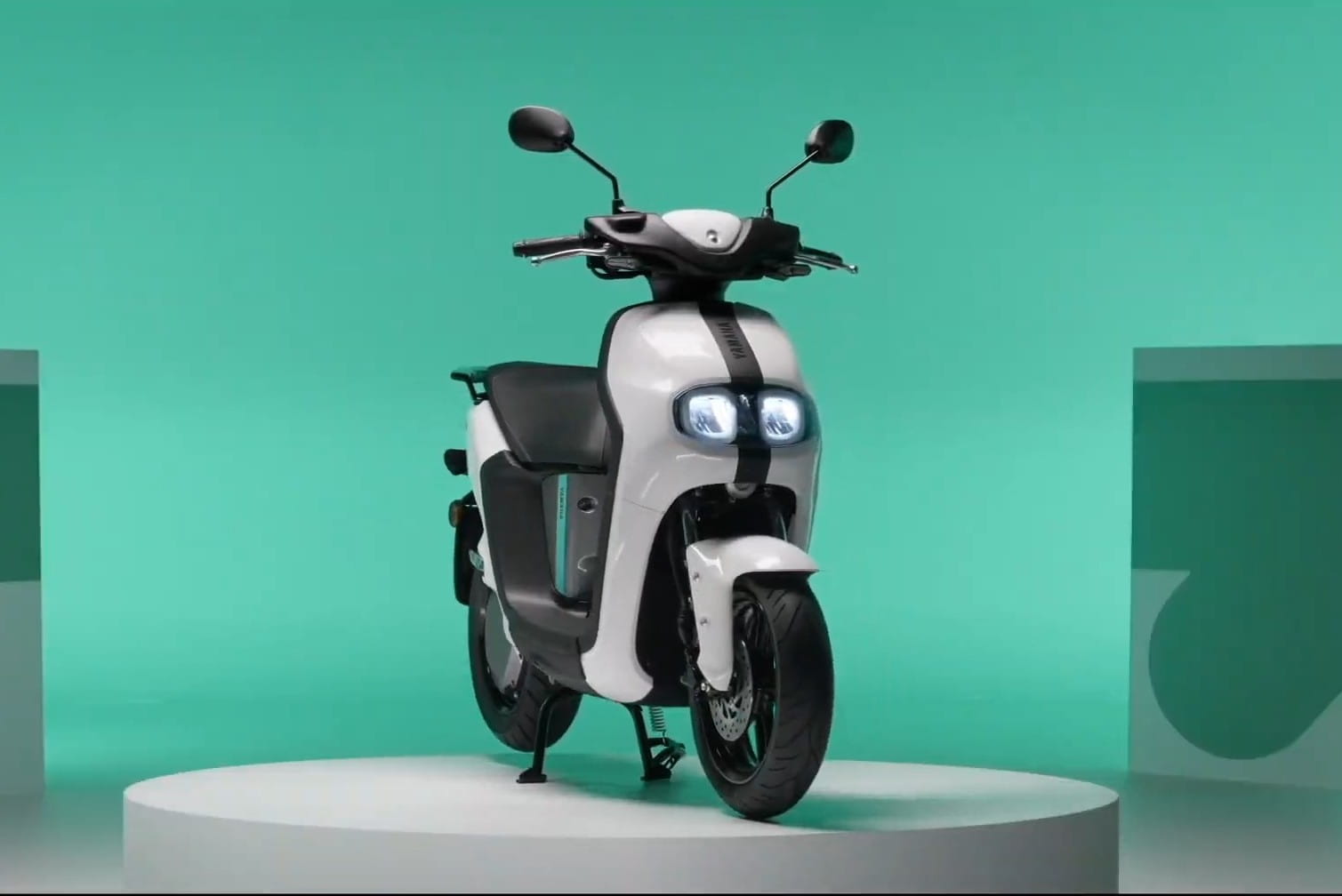 The new bike’s dimensions are also within spitting distance of the existing Neo’s scooter. It’s 35mm longer than the current petrol bike and around the same amount wider, and there’s a similar stretch to the wheelbase. Some of that growth comes down to the fact that the new machine has larger, 13in wheels instead of the old 12-inchers.

As on the current model, the front brake is a hydraulic disc while the rear is a cable-operated drum.

Given that electric bikes are often hampered by the mass of their battery packs, the Neo’s electric does well to come within a whisker of the petrol-powered Neo’s 95kg wet weight. It seems Yamaha will launch two varieties of the Neo’s electric, one weighing in at 98kg, the other 8 kilos heavier at 106kg. With no other differences in their dimensions, it’s possible that the heavier machine has either a larger battery pack or an extra battery to boost range. We already know that the battery pack itself will be removable, allowing owners to take them indoors to charge; particularly useful if you have no off-street parking.

The leaked details leave two big question marks over the new Neo’s: range and price, which will be central to the machine’s success. The petrol Neo’s 4 is good for a theoretical 150-mile range between fill-ups of its 5.4-litre tank if you can achieve its rated 128mpg, and costs £2674. Both numbers will be tough targets for the electric version to beat, but if it can come close – at least on the price – it could be the most convincing electric Yamaha yet.