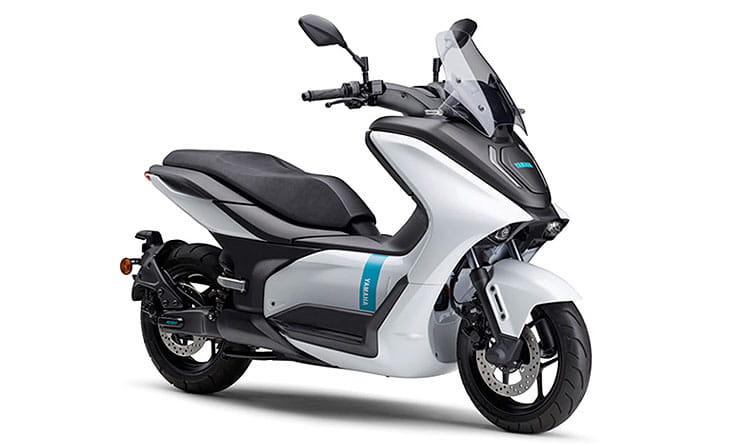 Yamaha has pulled the wraps off the E01, its first 125cc equivalent electric scooter that will be offered as a zero emissions alternative to the top-selling Yamaha NMAX 125.

Coming days after Yamaha officially entered the increasingly competitive electric scooter segment with the quirky Neo - a 50cc equivalent EV urban run-around - it has now launched the E01 in a low-key reveal restricted to its Japanese website.

Coming three years after the E01 was first previewed as a concept at the Tokyo Motor Show, the final production version remains faithful to the showstopper, with only minor tweaks in the styling.

Similar in size and power to Yamaha's NMax 125 - the best-selling powered two-wheeler in the UK in 2021 - the E01 shares a similar silhouette but gains its own styling direction in the detailing, notably flat front-nose that houses the charging port, while dual spotlights lurk underneath in a look not dissimilar to that of the R1 sportsbike.

A closer glance reveals the E01’s electric powertrain with a low, flat and broad underbelly that doubles as the battery pack and the seating area.

Under the skin, the E01 makes 8.1kW of power - approximately 11hp - and 30Nm of torque, with a claimed range of around 65 miles from a full charge.

Three charging systems will be made available - a normal charge, portable charge and a quick charger - with the latter said to ensure 90% full battery in just an hour. However, unlike the Neo and the Taiwan-market EMF revealed earlier this year, the E01 won’t be available with swappable battery capabilities. 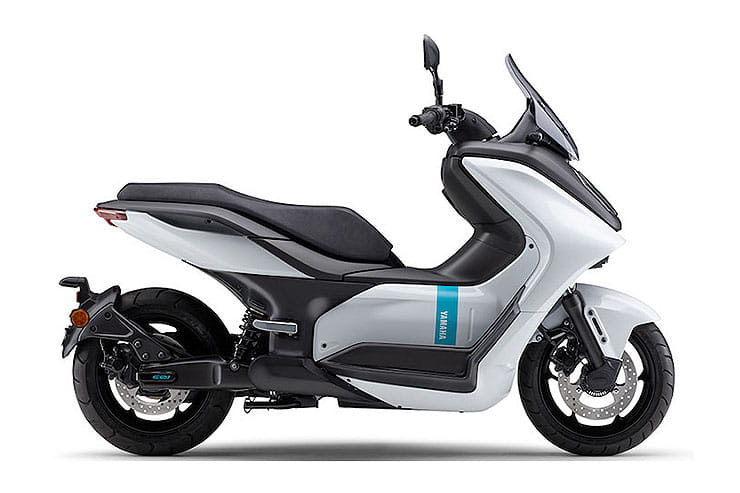 Despite the rather muted global distribution of information from Yamaha, the manufacturer has said it plans to launch the E01 in Europe later this year, though the silence suggests it could undergo some tweaks for western audiences.

If you happen to live in Japan though, Yamaha has launched the E01 with some tempting incentives as it seeks to encourage riders to adapt to greener mobility.

In May, Japanese applicants aged 20-years or older and holding a small motorcycle licence can apply for a limited-time lease programme at a monthly cost that works out around 20,000 yen (or around £130) a month.

While it is small in size, the importance of a model like the Yamaha E01 cannot be underestimated as it not only looks to embed itself into the firm’s immensely popular global scooter range but also set in motion Yamaha’s greener ambitions for the future.

Of the four big Japanese manufacturers, Yamaha and Kawasaki are a significant way down the road towards electrification, compared with Honda and Suzuki.

Indeed, Kawasaki is planning to reveal as many as three alternative fuel motorcycles in 2022, thought to be two electric motorcycles and one hybrid model.

Meanwhile, Honda is expected to hit the market in 2024 with a low-capacity electric model around the size of the CB125F.