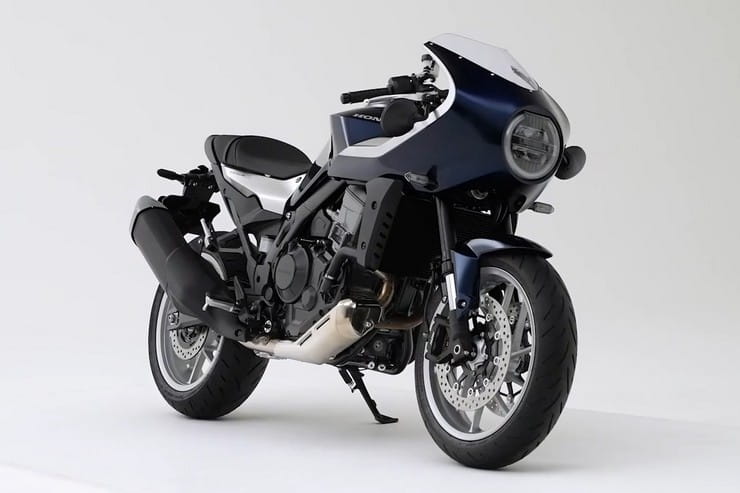 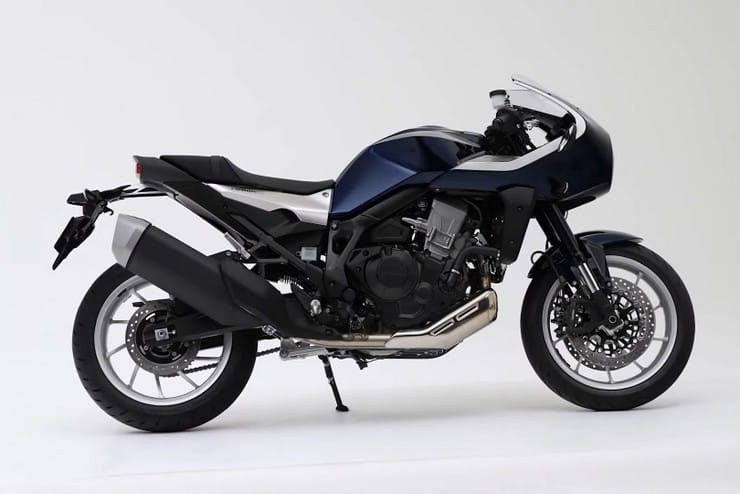 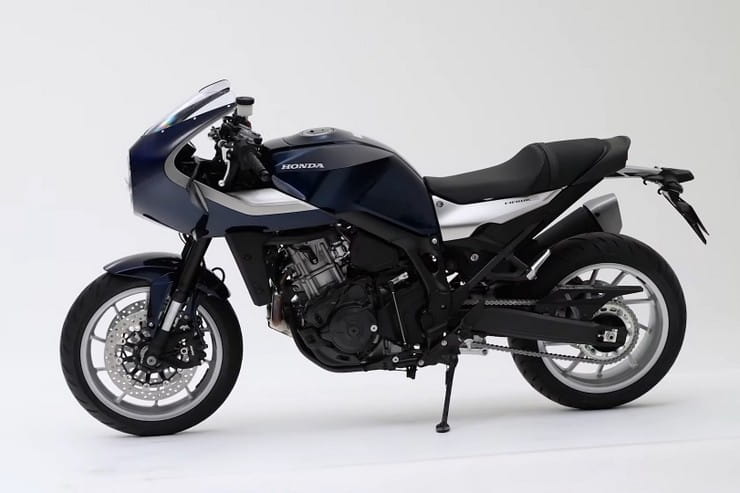 After a brief teaser campaign Honda has taken the wraps off the Hawk 11 in Japan – revealing the bike in full but still leaving questions hanging over its final specifications.

Make no mistake, though, this is a full production model rather than some sort of concept bike. Based heavily on the Africa Twin and NT1100, it demonstrates the versatility of that platform by showing the same frame and engine can be used on a sports bike as well as an adventure model and a tourer.

The bike’s styling is a clear nod to the 2017 Honda CB4 Interceptor concept. That machine took the CB1000R as its basis and added a bullet-shaped fairing, expanding the retro-inspired ‘Neo Sports Café’ styling direction of the base CB1000R and the CB650R to a cowled model for the first time.

The Hawk 11 might follow a similar look, but it opts for the larger-capacity but lower-powered Africa Twin’s 1084cc twin for its power, also borrowing that bike’s steel frame as well as the NT1100’s swingarm and 17-inch wheels. 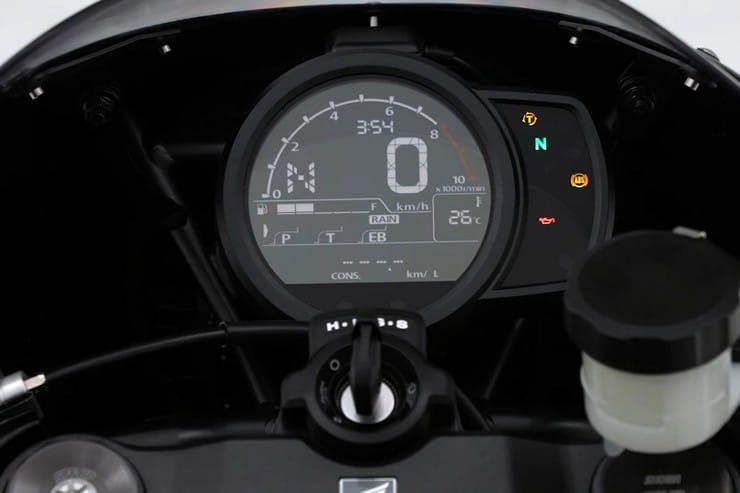 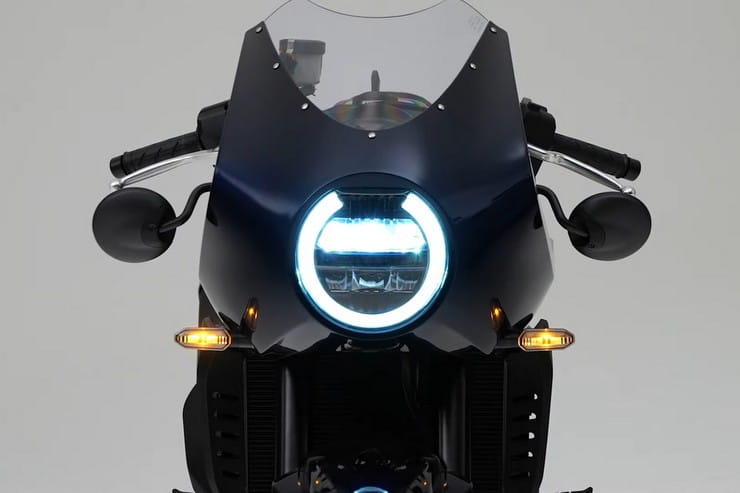 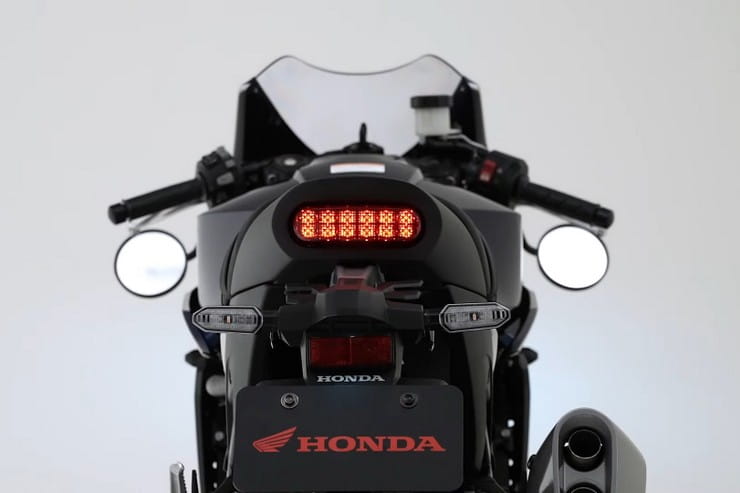 It might seem odd to base a sports-oriented street bike on parts from an adventure model and a tourer, but Honda’s thinking is clear: sharing as many components as possible brings down production and R&D costs, making it viable to sell niche models that would otherwise make no financial sense. So rather than complaining about the bike’s borrowed parts, we should celebrate them – without the popularity of the Africa Twin, the Hawk couldn’t exist,

There’s a certain honesty to the idea, too. After all, the original café racers of the 1950s and 60s were derived from heavier, mass-made models with parts stripped off and geometry changes to make them lighter and sportier. The Hawk simply does the same thing.

The wheels and swingarm might be from the NT1100 tourer, but the Hawk appears to have its own set of forks, still Showa SFF-BP units like the NT’s, but different in detail and probably shorter to give a steeper steering angle and reduced wheelbase.

While there’s a relative lack of specifications at the moment, Honda has revealed that the bike has a six-speed manual transmission – no sign of the optional DCT semi-auto that’s available on the Africa Twin and NT1100 – and that the engine features a variety of riding modes and power settings, just like the bikes it’s borrowed from. Strangely, Honda claims its capacity is 1082cc, rather than the 1084cc of the other models, but it seems more likely that’s down to how the size has been calculated than a genuine change in bore or stroke, which would add cost and defeat the main object of making the Hawk cheap to produce. In terms of performance, the NT1100 and Africa Twin both have 101hp and 77lbft of torque, so there’s no reason to believe the Hawk’s figures will stray far from those marks. 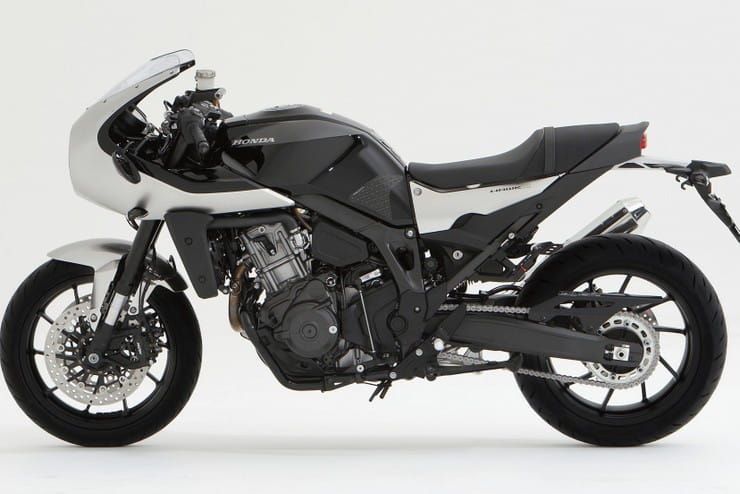 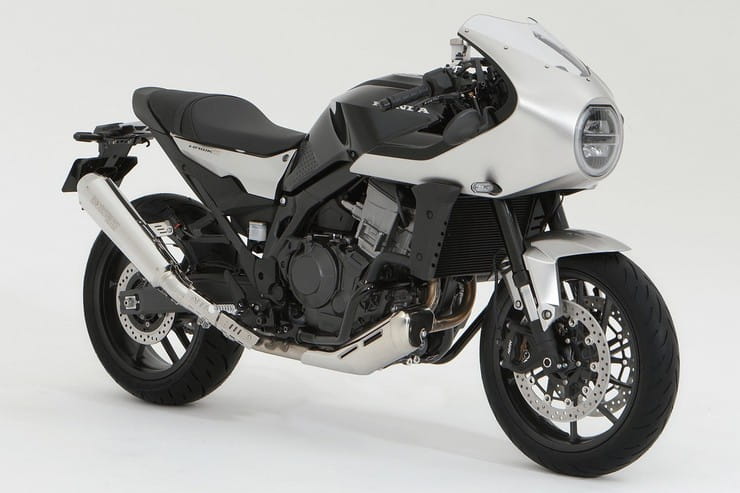 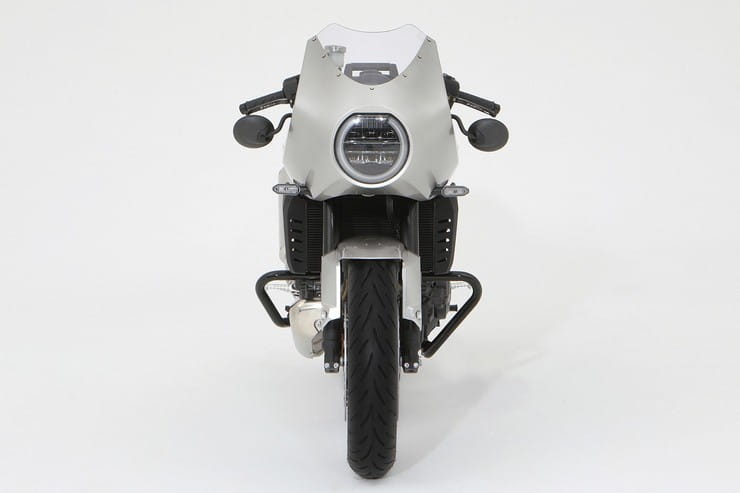 Like the NT1100, the Hawk 11 has Nissin radial brakes, but the calipers appear to be different despite clamping on the same discs. It also appears to use the lighter rear subframe from the Africa Twin rather than the NT1100’s heavy-duty, luggage-carrying version.

On board, riders are greeted by a simple LCD dash, with all the info displayed in a single, circular gauge – again a nod towards cost reduction that hopefully bodes for a low price when Honda gets around to revealing its full specifications and production plans.

There are already plans for a clothing range to match the bike as well as a set of optional accessories. Honda’s presentation included a modified version of the Hawk 11, featuring a Moriwaki exhaust can that’s notably slimmer than the hefty-looking stock version, as well as rearset pegs. It also showed a different, silver and black colour scheme that’s likely to be a second production option.

At the moment, Honda’s announcements about the Hawk have only been in Japan, raising questions over whether the bike will be sold worldwide, but given it’s based on a Euro5-complient engine, it would be simple to homologate for global sales. More details are expected to be announced next weekend at the Tokyo Motorcycle Show.