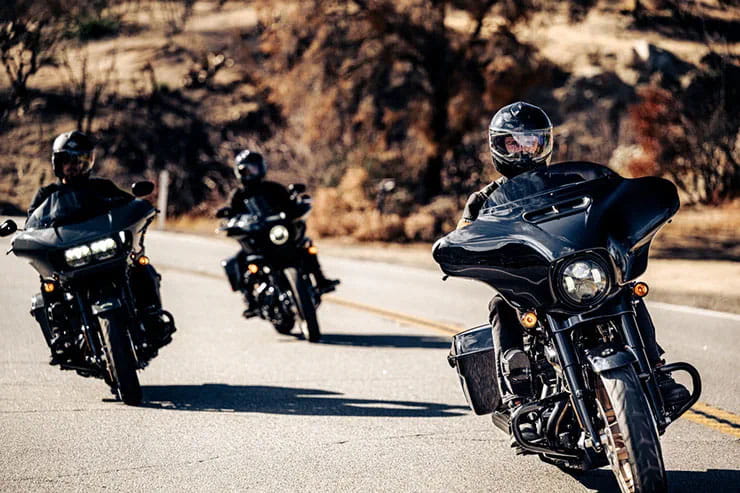 Harley-Davidson has announced it is suspending all business in Russia as a consequence of President Vladimir Putin's decision to launch a vicious invasion on neighbouring Ukraine.

The American manufacturer released a short statement confirming it will not be honouring orders to Russian customers and shutting down its business interests in the nation, while offering its sympathy to those in Ukraine affected by the conflict.

The statement read, "In light of the crisis in Ukraine, Harley-Davidson has suspended its business in Russia and all shipments of its bikes to the country. Our thoughts continue for the safety of the people of Ukraine and those impacted by the crisis."

While Harley-Davidson doesn't reveal sales figures for Russia itself, it is part of the Europe, Middle East and Africa portion of its statistics reporting, which accounted for 31% of its global sales in 2021. The firm has around 10 dealerships across the country.

Putin has previously been photographed riding Harley-Davidson machinery in promotional shots, one of which was taken in Ukraine in 2018 after Russia had annexed Crimea.

Automotive firms GM, Jaguar/Land Rover and Volvo say they will be stopping shipments to Russia, while oil giants BP, Shell and ExxonMobil have announced their intentions to ditch their stakes in a number of Russian-flagged oil firms.

Meanwhile, CEO of MV Agusta Timur Sardarov - who belongs to a family of prominent Russian oligarchs - gave a stinging condemnation of Putin as a 'vindictive and paranoid liar'.

Following weeks of military build-up along its border with Ukraine, Russia invaded its neighbouring country on 25 February. Launching a barrage of strikes across several of Ukraine's key cities and towns, including the capital Kyiv, more than 2000 civilians are thought to have been killed in the conflict in less than a week.

The declaration of war has drawn almost universal condemnation around the world, though for now no country - beyond NATO forces - have moved to join the effort in defence of Ukraine.

Instead, other nations are targeting Russia economically with hard-hitting sanctions imposed across the country.

It is also prompting many high-profile businesses to sever ties in Russia, citing their outrage at what they considered an unjust attack.

Governments are hoping a heavy toll on Russia's economy will be key to forcing an end to the war, an approach that has already led to a number of high-profile business withdrawals across the board.