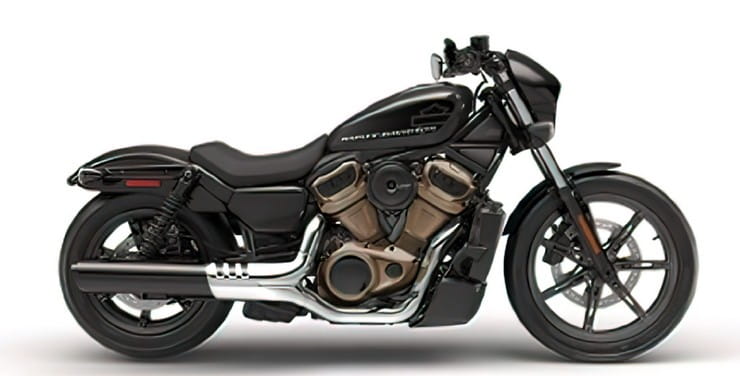 Harley-Davidson is on the verge of revealing the entry-level model of its new water-cooled ‘Revolution Max’ powered Sporster – a more classically-styled 975cc model that will sit below the current 1252cc Sportster S, known as the Harley-Davidson Nightster 975 and effectively replace the old air-cooled Sportster 883. However, rather than simply being called ‘Sportster’ the new bike will revive the Nightster name.

Images of the upcoming Nightster have already emerged, with close-cropped glimpses of the bike appearing at previous Harley-Davidson presentations, and full side-on pictures showing up in customer research documents, but until now the bike’s specs have been a mystery. We’ve known it had the Revolution Max engine, which debuted in the Pan America and the Sportster S in 1252cc form, and that Harley had also developed a downsized 975cc version of the motor, originally destined for the now-cancelled Bronx streetfighter project. Now, leaked technical information confirms that the smaller engine will appear in the new model. 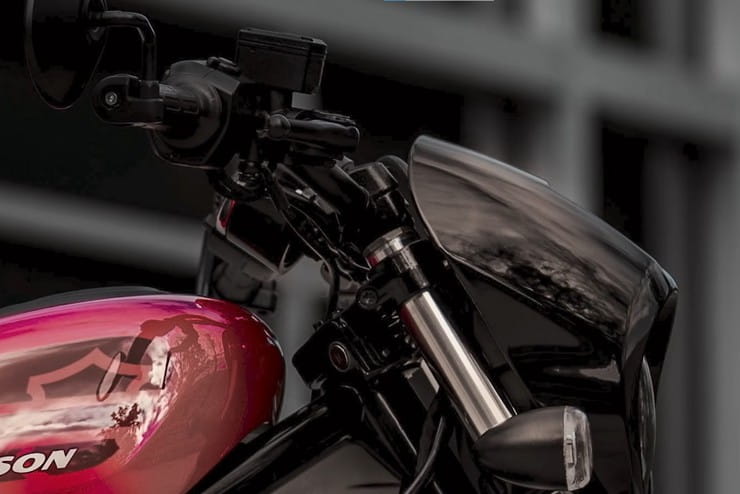 While the Nightster name sets it aside from the Sportster S, the bike goes under the codename ‘RH975’. Since the 1252cc Sportster S is the ‘RH1250S’ it’s clear that they’re both in the same family.

The new info shows that two versions of the new Nightster will be offered in Europe. One is a full-power model, with 88.5bhp at 7500rpm and 70lbft of torque at 5750rpm. The other is an A2-legal model, detuned to 44hp, the max unexpectedly arriving at 8000rpm, 500rpm higher than the peak of the full-power version. Torque on the A2 bike is down to 55lbft, coming at a low 3000rpm – the wide gap between peak torque and peak power suggests the bike has a power curve shaped like Uluru. For context, the 1252cc Sportster S has 121hp at 7500rpm and 92lbft at 6000rpm.

Understandably, the 975cc models have lower performance, with the unrestricted bike topping out at 112mph and the A2 version maxing at 96mph (the Sportster S hits 137mph flat out). 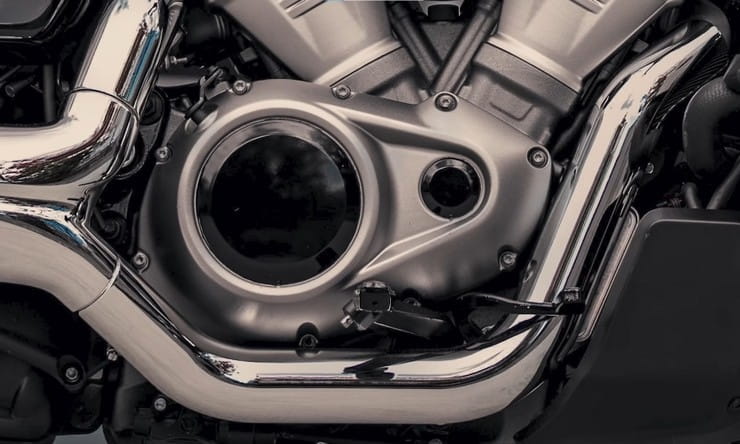 Engine aside, the Nightster differs from the Sportster S substantially in its chassis spec. There’s a more traditional twin-shock swingarm instead of the S’s monoshock arrangement, and right-way-up cartridge forks are used in the place of the S’s 43mm upside-downers.

As on the Pan America and the Sportster S, the engine doubles as the central section of the frame, and the steering head angle is around the same as the Sportster S’s 30 degrees. However, the Nightster has a more traditional look, with a longer rear mudguard and a conventional headlight wrapped in a small cowl. A single-exit, low-mounted exhaust replaces the S’s twin, stacked, high-level silencers.

The Nightster’s more traditional look is reflected in a longer wheelbase than the Sportster S, rising from 1520mm to 1545mm. It’s also a fraction taller – 1105mm vs 1085mm – but since the Nightster loses the Sportster S’s swingarm-mounted licence plate bracket, the overall length drops from 2270mm to 2250mm.

Weight is down compared to the 1252cc bike, too. The Nightster comes in at 221kg wet, including fuel, compared to 228kg for the Sportster S in the same form. That might, in part, be down to a fuel tank that’s fractionally smaller than the Sportster S’s 11.8-litre unit, allowing a longer, lower seat to be fitted for more comfort.

While the bars are the same width as the Sportster S’s, and similar in height, the Nightster’s pegs are mid-mounted rather than being forward-mounted, and along with the low seat that should make for a significantly different riding position. 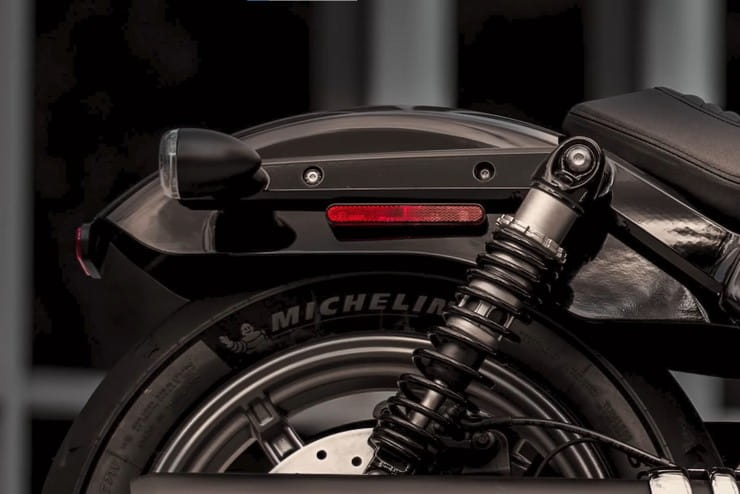 We’re waiting to hear exactly when Harley will launch the Nightster, but it’s not far away now. It’s already been months since the firm teased the new model, and it’s now type-approved for sale in Europe, showing both the full power and A2 machines have undergone all the required testing.

Watch this space for the official images and details as soon as they’re released.