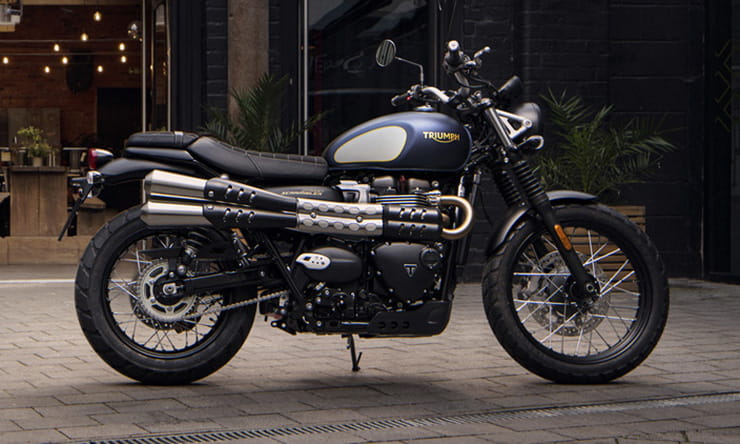 Triumph is to ditch the ‘Street’ designation for its smaller-capacity parallel twin models – the Street Twin and Street Scrambler – and bring them into line with their larger siblings by using their 900cc capacity in their titles to distinguish them from the bigger 1200cc models.

The use of the term ‘Street’ to identify a smaller bike started back in 2007 when the 675cc Street Triple was launched as an unfaired version of the Daytona 675. Replacing the Speed Four, it was called Street Triple to avoid confusion with the bigger, 1050cc Speed Triple that was available at the same time. The Street Twin joined the range in 2016 as an entry-level, less-retro, 900cc derivative of the all-new, 1200cc Bonneville.

Now that ‘Street’ term is to be dropped – at least from the Street Scrambler and Street Twin – which are set to be rebranded as the ‘Speed Twin 900’ and ‘Scrambler 900’ instead. 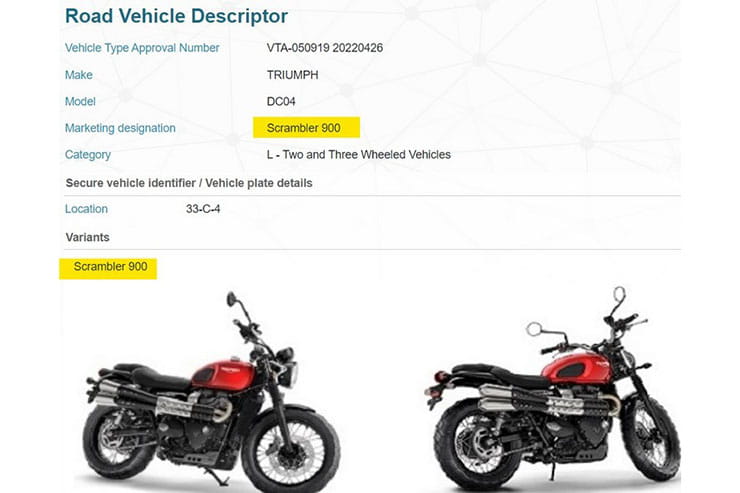 The confirmation of the move comes thanks to a new list of type-approved 2023 models published by the United States Environmental Protection Agency. It names both the new models, but with approval details identical to the Street Scrambler and Street Twin to indicate the new names won’t be accompanied by mechanical changes.

Further information can be found from Australia’s Road Vehicle Regulator. Like the US EPA, it carries lists of bikes that are certified for sale, and in April Triumph updated the listings for the Street Scrambler and Street Twin to reflect the new ‘Scrambler 900’ and ‘Speed Twin 900’ nomenclature.https://www.interregs.com/catalogue/details/aus-adr61_03/adr-61-03/vehicle-marking/

The Australian documents also show that the two bikes won’t get technical changes, carrying over the existing engines with no change to power, weight or emissions. Notes on the Speed Twin paperwork say: “This variation submission is to simply change the commercial name (Marketing Designation) from 'Street Twin' to 'Speed Twin 900'… only the side panels change…”

Nearly identical wording appears on the paperwork for the Scramber 900, showing that the only change will be the model name written on the side panels. Each Australian filing also includes pictures that show no changes to the bikes. 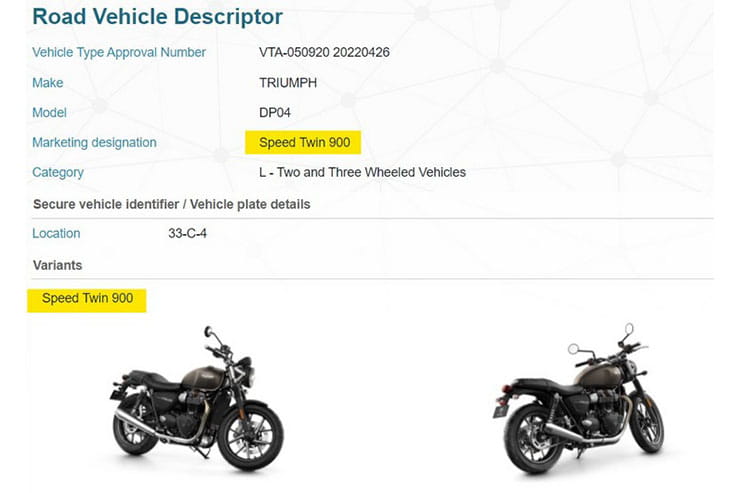 The switch is clearly due to happen for the 2023 model range, and since the bikes will be technically unchanged, they could be launched very soon. Triumph often reveals new colour options for carry-over bikes mid-year, so official news and pictures of the Scrambler 900 and Speed Twin 900 could emerge very soon.