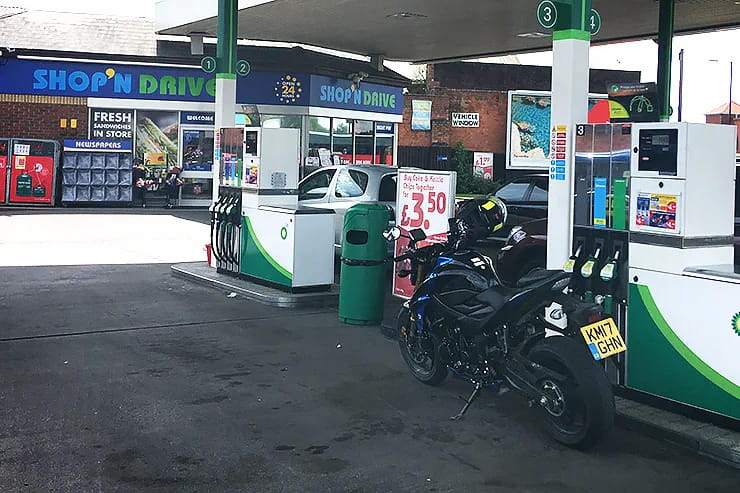 The Government is looking increasingly likely to step in and try to mitigate spiralling petrol prices after the latest figures show yet another record high.

Each week, the Government publishes average road fuel prices, using information from four oil companies and two supermarkets – covering around 65% of the market – to work out the average cost-per-litre of unleaded and diesel. Records have been tumbling this year, with the war in Ukraine making crude oil prices increasingly volatile, but the latest uptick in petrol cost has come despite a drop in oil values.

The average price of a litre of unleaded nationwide breach the £1.90 mark for the first time in history this week, hitting 190.93p-per-litre. The £1.80 barrier was only breached two weeks ago, so at this rate the spectre of £2 litres – on average, not just in pricy motorway services – is looking increasingly likely to become reality by the middle of July unless something is done to stop it. For diesel buyers it’s even closer, as the average price this week is already 198.93p-per-litre.

Back in March, the Government cut 5p from the fuel duty, dropping it from 57.95p-per-litre to 52.95p-per-litre. However, since 20% VAT is also added (on top of that duty), in realty the Government is making around the same in tax now as it was before March’s 5p duty cut. Right now, from 190.93p you spend on a litre of unleaded, 84.77p goes straight into tax. 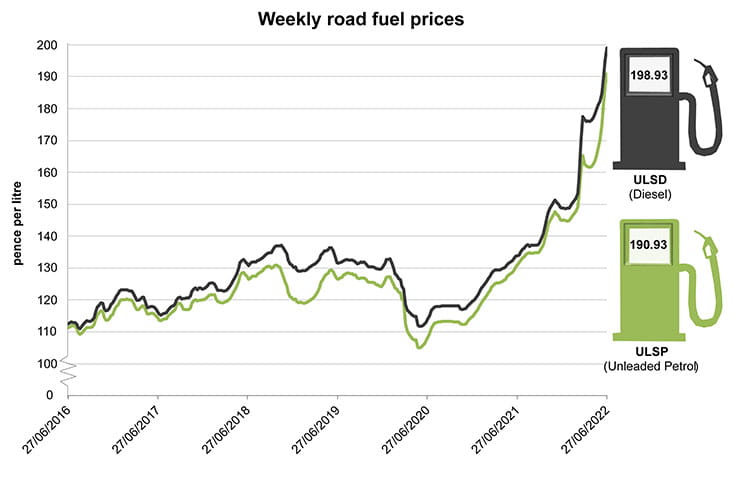 That’s a huge amount of money going into Government coffers. Each month, around 1.3 billion litres unleaded are sold in the UK, along with 2.4 billion litres of diesel. At current prices, including both fuel duty and VAT, that means around £3.2 billion in tax per month goes to the Government from road fuel. It’s far more tax revenue than was made back when fuel was a more typical 120 – 130p-per-litre that’s been the norm over the last few years, even though duty was at a higher rate.

So, in the midst of a cost-of-living crisis, rising fuel costs have brought a tax windfall for the Government.

Unsurprisingly, then, Chancellor Rishi Sunak has said in Parliament on Tuesday that he’s considering a further fuel duty cut in response to the latest round of price rises, and Boris Johnson dropped a further hint of upcoming cuts, telling reporters on Monday night: “At the pumps people are thinking ‘this Government could do more to help with the cost of fuel.’”

Normally, the cost of petrol and diesel closely tracks the price of crude oil, which has been high since the war in Ukraine started. However, Brent crude prices peaked at around $124 a barrel on 14 June, and have since dropped – a reduction that hasn’t yet been mirrored in the price of petrol.