Attack of the Clones. Shineray revives the Sportster engine 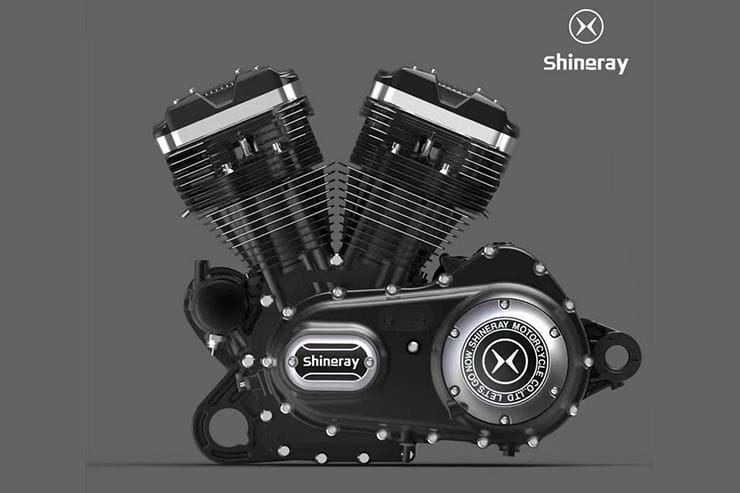 We’re getting increasingly used to seeing Chinese brands launching new large-capacity bikes and engines but the latest unveiling from Shineray is intriguing on several fronts.

First, it’s a big, air-cooled cruiser engine, aimed at a market that China has rarely entered before. Second, it’s been designed in Europe; Shineray owns Italian firm SWM, based in the old Husqvarna factory in Lombardia where it employs many old Husky staff and makes bikes that are derived from old, pre-KTM-era Husqvarnas. Shineray says the engine has been developed in Italy, so it’s likely to be using SWM’s facilities. Thirdly, it’s all but identical to the Harley-Davidson Sportster 1200 ‘Evolution’ engine that’s been dropped this year as Harley moves to its all-new, water-cooled Sportster range. 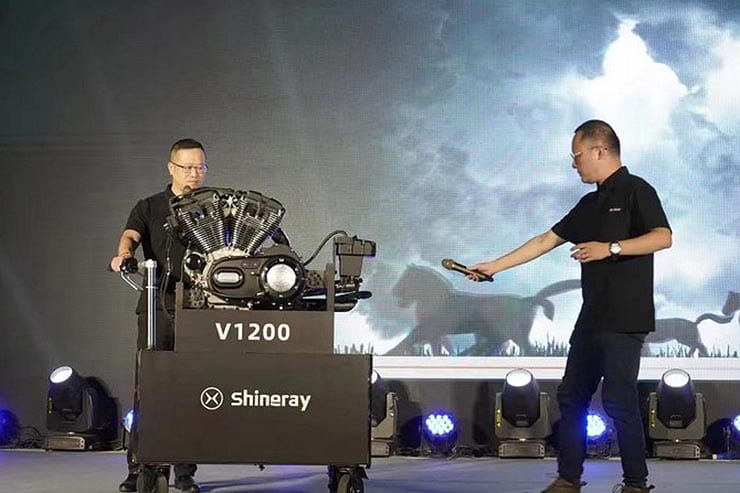 Although Chinese clones of existing engines are far from unusual, ranging from copies of the Honda C90 single to, most recently, a couple of machines with four-cylinder engines that appear to be cribbed from the Honda CB650 unit, the similarities between the new Shineray engine and Harley’s old Sportster unit are hard to ignore. When started on stage at its presentation, the engine even sounded like a Harley – see a video of it here.

Of course, with a 45-degree V-angle and presumably the same crankshaft arrangement used by Harley, a similar note was inevitable. Shineray says that the engine was ‘developed independently’ but put side-by-side with a Harley 1200 twin, the badges are the only obvious visual difference. 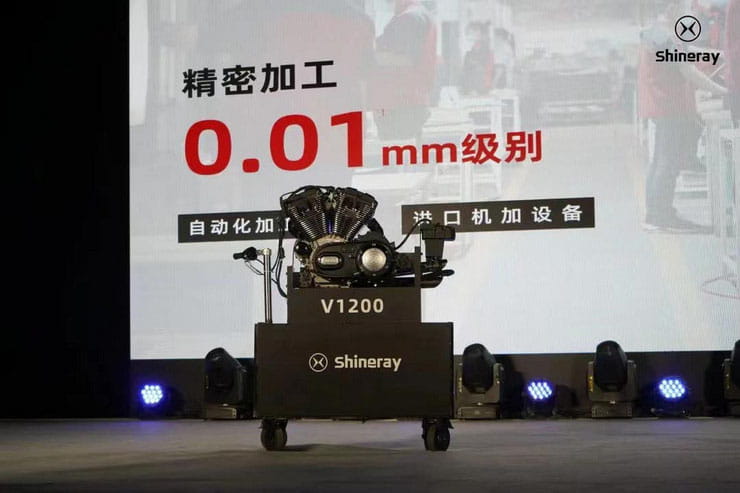 Shineray says that to make the engine it’s set up a new machining centre with accuracy of up to 0.01mm, as well as assembly facilities to ensure it can meet demand and have consistent quality. During the engine’s development, the firm claims to have improved the crankshaft rigidity and strength, boosting durability by 25% under high-load conditions, and improved heat dissipation by 10% thanks to better cylinder head heat sinks and oil circulation. Strengthened pistons, cooled by oil jets underneath, are said to add more reliability and longevity.

Like the Harley 1200 engine, the Shineray ‘V1200’ has four camshafts in the cylinder block, each driving a pushrod to open a rocker-operated valve. That layout gives the signature, parallel pushrod tubes running up the right-hand side of the cylinders.

Given that Harley has drawn a line under the Evolution engine, it’s quite possible that Shineray has bought a licence to make the engine rather than simply copied it, using its own facilities to modify the design and earn the ‘developed independently’ tag.

The bikes carrying the new engine are due to be revealed in the Chongqing Expo in September this year. Given that the engine is developed in Europe – and the changes compared to its H-D inspiration could well be to meet modern emissions limits – there’s a good chance that something carrying the V1200 could be sold over here. 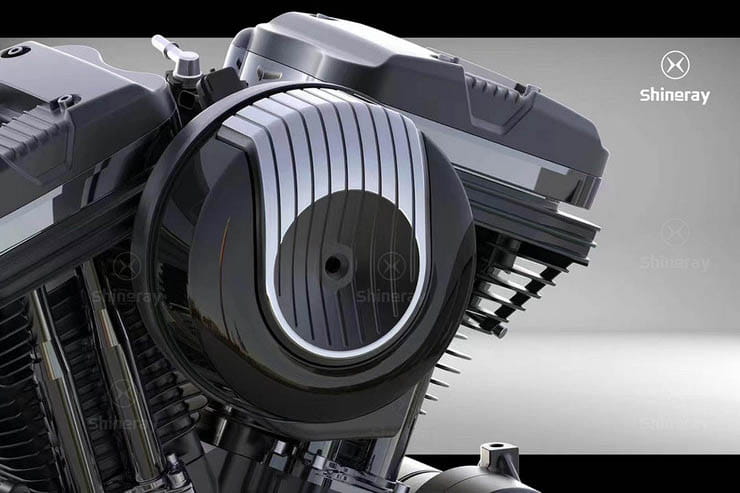