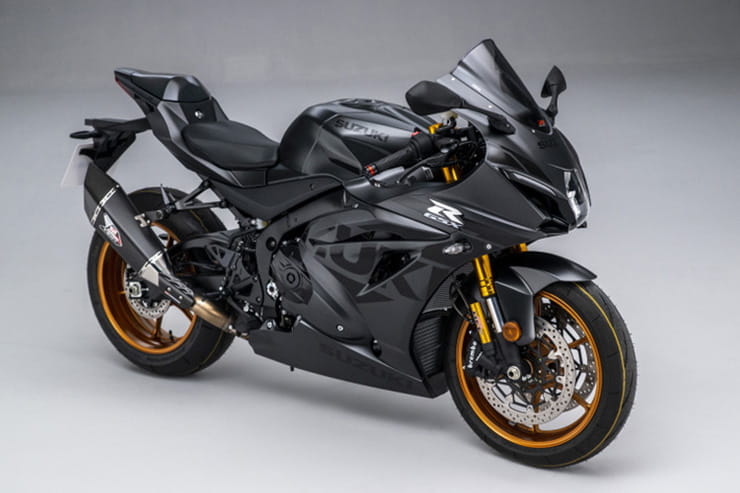 Without changes to meet the current Euro 5 emissions rules Suzuki’s GSX-R1000 can no longer be sold in Europe or the UK in after the end of 2022 – and we’re hearing that those changes aren’t going to be made in time to meet that deadline.

That means the GSX-R1000 will follow in the footsteps of the GSX-R600 and GSX-R750, disappearing from Suzuki’s showrooms in this part of the world. With it we effectively lose the last link to the superbike that essentially launched the entire class when the 1985 GSX-R750 set the template for alloy-framed, four-cylinder superbikes. For the first time in decades there will be only three Japanese four-cylinder superbike options on the table for customers – the Honda Fireblade, Yamaha R1 and Kawasaki ZX-10R – with no Suzuki option. Without the surprise launch of an updated 2023 GSX-R1000 that meets Euro 5 rules, which is understood to be off the table at the moment, the only Suzuki left wearing the GSX-R badge in European markets will be the learner-legal GSX-R125. 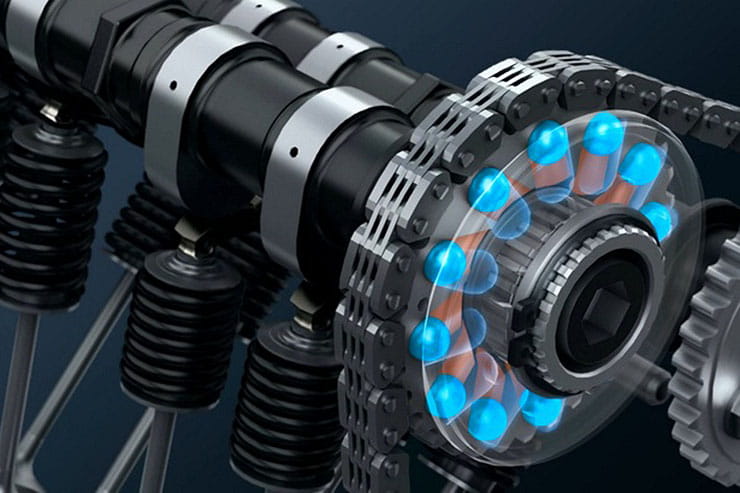 Launched as a clean-sheet new model for 2017, the GSX-R1000 is actually among the most modern and a sophisticated litre superbikes on the market, which makes the delay in revisions to meet Euro 5 rules all the more surprising. In its current state, the GSX-R1000 is the only Japanese litre superbike to have adopted variable valve timing, using an automatic mechanical system relying on centrifugal force rather than electronic or hydraulic actuation. It's not as sophisticated as the VVT offered in the BMW S1000RR, which uses the firm’s ‘ShiftCam’ variable valve timing and lift, but Suzuki’s system was developed in the GSX-RR MotoGP machine and cleverly circumvented GP rules banning electronic or hydraulic VVT mechanisms.

During the bike’s development, Euro 4 regulations were being readied for implementation and the roadmap to Euro 5 had already been laid out. Although some technical hitches since then have led to elements of the Euro 5 rules being delayed – notably the misfire detection and catalyst monitoring needed to comply with OBD II (on board diagnostics stage 2) standards, now due to be introduced with a second raft of Euro 5 regulations in 2024 – Suzuki’s engineers will have had a fairly clear idea of the targets.

It’s likely that the initial plan was to launch the GSX-R1000 as a Euro 4 machine and to tweak it as necessary to meet Euro 5, but for reasons unknown that hasn’t happened. We know that Suzuki has put R&D work into the development of a more sophisticated, conventional variable valve timing system for the GSX-R1000, including hydraulic cam phasers to advance or retard the timing under computer control. Detailed patents describing and illustrating the system were published back in 2019, but it’s yet to be seen in the metal. 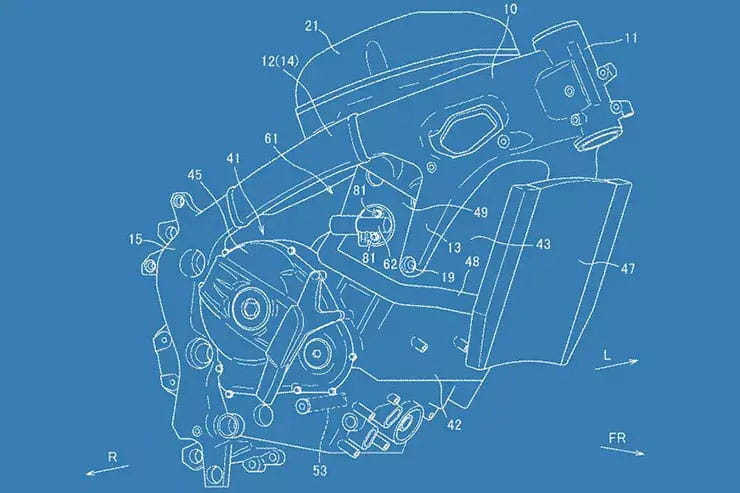 Given that Euro 5 came into force for new models in 2020 and for existing designs in January 2021, you might ask why the GSX-R1000 isn’t impacted until the end of this year. That’s because ‘End of Series’ rules, also known as derogation, give manufacturers the chance to apply to continue selling non-compliant bikes for up to two years after the final implementation date. In this case, that date was 1st January 2021, which means derogation comes to an end on 31st December 2022.

As the name suggests, the ‘End of Series’ rules are to allow manufacturers to sell off the last of their non-compliant machines, and there are limits on how many can be sold as a proportion of the firm’s overall output. Since the GSX-R1000 is a relatively small seller for Suzuki – Government figures show around 150 new GSX-R1000s were registered in the UK last year – it’s able to fit under those limits.

At the time of writing, only the limited-edition, £17,499 GSX-R1000R Phantom, with black paint, smoked ‘double-bubble’ screen and Yoshimura silencer, is listed on Suzuki’s GB website. 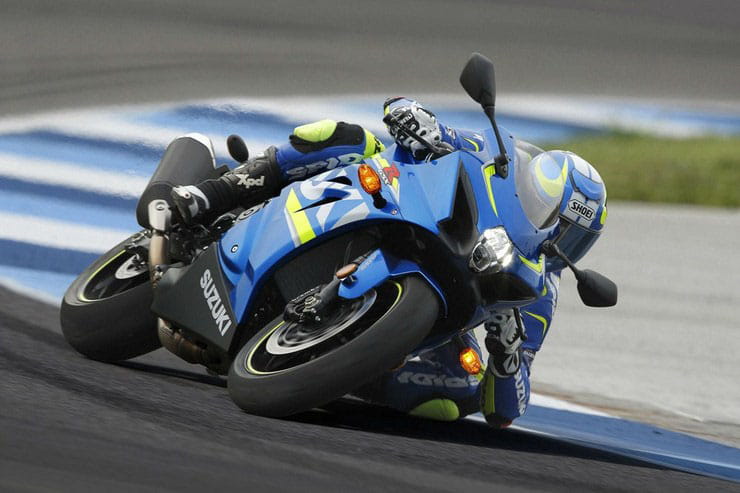 This isn’t the first time Suzuki has been in this situation. The GSX-R600 and GSX-R750 both fell foul of the previous Euro 4 emissions rules, which came into force at the start of 2017. As with the current Euro 5 rules, the two-year derogation period applied, allowing the models to remain on the market until the end of 2018, but neither model has been updated and brought back. It’s worth noting that in 2017, its last full year on the market, the GSX-R750 found around 160 buyers in the UK, which is more than the GSX-R1000 achieved in 2021.

While distant memories in this country, both the GSX-R600 and GSX-R750 remain on the market elsewhere, though. Most significantly, they’re both still in the company’s range in the USA, and the GSX-R1000 is expected to follow suit and cling on in certain markets while Suzuki makes a call on what to do next.

There’s strong money on the idea that the GSX-R1000 will follow in the footsteps of the Hayabusa. Like the GSX-R600 and 750, the ’Busa was dropped from the European range when Euro 4 emissions rules came into force but remained on the market in the States. After a few years, a new Euro 5 version was finally launched for the 2021 model year, seeing its return to the market here. It’s likely that we’ll see something similar happen with the GSX-R1000: it will be kept on life-support in markets with more lax emissions limits until Suzuki sees fit to bring the name back on a global updated version.

When will that happen? 2024 could coincide with the model’s reintroduction. That’s when the next ‘Euro’ emissions rule change comes into force. ‘Euro 5+’ is due on 1st January 2024 for new models and 12 months later for existing designs, introducing the OBD II elements that were delayed from the original implementation. It makes sense that, instead of developing a Euro 5 version of the bike and then making another set of changes to suit Euro 5+, the company is opting to take it off sale for a year or so before leapfrogging to stricter Euro 5+ rules. 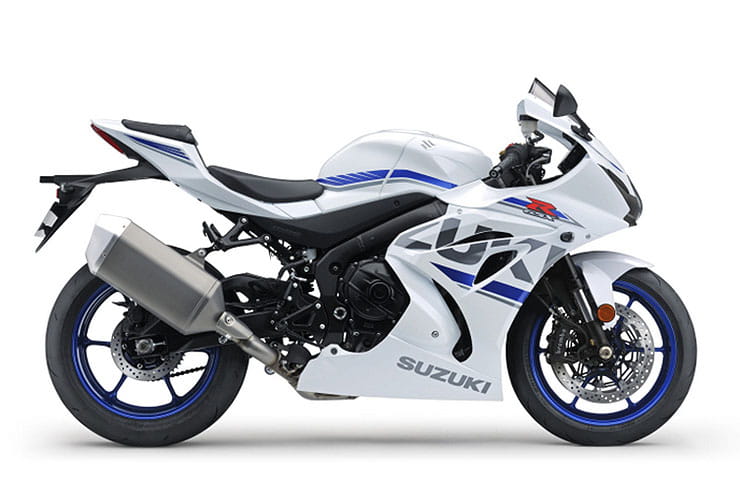 Looking at the GSX-R1000’s actual emissions performance, it’s not clear precisely where it misses the mark for Euro 5. The limited information published with the bike’s type-approval shows that it’s already under the Euro 5 limits for carbon monoxide (CO), total hydrocarbons (HC) and oxides of nitrogen (NOx). The problem may well be the bike’s emissions of ‘non-methane hydrocarbons’ (NMCs) – which literally means hydrocarbons other than methane. Not previously limited, under Euro 5 rules NMCs can’t account for more than 68% of total hydrocarbons. For many Euro 4 bikes, the percentage of NMCs is closer to 90%, and there are challenges to bringing them down without simultaneously increasing the levels of NOx.

Suzuki’s patents for a more sophisticated, hydraulic VVT system for the GSX-R1000 could be the answer to the Euro 5 problem.

The firm may also be holding fire on some decisions until later this year when the EU will announce details of the ‘Euro 7’ emissions limits that cars will be expected to meet in 2025. Since motorcycle Euro 5 rules are aligned with car Euro 6 levels, it’s expected that the motorcycle Euro 6 emissions limits will match the four-wheeled Euro 7 ones. Although not expected to be introduced until towards the end of this decade, bike companies will be carefully watching those developments as any bike launched now is likely to still be in production when Euro 6 motorcycle emissions rules cone into play.