Government wants to phase out petrol bikes by 2035 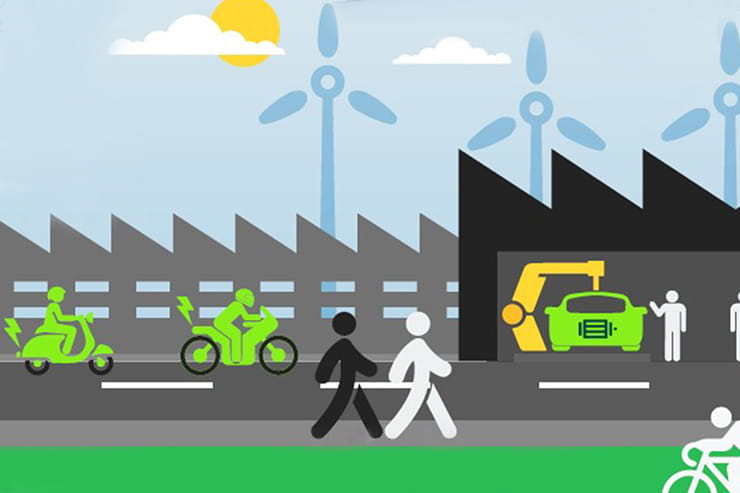 While the idea of never paying for petrol again might be appealing at the moment new plans from the Government to phase out fossil-fuelled motorcycles and scooters by 2035 have been met with dismay by the industry in this country.

Projects like Triumph’s TE-1 and Ducati’s V21 L show that battery-powered electric motorcycles are coming on fast, but an era of true high-performance electric motorcycles that can rival petrol power on weight, speed, range and price still seems a long way off. That will have to change if, as planned, the Government of this country bans the sale of new, petrol (or diesel) powered motorcycles in little over a dozen years’ time.

The plan was first mooted a year ago, and now the Government has launched a consultation into the matter, and if it gets the green light it will essentially mean that only electric bikes will be able to be sold after the 2035 cut-off date.

The consultation, which you can find here, is ‘seeking opinions as to whether the UK should stop selling non-zero emissions L-category vehicles’ – a class that includes motorcycles, mopeds, scooters, trikes and quadricycles. The mention of ‘zero emission’ is important, as it would effectively rule out alternative combustion engine designs like hydrogen engines or those using carbon-neutral, synthetic e-fuels. While those might not add to overall CO2 emissions, they do emit oxides of nitrogen (NOx), so aren’t classed as zero emission.

The plan would also put the UK out of step with the European Union, which plans to end the sale of cars that emit CO2 by 2035 but hasn’t put any plans in place to do the same for motorcycles. Will motorcycle companies opt to accelerate the development of their electric bike projects to suit the UK market alone? It seems unlikely. 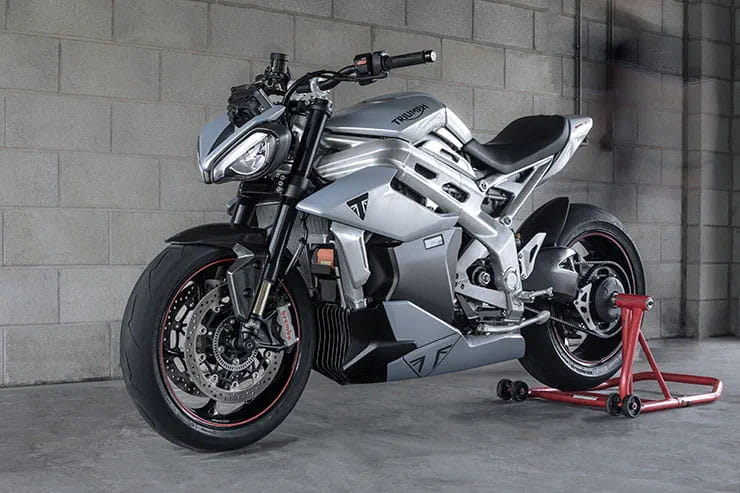 The proposed plan by the government sees 2035 as the final cut-off date, with some L-category vehicles losing petrol power even sooner. The dates see vehicles in the L1 (light two-wheelers including mopeds), ‘L2’ (three-wheel mopeds), L3e-A1 (125cc learner motorcycles making under 15hp), L6 (light quadricycles) and L7 (heavy quadricycles) classes all going zero-emissions by 2030. That’s essentially no more than a single model cycle for many bikes in those classes: bikes launched now may well be the last petrol-powered models to be offered.

Given that bikes are responsible for a tiny contribution to transport emissions and are proven to reduce congestion and the emissions it causes, it’s unsurprising that the motorcycle industry is concerned about the plan.

Tony Campbell, Chief Executive of the Motorcycle Industry Association (MCIA) said: “We recognise our environmental contribution will increase as other transport modes phase out and so support the decision to phase out L1 vehicles by 2030. However, we do not support the decision to include L3e-A1, which even with an ICE powertrain are significantly more environmentally efficient than some electric cars.

“The Government has not considered the complexities of the L-Category sector in terms of what is and isn’t feasible when it comes to phasing out the other key segments of the market.

“We put forward a compelling case in our Journey to a Brighter Destination document for the continued support of large capacity leisure motorcycling and why it needs to be treated as such in the consultation. Its minimal emissions, low mileage, important contributions to the economy, sport, tourism and mental health benefits are all reasons why a fairer, progressive and more bespoke approach is needed to phase out new non-zero emission motorcycles.

“The MCIA and its members will be continuing to push the case for why large capacity motorcycles need more time to phase out and are looking forward to fully engaging with the consultation process to ensure the best outcome for industry.”