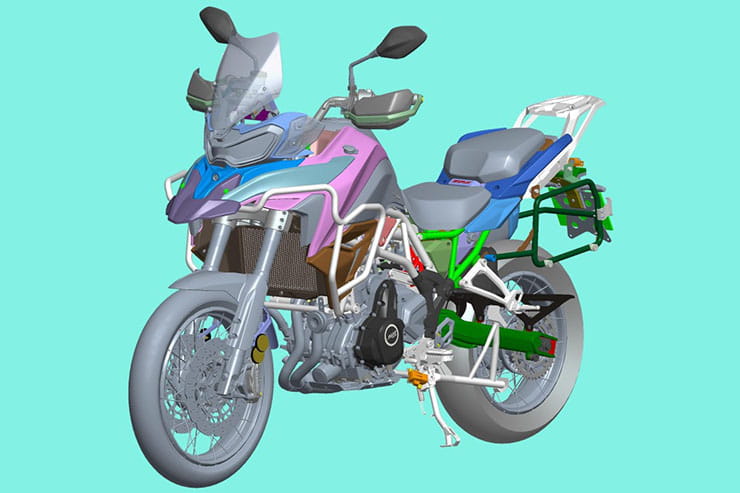 Back in April Benelli type-approved its upcoming TRK702 adventure bike – a direct rival for the likes of Yamaha’s Tenere 700 – in China. Now more information has appeared in the form of the machine’s design registrations that give a better look at its styling and some intriguing technical additions.

We already know from the type-approval that TRK702 combines a chassis similar to the existing, and very affordable, TRK502 – Italy’s best-selling bike for the last two years – with a new engine that’s near-identical to the CFMoto 700CL-X’s twin. Measuring the same 693cc in capacity and sharing an identical bore and stroke as the CFMoto, it promises similar power to the recently launched TRK800 at 75hp, but it’s a more compact and lightweight design than the current Benelli engine. 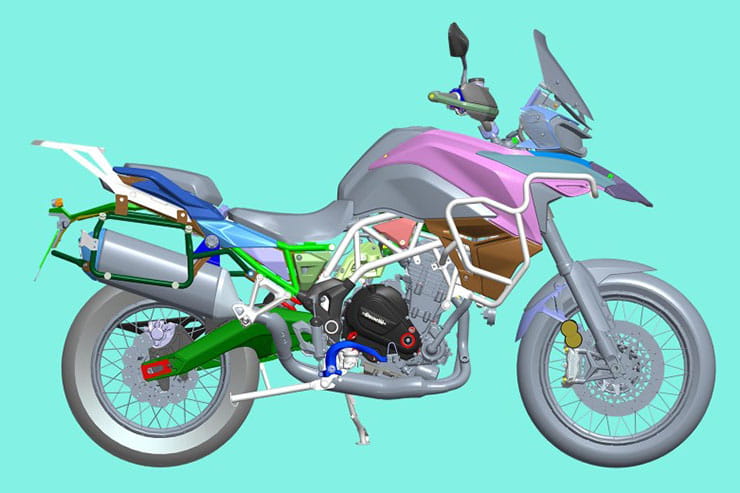 At 220kg, the TRK702 matches the Tenere 700 World Raid for weight, as well as offering virtually the same power, so that machine is a clear rival. The new design images give us a look at some new angles of the bike, confirming that it’s surprisingly wide around the tank – something that’s also true of the Tenere World Raid.

Other details revealed in the designs are front and rear cameras fitted to the TRK702. Benelli has already experimented with this tech, introducing it on the 1200GT three-cylinder tourer that was unveiled in China back in 2020. Such cameras appear to be becoming a trend in the Chinese market, with Zongshen also adopting a similar system on its Norton 650-powered RX6 adventure bike. On the TRK702, the front camera is visible just below the headlight, while the rear one is mounted on top of the licence plate lamp.

The cameras, which are essentially dash-cams, are expected to be able to feed live images to the Benelli’s TFT dash or record them to be downloaded later. Like an aftermarket dash-cam or helmet-cam setup, the idea is to provide evidence if you’re caught in an accident or simply to be able to replay rides. 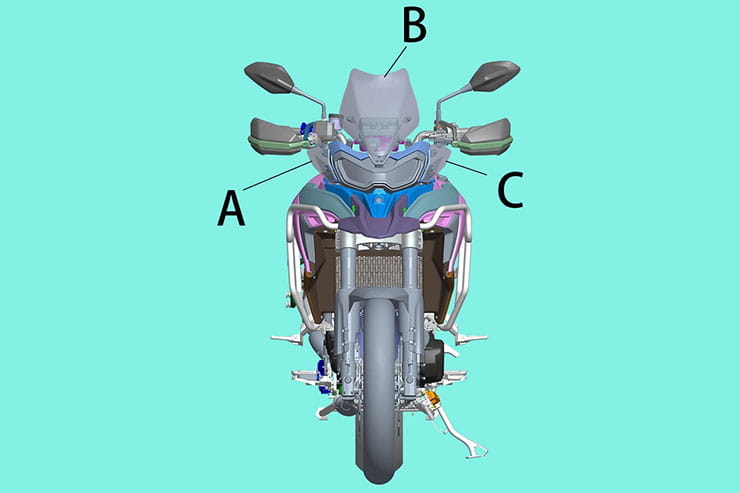 Given the huge success of the TRK502 in Italy, even if it’s yet to be replicated elsewhere, the planned TRK702 could be a breakthrough machine for the company, offering a significant step up in performance while remaining at the affordable end of the market.

The bike’s styling, taking very clear cues from the TRK800, is also a big step forward from the TRK502.

The larger engine looks set to become a fixture for Benelli and its Chinese-market sister company, QJMotor. We’ve already seen early images of a duo of QJMotor sports bikes, the 701 and 701R, sporting the same motor, and in China the same engine is already available in the QJMotor SRK700 roadster. The TRK700 will also be offered in China as a QJMotor, the SRT700, with slightly different styling but much the same chassis and adopting the same position in the market. 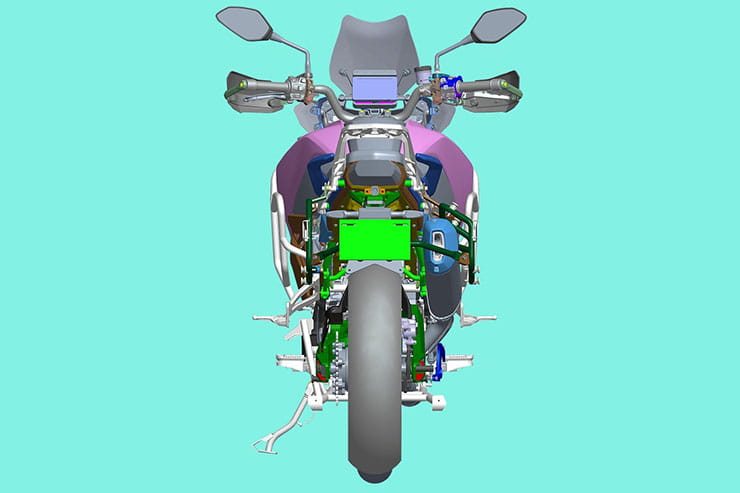