Yezdi teases revival model as it prepares for ‘Resurrection’ 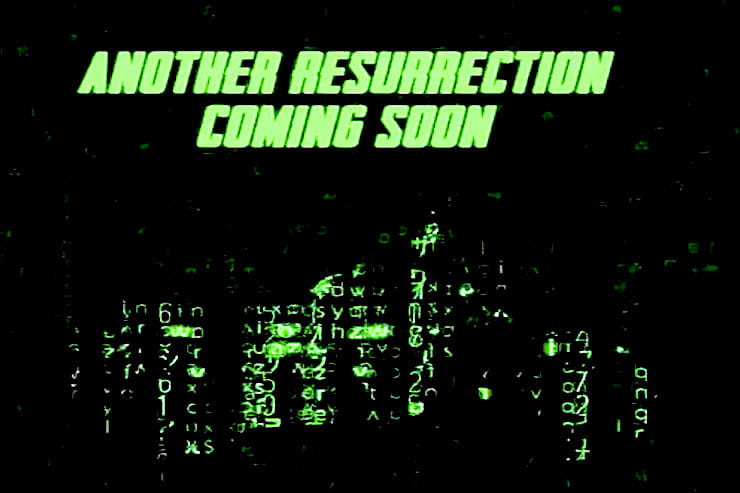 Fresh from the successful relaunch of BSA during Motorcycle Live earlier this month with its favourably-received BSA Gold Star 650, Classic Legends is now turning its attention towards the revival of another brand that too could be heading to the UK, Yezdi.

A name that hasn’t been affixed to a new motorcycle since 1996, Yezdi is one of numerous nameplates being dusted off at the moment aimed at appealing to both new and misty-eyed generations.

While Yezdi itself - which is best known for its model, the Roadking - doesn’t necessarily have the same heritage-laden profile of BSA, it is undergoing a similar process of revival by the same Classic Legends parent company, which is being financed by Indian conglomerate Mahindra & Mahindra.

For now, relatively little is known about what is coming from Yezdi other than the fact it is ‘coming soon’, as communicated in a recent social media post where it borrows heavily from the fourth film in The Matrix franchise, ‘Matrix Resurrections’. 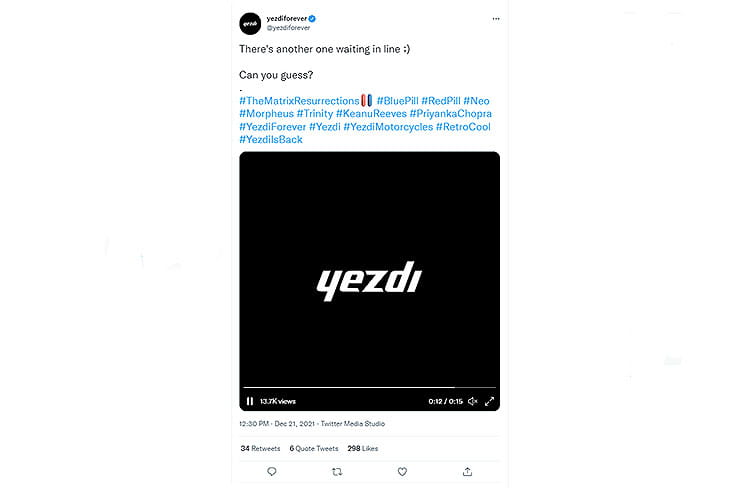 While we’ll stop short of assuming Yezdi has an official tie-in with the Wachowski Brothers’ film, the association certainly doesn’t hurt since it stars certified-motorcycle nut Keanu Reeves and one of India’s foremost breakout global superstars, Priyanka Chopra.

As for the motorcycle itself, Yezdi hasn’t confirmed exactly what we’re looking at but given Classic Legends’ penchant for tapping into its growing naming rights’ portfolio, a new Yezdi Roadking seems logical.

It would also make sense in the context of Classic Legends’ other brands - BSA and Jawa - which are largely trained on the bigger capacity models with sights set firmly on the Royal Enfield Interceptor 650 and Continental GT 650.

As such, many expect the Yezdi ‘Roadking’ to be a smaller, better value offering to rival the likes of the big-selling Royal Enfield Meteor 350, Honda H’ness and even Jawa’s own Forty-Two. 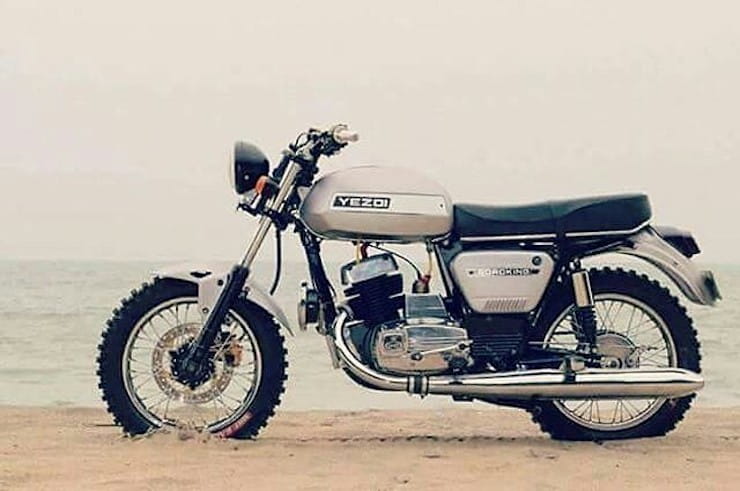 Will Yezdi be sold in the UK?

There is a high chance Yezdi will make its way over to the UK at some stage.

As demonstrated by Royal Enfield, there is clearly a faithful market for classic, no-nonsense motorcycles wearing a great value price tag on these shores with the Interceptor 650 and Meteor 350 ending the year as two of the country’s best-selling models outright.

Moreover, it’s telling that Classic Legends chose to give BSA its big comeback launch in its spiritual UK home even though it is likely to sell better in its home market.

Indeed, while Mahindra is a huge conglomerate with interests in everything from agriculture, aerospace and even real estate, its foundation is built on its successful automotive arm. Even so, it has been left behind by the likes of Bajaj, Hero and TVS when it comes to establishing itself as a big domestic player in the world’s second-largest motorcycle market. 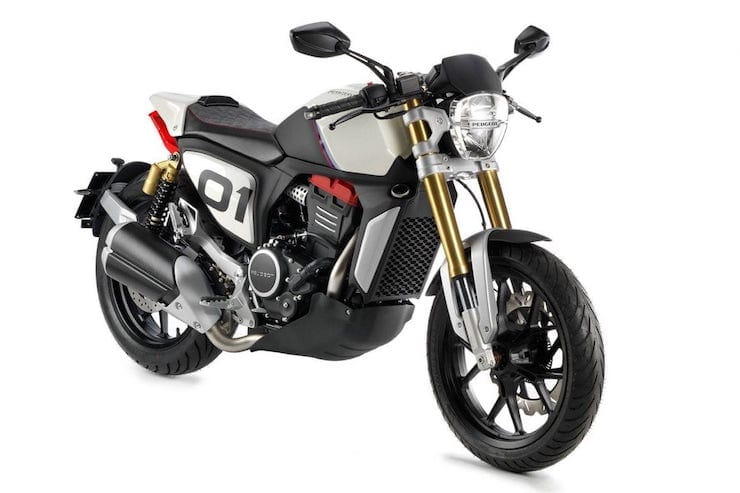 However, this appears to be changing with Mahindra’s involvement in Classic Legends allowing for a successful revival of Jawa in its home market, while it has previously stated it plans to build a manufacturing plant and develop an R&D facility in the UK under the BSA banner.

It also recently became the largest shareholder of Peugeot Motorcycles, with talk the French company could break out from its current urban mobility and scooter mould to build larger capacity motorcycles.

So how does this apply to Yezdi? Well, by all accounts it appears Yezdi will be charged with giving Mahindra a foothold in the lower capacity sector, allowing BSA and Jawa to concentrate on more affluent models.

Considering the success of Royal Enfield and the growth of numerous Chinese brands entering Europe with a similar ethos, a good value, modest performance Yezdi Roadking certainly has all the makings of a success.

Moreover, beyond talk of new facilities, Classic Legends will need to establish a new franchise network in order to sell BSA motorcycles, which means it’s likely Jawa and Yezdi will be sold alongside it.