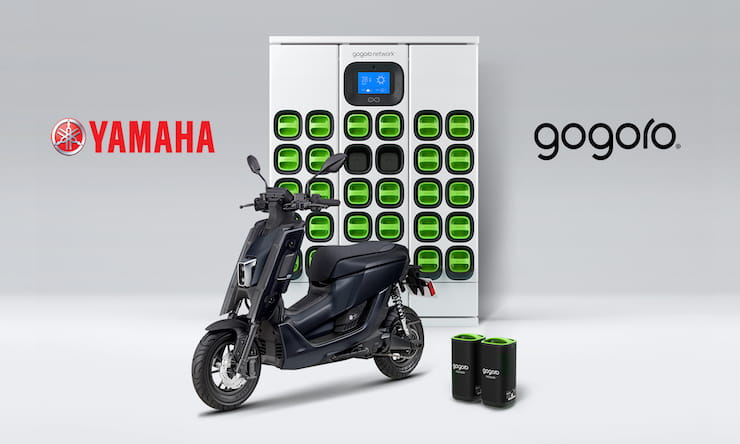 Yamaha has begun laying the groundwork for its impending shift towards electric mobility with the launch of the Yamaha EMF in Taiwan, complete with convenient swappable battery functionality.

Equipped with a 7.6kW battery, making it the equivalent of a 125cc conventionally fuelled scooter, the Yamaha EMF precedes the sister Yamaha E01, the Iwata firm’s first globally marketed electric scooter due to go on sale later in the year.

However, whereas the E01 - which mirrors the big-selling Yamaha NMAX in terms of size and performance - is a plug-in electric scooter, the Taiwan-only EMF uses removable battery technology pioneered by collaborative partner Gogoro, a domestic start-up that has become a dominant player in the scooter market. 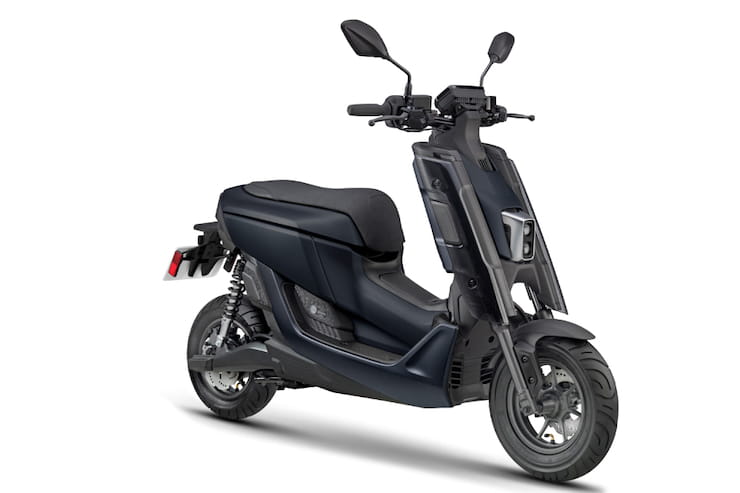 Key to Gogoro’s growth has been the move to fit its models with batteries that can be easily removed to be charged. Alternatively, Gogoro has set-up a series of ‘swap stations’ where owners can remove the battery and replace it with a fully-charged one straight away.

The innovative solution has been a huge hit in Taiwan with Gogoro now the nation’s largest electric two-wheel manufacturer and growing internationally too.

It is a convenience that Yamaha is now tapping into by equipping the EMF with the same battery design so owners can also make the most of the ‘swap stations’.

While the powertrain may share similarities, Gogoro and Yamaha adopt very different style directions for their models with the former taking on a curvy silhouette, while the EMF gets a sharper stripped back appearance.

Though curiously similar to the new Suzuki design language that debuted on the GSX-S1000 - in our eyes anyway - the Yamaha EMF cuts a dash with its stacked angular headlights between prominent front struts, plus 10-inch alloy wheels and LED projection. 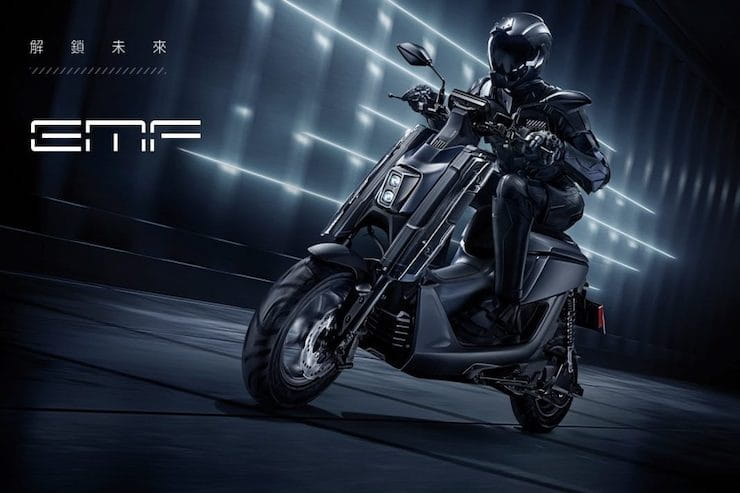 While the Yamaha EMF is unlikely to be seen on European roads in future, it remains a significant launch for the marque as it tests the waters on future solutions to stimulate the transition towards electric mobility.

Indeed, Gogoro’s progress has been watched closely in recent years, not least because its convenience and simplicity appeal to a younger demographic, particularly in urban environments where directly charging a two-wheeler from a wall isn’t so easy in built up areas.

It has led to Japan’s ‘big four’ - Honda, Yamaha, Suzuki and Kawasaki - to join forces in ensuring a generic battery and charging format to ensure models from each can utilise the same battery swap stations.

KTM, Husqvarna and Piaggio have also committed to a similar agreement to develop the solution across Europe, though it isn’t clear when exactly this will occur.