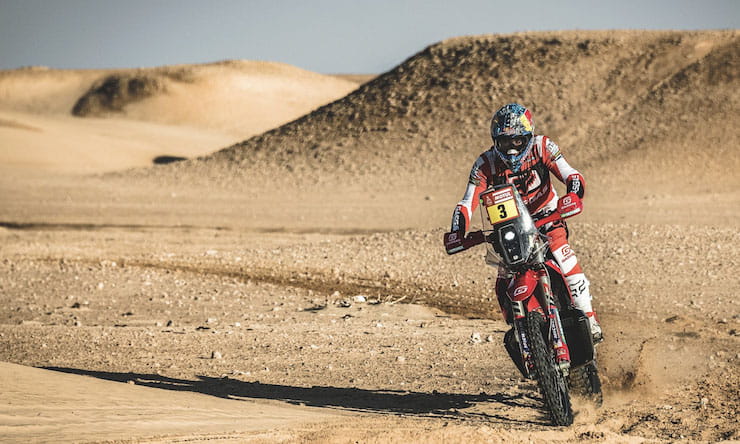 British rider Sam Sunderland has extended his lead on the 2022 Dakar Rally as the gruelling rally-raid endurance event neared its half-way stage, while ex-MotoGP rider Danilo Petrucci stole the headlines with top three pace on SS4.

After becoming the first British rider to win the classic event in 2017 when it was held in South America, Sunderland is now in the hunt for a second success having maintained his consistent form where others faltered on the opening five stages (SS1A, SS1B, SS2, SS3, SS4).

Riding with the factory GASGAS team this year, Sunderland is yet to win a stage outright but has led in the Saudi Arabian dunes since SS1B thanks to staying out of trouble.

Sixth fastest on the 707km SS4 from Al-Qaisumah to Riyadh meant he could re-establish a three-minute lead over Mathias Walkner, an extension from the mere four seconds that split Sunderland from the advancing Adrien Van Beveren on SS3.

Nonetheless, it remains relatively close up at the front with just over seven minutes covering the top four riders, now comprising Van Beveren in third on the Yamaha and Daniel Sanders on the second GASGAS entry in fourth.

SS4 itself was won led by Honda pairing Joan Barreda Bort and Pablo Quintanilla, which in turn brought them up to seventh and sixth respectively, behind Lorenzo Santolino, who continued Sherco’s impressive Dakar thus far in fifth overall. 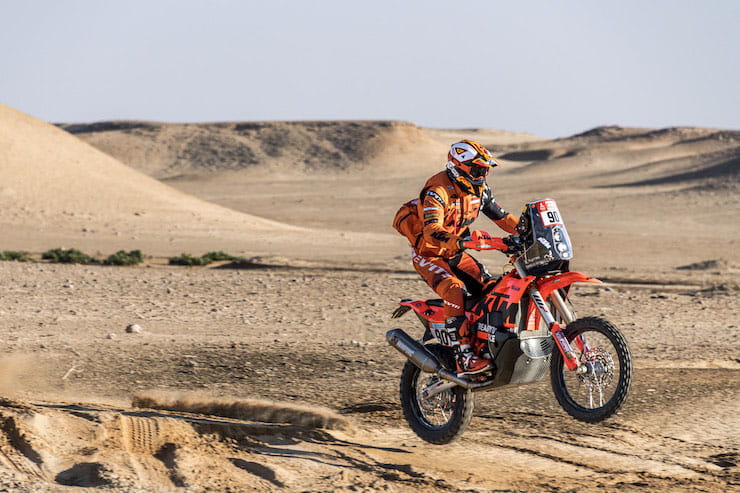 However, the big news on SS4 was the performance of ex-MotoGP rider Petrucci, who gave another impression of what might have been when he posted the third fastest time on the stage - though this was later revised down to 15th when he picked up a ten-minute penalty for speeding.

Frustratingly for the Italian - a two-time race winner in MotoGP - he can only focus on individual stage times after he was forced to retire on SS2.

His KTM stopped due to an electric fault and it has since transpired that he was unable to fix it because he’d lost his phone while riding. Preventing him from phoning his Tech 3 Racing mechanics for help, it forced Petrucci to send up the emergency flare to assure his retirement.

He is now continuing to compete after using his ‘joker’ but cannot be classified in the final result.