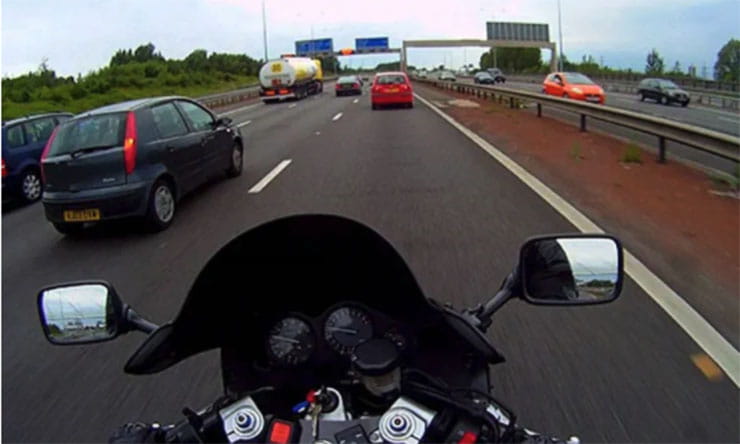 Plans to expand the UK’s ‘smart’ motorway network have been put on hold until 2025 in the wake of a damning report by the House of Commons Transport Committee.

What is a 'smart motorway'?

The term ‘smart motorways’ is a catch-all, covering two distinct types of route. The more extreme of these are the ‘All Lane Running’ (ALR) motorways, including chunks of the M1, M3, M4, M5, M6, M20, M25 and M62. These have no hard shoulder, instead relying on electronic signs to close lanes when necessary to respond to accidents or breakdowns. Other parts of the M1, M6, M42 and M62 are considered ‘Dynamic Hard Shoulder’ (DHS) roads, where the hard shoulder is used as an active lane during busy periods.

While the existing smart motorways are set to remain, the Government has decided it needs a full five years of safety data before deciding on whether to pursue previous plans to bring the same technology to more motorways, although some projects already under construction will be followed through.

The Transport Committee’s report said: The design of our motorways and strategic roads necessarily entails balancing competing priorities. However, successive Administrations, together with the Department and National Highways’ predecessor, Highways England, underestimated the scale of safety measures needed effectively and reliably to mitigate the risks associated with the permanent removal of the hard shoulder on all-lane running motorways. The Department and Highways England failed to deliver safety improvements to all-lane running motorways in a timely fashion, despite having promised previous Transport Committees that such improvements would be prioritised. Moreover, the communication of this radical change in the design of our motorways has been woeful. Six years after their introduction, many people do not understand what all-lane running motorways are and what to do if they breakdown in a live lane. 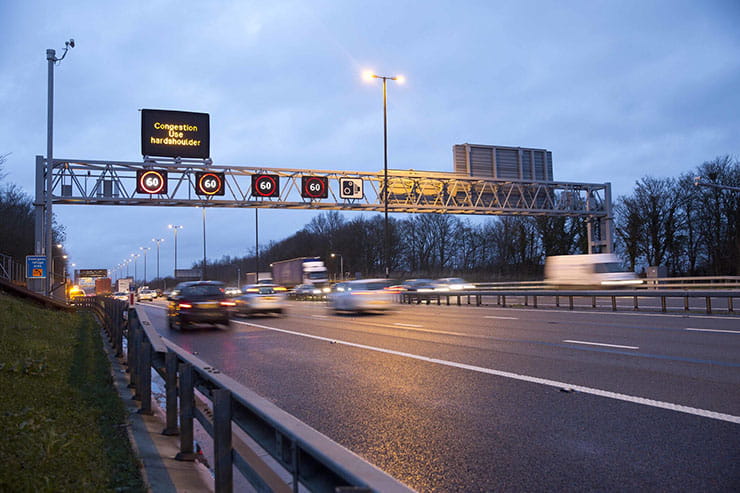 Why are smart motorways dangerous?

The main problem with smart motorways stems, predictably enough, from the removal of the hard shoulder. While they have occasional ‘refuge’ areas scattered along their left-hand sides and the ability to close lanes via electronic signs on gantries, the evidence suggests that’s not enough.

Anyone who’s had that heart-stopping moment when their engine dies on a motorway will know that you don’t have the luxury of choosing to continue to the next refuge area. The hard shoulder is literally a lifesaver in that situation.

While the smart motorways have the ability to close lanes, creating a sort of temporary hard shoulder if there’s a stranded vehicle, the technology doesn’t live up to that promise. Not only is there a constant risk of other drivers missing or ignoring the red crosses on the gantries that mark a closed lane, but you have to hope the system works to turn them on in the first place.

Some sections of smart motorway have a radar-based system, called SVD (stopped vehicle detection), which is intended to be able to automatically identify a stopped vehicle in 20 seconds. However, the House of Commons Transport Committee’s report on the Rollout and Safety of Smart Motorways points out that even with the system in place it takes, on average, 1 minute for staff to close a lane after a problem is identified. That means that even when the best tech is being used, you face 80 seconds sitting stationary and exposed in a live traffic lane in the event of a breakdown, followed by more time as drivers respond to the lane closure signs. Count to 80 slowly

Worse, while the Transport Committee was told in 2016 that SVD would be rolled out across all motorways with all-lane running, by 2019 only 18% of such roads had the SVD system. Find yourself on a road without SVD and you’re relying on CCTV to spot breakdowns or accidents. The Transport Committee’s report said “CCTV cameras on smart motorways are not routinely monitored. Instead, they are used by control staff to verify and respond to incidents. We have found no up-to-date, reliable information on the time it takes for live-lane incidents to be identified.”

However, a 2016 Highways England report on SVD systems said that a breakdown of data for live-lane incidents on the M25 ALR section between junctions 25 and 26 showed it took an average of 17 minutes and 1 second to detect a stopped vehicle using the CCTV-based system. 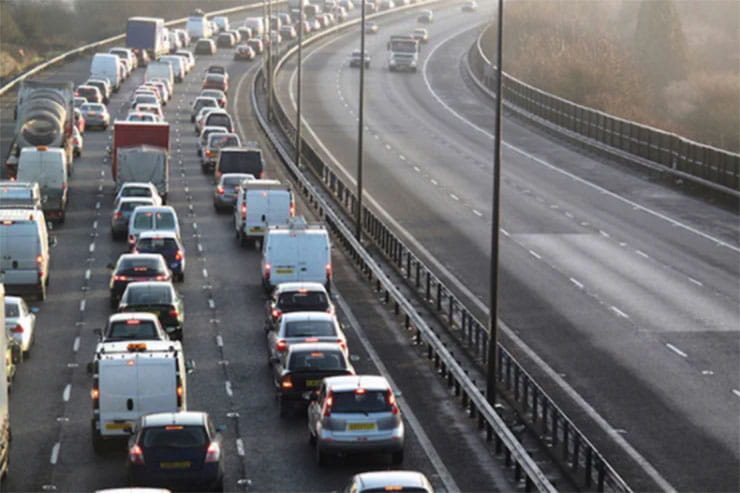 Proponents of the smart motorway system will point to data that shows they’re overall as safe as, or sometimes safer than, conventional motorways – but that’s not the win it might initially seem to be.

After all, smart motorways have more monitoring than a traditional motorway, plus the regular gantries to alter speed limits and give drivers advanced warnings of problems, as well as closing lanes. Those factors mean they should be markedly safer than convention motorways, not on a par with them or marginally safer.

The result of losing the hard shoulder means that 40% of breakdowns on smart motorways lead to a live-lane incident. Four out of ten aren’t able to limp to one of those scattered ‘refuge’ areas. In a starker statistic, that means there are, on average, 62 live-lane breakdowns per mile, per year on all-lane running motorways, compared to just 16 (per mile, per year) on normal motorways with a hard shoulder. In at least four cases, coroners have ruled that the absence of a hard shoulder has contributed to deaths on ALR and DHS motorways. 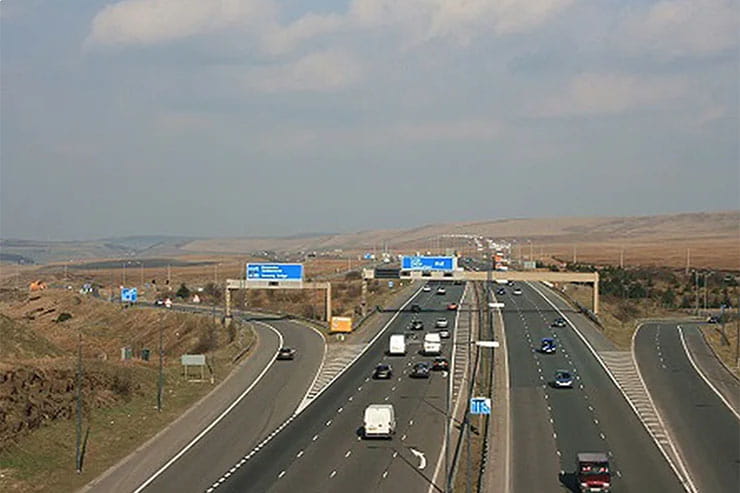 While car drivers stuck in live traffic are told that they should stay in their vehicles, seatbelts on, and phone 999 to get help, those instructions aren’t much help to motorcyclists. Not only do bikes lack seatbelts and crumple zones that might help if we’re hit, but the very act of calling for help will usually involve removing your helmet to speak on the phone. As such, the problems caused by the removal of hard shoulders are potentially amplified for those of us on two wheels.

During the pause in the rollout of smart motorways, the Government says it’s going to invest £390 million on more than 150 additional emergency areas on existing sections, increasing their number by around 50% by 2025. The Transport Committee’s recommendations, which the Government says it is following, say there should be a refuge every 0.75 miles where physically possible. At the moment, they’re up to 1.5 miles apart.

A further £510 million is earmarked for other safety improvements, likely to include the expansion of the radar based SVD system and the addition of extra cameras to enforce compliance with the ‘Red X’ signs that indicate a lane is closed.

Are smart motorways going to be scrapped?

We are unlikely to see the idea of smart motorways and All Lane Running being abandoned, though, and once the Government has five years’ worth of data, the rollout is expected to continue. The temptation to add an extra lane by converting the hard shoulder, instantly increasing road capacity without the expense of widening it, is just too strong to ignore.