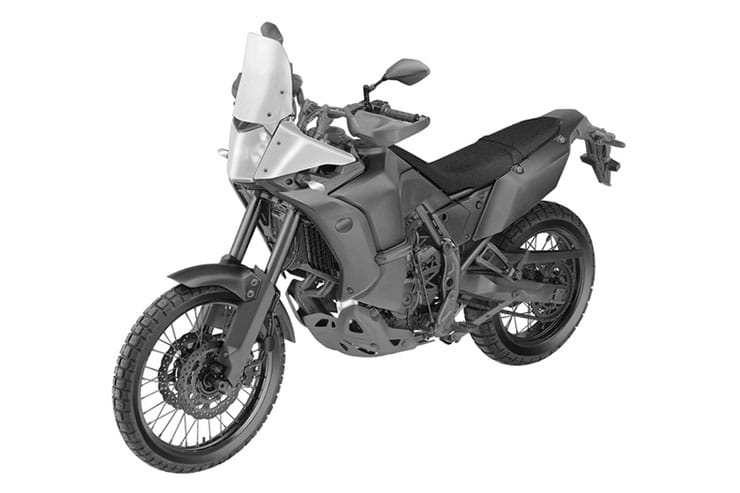 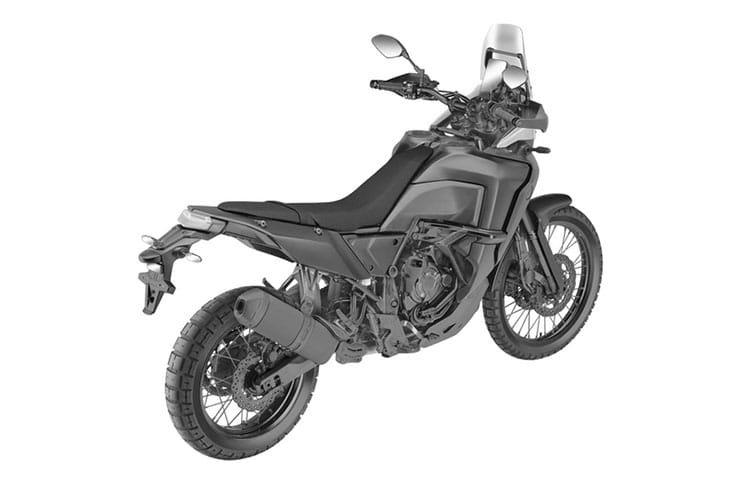 Yamaha’s Ténéré 700 has been an instant success and at last year’s EICMA show the firm revealed a more hardcore version as the Raid Prototype. Now patents have been filed showing how that prototype will evolve into a showroom model in the very near future.

The firm said that the Raid Prototype was intended to ‘study how to take the Ténéré 700 to the next level, and to revisit the legendary African desert-scapes where the original Ténéré was born over 40 years ago.” The transformation included a host of off-the-shelf tuning parts including an Akrapovič race exhaust, rallye-raid instruments and map rollers, machined engine covers, uprated suspension, and new brakes, but unsurprisingly most of that is stripped away for the production model. It returns to largely standard-looking running gear, including the stock exhaust, wheels, tyres and brakes. What is carried over from the Raid Prototype – and wasn’t highlighted by Yamaha’s original promo material – is the new bodywork, enlarged fuel tank, redesigned seat and more aggressive stance. Just as BMW’s R1250GS Adventure is a more hardcore version of the R1250GS and Honda’s Africa Twin Adventure Sports is an uprated alternative to the base Africa Twin, the Ténéré 700 Raid will be a more rally-inspired version of the Ténéré 700. 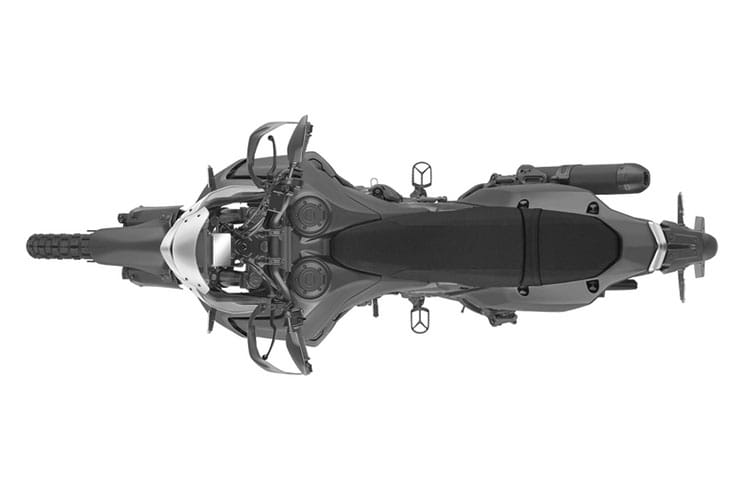 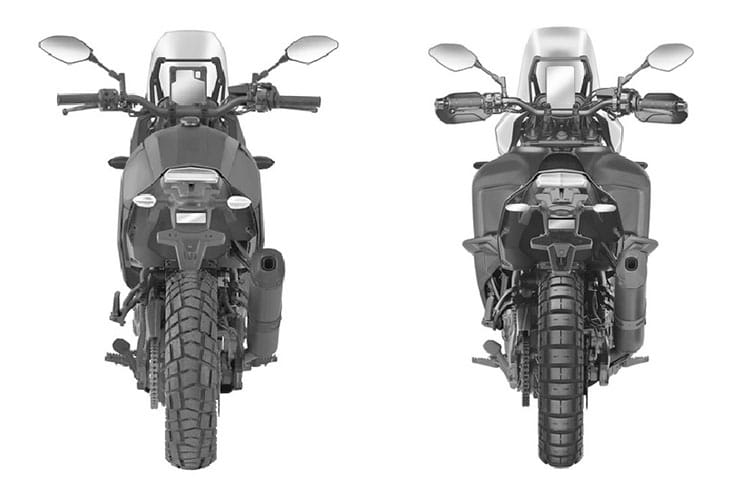 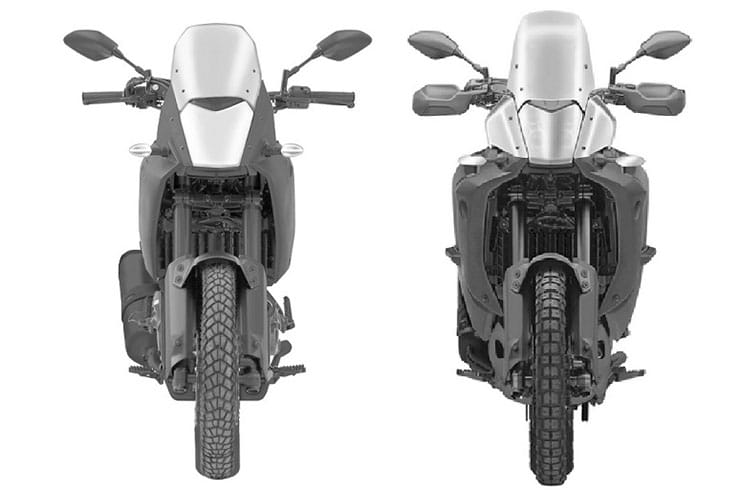 Side-by-side with the standard model, you can see how much wider the Raid is.

The styling, which was effectively obscured on the Raid Prototype by a distraction-camo paint scheme, features a completely new and significantly larger fuel tank. Twin fillers mounted on the top add to the competition-influenced look, and the view from above highlights the vast breadth of the oversized fuel cell. We might not know exactly how large the tank is, but where the stock Ténéré 700 has a 16-litre unit, we’d guess this is well north of the 20-litre mark.

While the bike is still instantly recognisable as a Ténéré, sharing the same distinctive headlight as the base version, the Raid model’s side-on view shows that the seat extends much further forward along the top of the new tank, giving more scope to adopt off-road riding positions, and the front side plastics are entirely new. 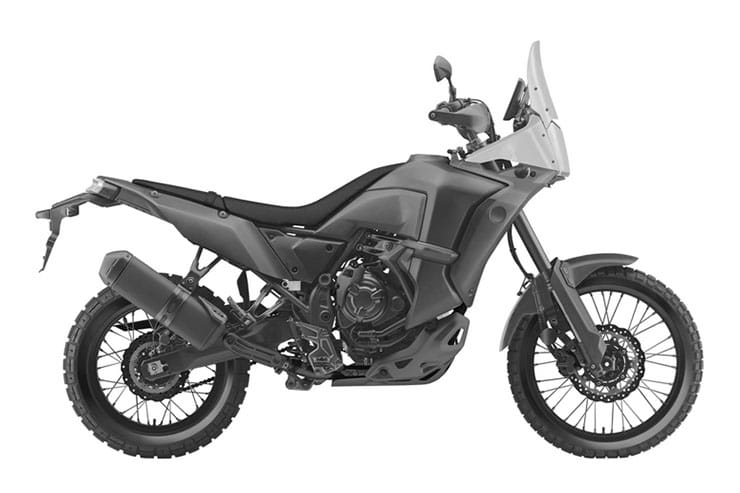 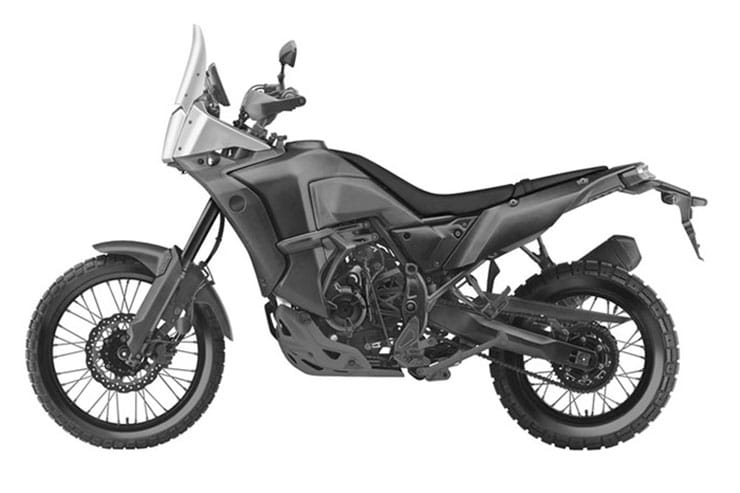 Where the Raid Prototype had a high-mounted, motocross-style front mudguard, the production version seems to have the same, low-level design used on the base machine. No doubt a design more like the prototype’s will be on the options list.

Underneath, there’s a redesigned, more enveloping brush guard under the engine, matching neither the standard Ténéré nor the Raid Prototype. The protection theme continues with moulded-in crash bungs in the sides of the fairing that, presuming they’re firmly mounted rather than being merely cosmetic, might help prevent expensive damage in the event of a low-speed drop.

The exhaust isn’t the Raid Prototype’s Akrapovič, but the stock, road-legal Ténéré’s design – suggesting there’s no change to the engine’s spec or emissions performance. However, there’re are more subtle changes including new, wider footpegs with serrated grips to keep a firm hold of muddy boots. 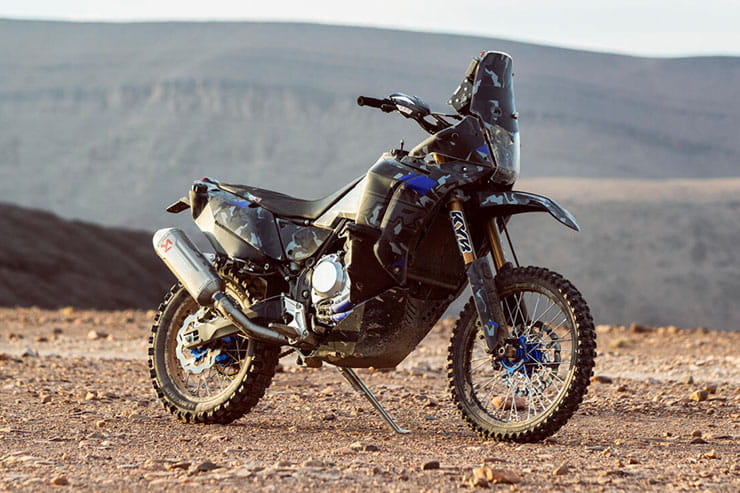 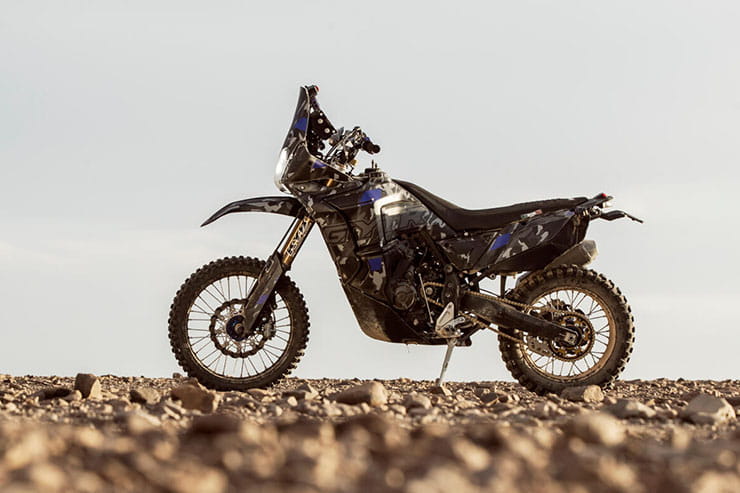 On board, it looks like Raid has a different instrument panel when compared to the normal Ténéré, with a flat panel that suggests it’s a modern TFT display, albeit mounted in a portrait orientation rather than the more usual landscape layout.

The Raid gains addition wind-deflectors either side of the carried-over headlight, as well as a taller screen above it, so even though the bike’s style suggests more rugged, off-road ability it’s also likely to be a more useable long-distance tool on tarmac.

Given the bike’s near-finished appearance and the fact that Yamaha made few bones over the fact that the Raid Prototype would become a production model when it was displayed late last year, saying “The Ténéré 700 Raid Prototype will soon be racing for the next horizon, and write a new story that is sure to reinforce the Ténéré legend in the eyes of a new generation of Adventure riders” – so the chances are that we’ll see the final version in the near future, certainly before the end of 2022.