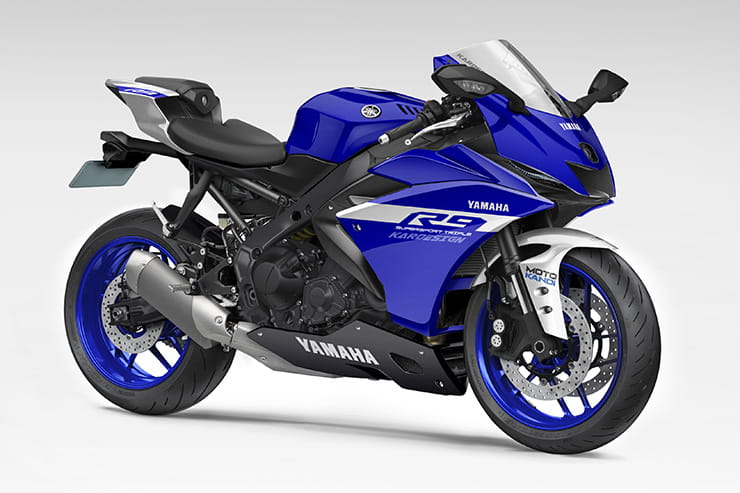 Yamaha has filed type-approval applications for a pair of new large-capacity models – indicating they will be launched in the very near future – but at the moment there’s a mystery around their exact identities.

All we know at this stage is that models under two codenames, ‘RN82’ and ‘RN83’, have been approved for sale in Europe. There’s no detail about the names they’ll actually wear in showrooms or their technical details at the moment, but those codenames alone give an insight into the size and style of the machines.

The final two numbers simply rise with each new model project. Currently, the newest Yamaha in the 750-1000cc class is the new-for-2022 XSR900, which goes under the codename RN80. At the moment there’s no sign of RN81 – not every number results in a production bike – but RN82 and RN83 are due to be launched soon. 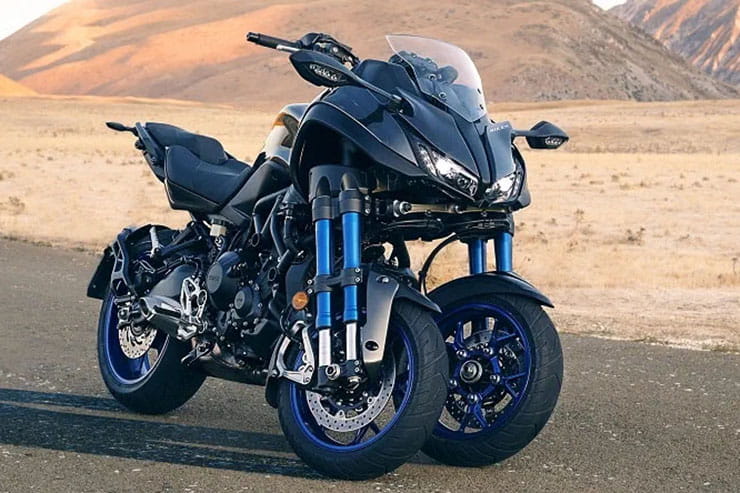 So, we know we’re looking at two street bikes, either faired or naked, with engines over 750cc and under 1000cc. But what might they be?

At the moment, Yamaha has two engines that could be used in the RN82 and RN83, the 889cc triple used in the MT-09 and its spin-offs and the 999cc four-cylinder from the R1 and MT-10. Looking at the ranges of bikes that currently use those engines, a couple of clear contenders step forward as the potential RN82 and RN83 models.

One is the MT-09-based Niken three-wheeler. Despite not fitting into conventional categories, the current Niken carries an ‘RN’ codename, having been developed as the RN58. The version sold at the moment is the last remaining model to use the 847cc three-cylinder engine from the first-generation MT-09. Its sister models have all moved on to the heavily revamped 889cc version, which vitally complies with the latest Euro 5 emissions limits. The Niken, as it is now, is Euro4-complient, and as such is only allowed to be sold in Europe (including the UK) until the end of 2022 under end-of-series rules. If Yamaha is to keep the Niken in its range for next year and beyond, a new version is needed.

There’s even a possibility that the next Niken could merit both the RN82 and RN83 codes. As long ago as 2017 it emerged that Yamaha had been working on an unfaired Niken derivative, patenting a type of bodywork panel that hid the uglier workings of the parallelogram-style tilting front suspension while giving an MT-09-style look to the nose. 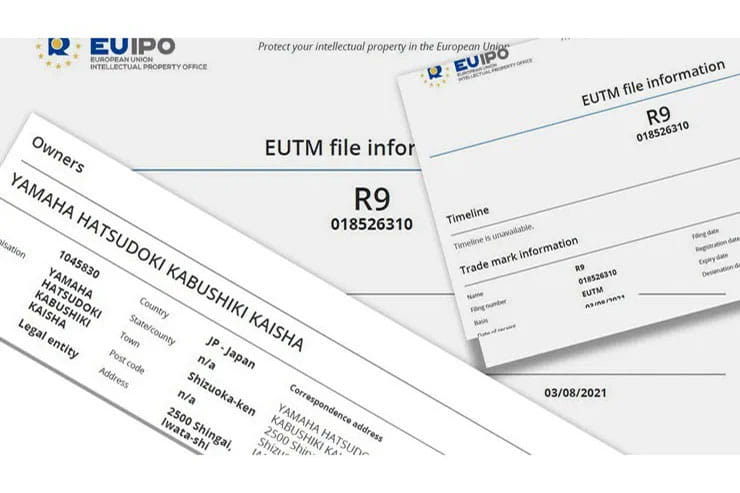 Other potential machines that could be under development as the RN82 or RN83 include a faired YZF-R9. Last year Yamaha filed trademark applications for the R9 name all over the world, and since the latest-generation MT-09 has a Deltabox-style chassis, it’s become the ideal candidate to be given the fully-faired sports treatment. With the YZF-R6 now a track-only offering, with no apparent hope of regaining Euro emissions certification, there’s a sportsbike-shaped gap in the range between the R7 and the R1 that an R9 would fit perfectly.