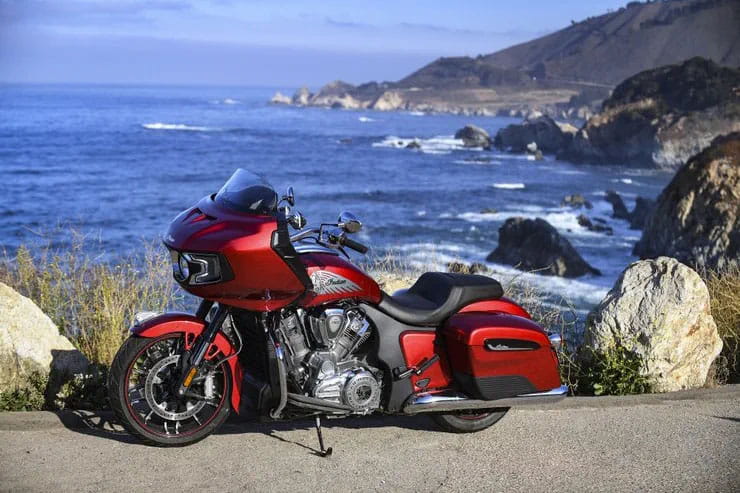 Indian is on the verge of revealing its biggest bike yet in the form of the new Pursuit – a massive tourer based around the water-cooled engine of the Indian Challenger.

There have been rumblings about the upcoming Pursuit model ever since Indian trademarked the name back in 2020, but until now there’s been little more than speculation about the bike’s details. Now the firm has gained European type-approval for two versions of the Pursuit, filling in the blanks about its performance and dimensions even though we’re still left waiting for pictures of the new machine.

It's very clear from the approvals that the Pursuit – which will be sold in blacked-out ‘Dark Horse’ and chrome-laden ‘Limited’ forms – is closely related to the Challenger, which debuted back in 2019 with Indian’s new 1768cc, DOHC, four-valve-per-cylinder ‘PowerPlus’ V-twin. The Pursuit uses the same engine, making identical power and torque figures as the Challenger with 121hp at 5500rpm and 131lbft at 3800rpm.

The chassis also comes straight from the Challenger, as the type-approval confirms that the Pursuit shares the same 1668mm wheelbase as its sister model, as well as an identical width of 990mm, showing that the two bikes will be closely related visually as well as mechanically.

What makes the Pursuit different, then? At the moment, every indication is that it will be a full-on tourer rather than a bagger like the Challenger, as it’s taller, longer and heavier.

That shared screen travel suggests that contrary to some expectations, the Pursuit will have the same nose fairing as the Challenger, simply using a taller piece of Perspex for more wind protection.

The larger numbers continue with the Pursuit’s overall length, which rises from the Challenger’s 2501mm to 2609mm – a growth of more than 10cm. With no change to the wheelbase or wheel and tyre sizes (the Pursuit retains the Challenger’s 19in front, 16in rear wheels), the extra length can only come from a top-box and rear seat backrest, similar to Indian’s current, air-cooled Roadmaster and making the Pursuit a direct rival to Harley-Davidson’s Road Glide Limited.

The addition of a top box and armchair-style seat also explains the Pursuit’s significant weight increase over the Challenger. The type-approval figures show that both the Pursuit Dark Horse and Pursuit Limited weigh 416kg wet, which is 35kg more than the Challenger Limited and 39kg more than the Challenger Dark Horse in the same, ready-to-ride condition. The documents show that the tested versions of the Pursuit included a ‘Premium Package’, which may add a little extra mass, but the figures show that the bike is 4kg heavier than the current biggest Indian, the 412kg Roadmaster, despite being a few millimetres shorter.

As well as the new Pursuit, the latest type-approvals show that Indian is also set to launch an additional version of the Challenger, the Challenger Elite, in 2022. Elite is usually Indian’s branding for a top-of-the-range version of a model, complete with high-spec audio kit and hand-painted bodywork, and since the Challenger Elite’s dimensions and weights are the same as the existing Challenger Limited, that’s likely to be the case here, too. 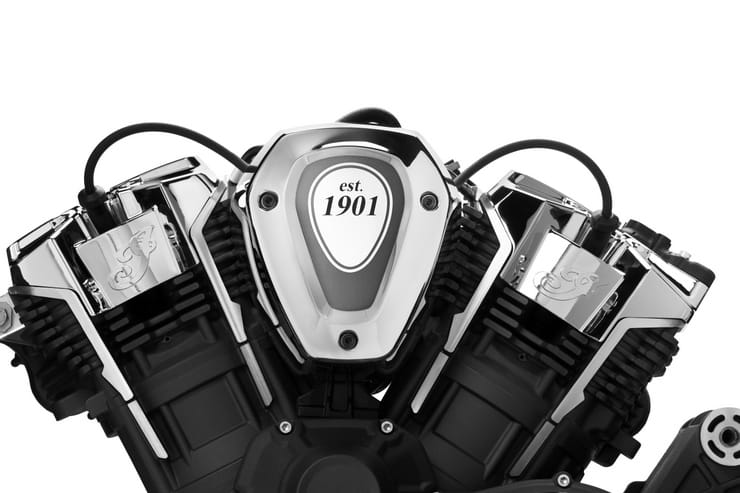