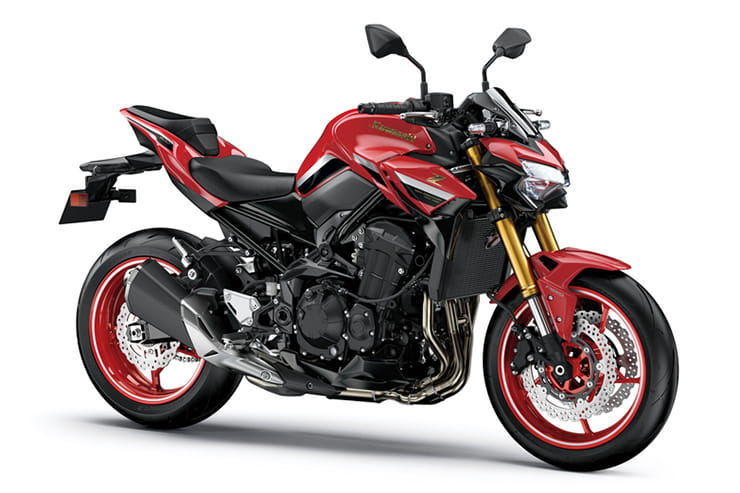 It’s been half a century since Kawasaki’s Z1 picked up the four-cylinder superbike idea that Honda had started three years earlier with the CB750 and elevated it to a new peak, creating a machine that’s still legendary to this day. To mark that anniversary the firm has released four celebratory versions of its latest Z models, all carrying the ‘Z50’ tag.

First up we have the Z900, a 21st-century interpretation of the Z theme, and in Z50 form for 2022 it takes its inspiration from the 1980s Z1100GP. That means it gets a ‘Firecracker Red’ paint scheme with deep blue and silver stripes, along with a black frame. Red wheels with machined alloy strips around the rims provide another link to the original, while gold fork legs and badging suit the golden anniversary nature of the bike.

At £9799 it carries a £400 premium over the base Z900, and as with all the new Z50 models buyers will also be given a book commemorating 50 years of Z bikes, which is set to remain exclusive as Kawasaki says isn’t planned to be sold on its own. 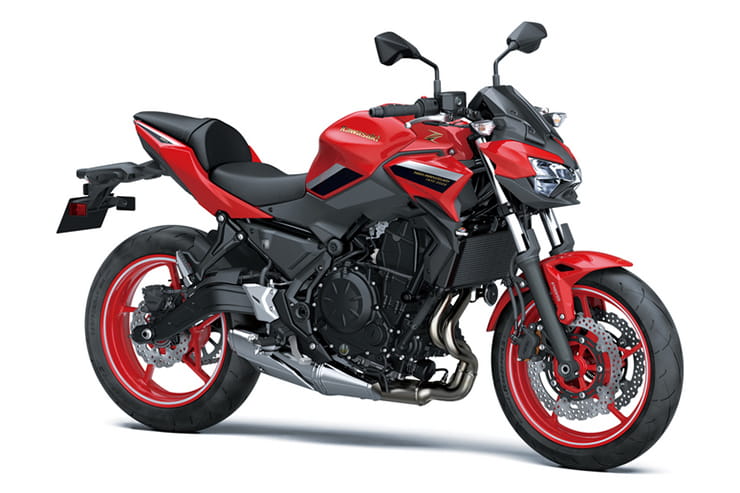 Once again there are red wheels, blue and silver stripes and gold badging, along with the ‘Z 50th’ logo on the front mudguard and ‘50th Anniversary 1972-2022’ badges on each side.

While the modern-looking Z models get 80s-retro paint in anniversary form, the Z900RS 50th anniversary machine pays tribute to the original 1972 Z1 that started the line.

The paintwork mimics the ‘Fireball’ colours of the first-generation Z1, with a candy brown tank and side panels topped by red graphics on the tank and the distinctive tail cowl. Kawasaki says a special paint process is used to create the finish, developed specifically for the Z900RS and the similar-looking Z650RS. Gold-coloured wheels, a black frame and a special seat covering and stitching further set it aside from the more mass-made variants, along with a retro-style ‘Double Overhead Camshaft’ badge and the same ‘Z 50th’ logo used on the other anniversary models. 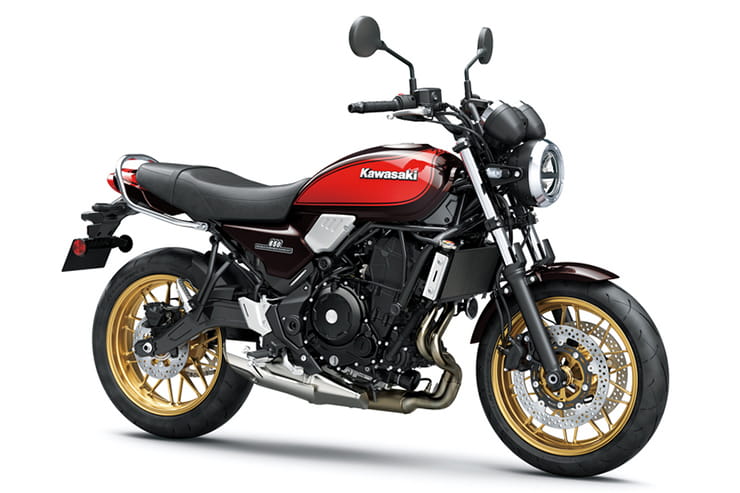 Finally, there’s the anniversary edition of the Z650RS, the newest model to get the treatment.

Like the Z900RS, it gets a 1972 Z1-inspired ‘Fireball’ paint scheme, created using the same technique applied to the bigger bike. Again, there’s special badging, a black frame and gold wheels, plus a new texture and stitching on the seat.