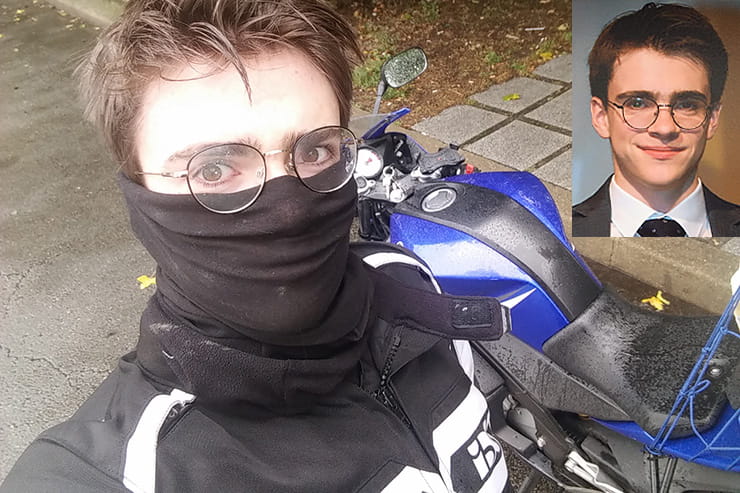 A cold, wet Nicolas with his 125 in Dunkirk, waiting for the Eurostar

Leaving your motorcycle’s indicators on can be a real problem – drivers can think a bike is turning left and pull-out, for instance – so not only can it irritate your mates on a ride out, it can be dangerous.

Cars of course have self-cancelling indicators, and while some manufacturers have tried to implement it on motorbikes, it’s rarely been a real success. Harley-Davidson seems to have one of the best systems, but I had the ‘feature’ turned off on my BMW S1000XR as it would cancel the blinkers halfway around larger roundabouts, which was potentially just as hazardous.

How to make sure you cancel your motorcycle indicators

I’ve made it habit to keep thumbing the indicator switch on any bike I’m riding, to try to be sure they’re cancelled, but we’re all guilty of leaving that light flashing, and while there have been indictor buzzers available for many years, 19-year-old Warwick University student Nicolas Rogers thinks he’s come up with the best solution – a device that allows you to hear the recognisable clicks of an indicator relay inside your helmet. 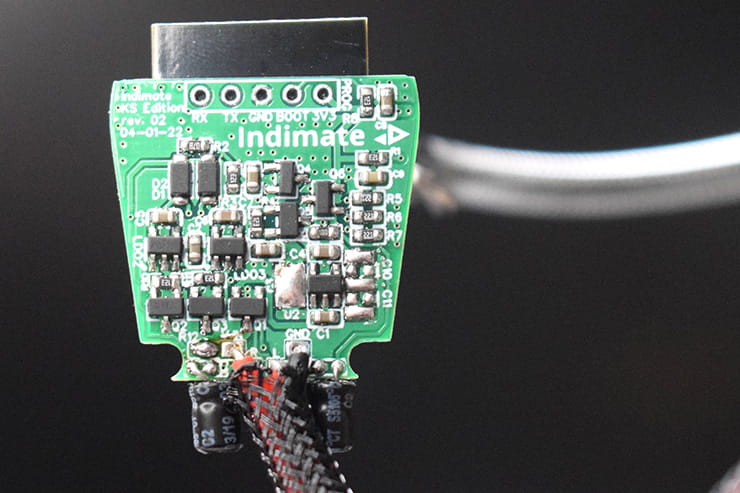 Launching soon on Kickstarter at Indimate.info, the small unit connects via Bluetooth to your helmet intercom, or via your phone (it can also use WiFi for the phone connection). Promised to work with any intercom, if you don’t have a headset there’ll also be an option to buy one with the unit.

The price is expected to be around a very reasonable 50 Euro, or 60 Euro with an intercom, though those who sign up to the mailing list now will be able to get 20% off.

An app controls the type of sound played, the volume, delay before it starts and even gives the option to play the left indicator in the left ear and the right in the right. Adaptive volume can also be activated, which increases the output to defeat wind-noise. 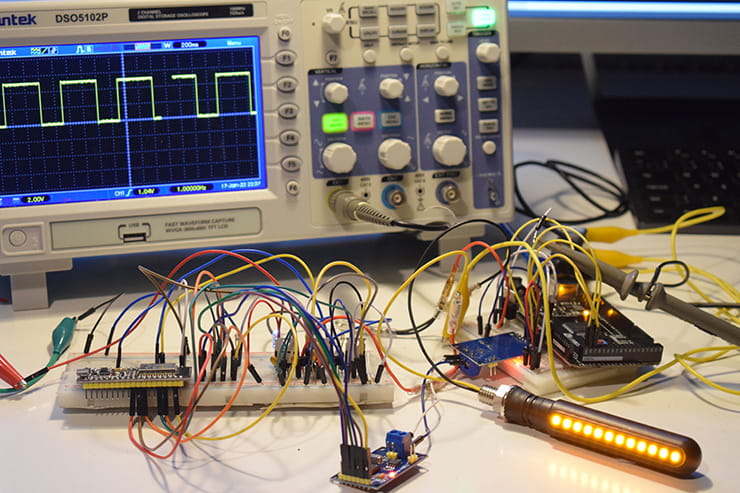 Nicolas has taken Indimate through 15 iterations over more than a year to get it to the production-ready solution he has now, including ideas like bar-mounted speakers, bright warning lights and even vibrating grips. “During test rides with prototypes,” he says, “hearing the indicator sounds has been very reassuring. My hope is that Indimate will increase rider safety, and maybe even save a life one day.” 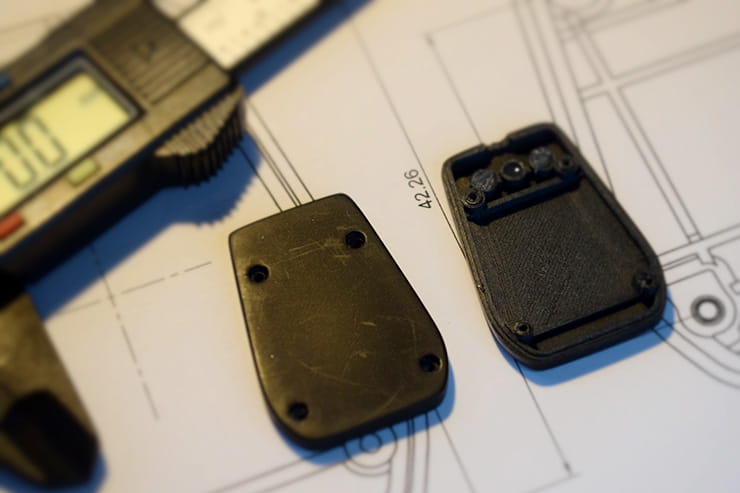 3D-printed cases show the tiny size of the device

Connecting to any bike should be relatively simple with two wires for a permanent live and ground, plus one for the left and one for the right indicator. Nicolas says that there should be no problem with modern CANbus systems that also carry data signals in much of the loom as the device is monitoring for a toggle of the voltage to the lamps.

We’ll be watching this with interest as if it can automatically and unobtrusively connect to an intercom, it really could be a very valuable accessory. Expect a full review as soon as we can get our hands on one…