Highway Code updates: what they mean to motorcyclists 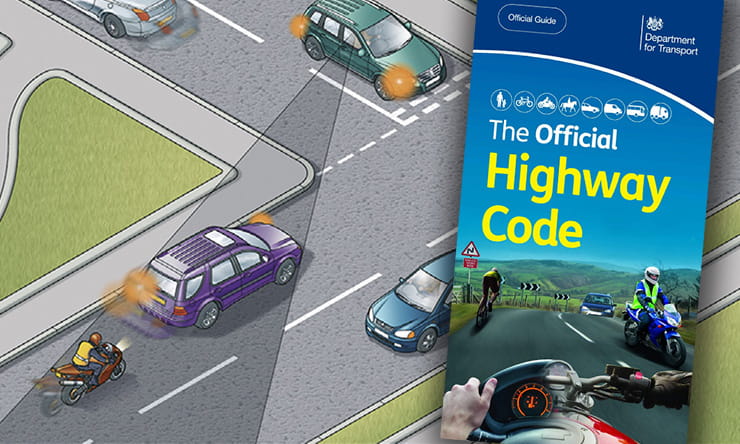 There’s a pretty good chance that you haven’t perused the Highway Code since throwing your L-plates away, but a set of changes due to be introduced at the end of January mean it will be worth having a fresh look at it.

What’s been changed in the Highway Code for 2022?

A wide-ranging array of updates to the Highway Code introduces a new ‘Hierarchy of Road Users’ that intends to place an increasing scale of responsibility on road users depending on their potential to do harm. In short, the bigger and heavier your vehicle, the heavier the onus is to take care for others around you.

It's a nice thought, but the changes are sure to introduce a new level of confusion as drivers who are aware of the changes inevitably behave differently to those who are oblivious to them, particularly when it comes to right of way.

Although many of the new rules lump motorcycles in with car drivers, the updated code does mark out riders as being among the more vulnerable groups of road users. It says:

The ‘Hierarchy of Road Users’ is a concept that places those road users most at risk in the event of a collision at the top of the hierarchy. The hierarchy does not remove the need for everyone to behave responsibly. The road users most likely to be injured in the event of a collision are pedestrians, cyclists, horse riders and motorcyclists, with children, older adults and disabled people being more at risk.

Is the Highway Code legally binding?

Before digging into the details of the updates, it’s essential to note that most of the changes in the Highway Code aren’t alterations to the laws around using the road. In the Code itself, legal requirements and laws are always accompanied by the terms ‘MUST’ or ‘MUST NOT’, but it also contains a large number of other ‘rules’ that aren’t legally enforced on their own. They can, however, be used in evidence during court proceedings for other offences, where failure to follow the Code is likely to have an impact on the outcome.

The new Hierarchy of Road Users is fairly simple to understand. The more vulnerable a road user or pedestrian is, the more care needs to be taken around them – with motorcyclists falling into the middle of the hierarchy.

The updated code says: Everyone suffers when road collisions occur, whether they are physically injured or not. But those in charge of vehicles that can cause the greatest harm in the event of a collision bear the greatest responsibility to take care and reduce the danger they pose to others. This principle applies most strongly to drivers of large goods and passenger vehicles, vans/minibuses, cars/taxis and motorcycles.

Cyclists, horse riders and drivers of horse drawn vehicles likewise have a responsibility to reduce danger to pedestrians.

None of this detracts from the responsibility of ALL road users, including pedestrians, cyclists and horse riders, to have regard for their own and other road users’ safety. 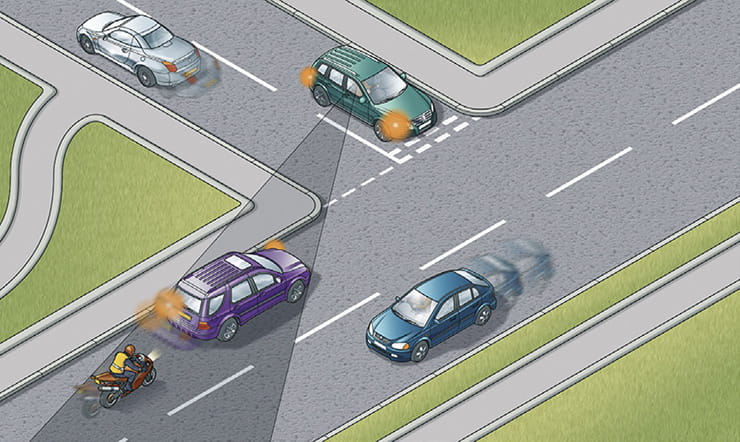 Rule 211 of the Highway code tells road users to look out for motorcyclists and cyclists at junctions. Image from The Highway Code

Under the updated code, road users are expected to give way to the vulnerable traffic. Notably, it creates priorities for pedestrians crossing or waiting to cross the road at junctions that you’re turning into or out of, and says that you should give way to them if they’re waiting at a zebra crossing (although the law still says you must give way when they’re on the zebra crossing). The updates also say that you shouldn’t cut across cyclists, horse riders or horse-drawn vehicles when turning into or out of a junction if you’re on a motorcycle or in a car.

How much space to leave when overtaking

Other changes include much more detailed information about the amount of space that road users should leave for each other. For instance, where the current code tells cyclists to ‘leave plenty of room when passing parked vehicles’, the new version specifies ‘1 metre’. Similarly for cars and motorcycles overtaking cyclists, the new Code specifies leaving space of ‘at least 1.5 metres’ at speeds up to 30mph, and more still at higher speed, while saying you should pass horses at ‘under 10mph and allow at least 2 metres of space’. The same distance is also given for passing pedestrians walking on the road.

Similarly, the new code says drivers should wait behind motorcyclists (and cyclists, horse riders etc) at junctions, even if they are positioned close to the kerb, and not draw up alongside them. 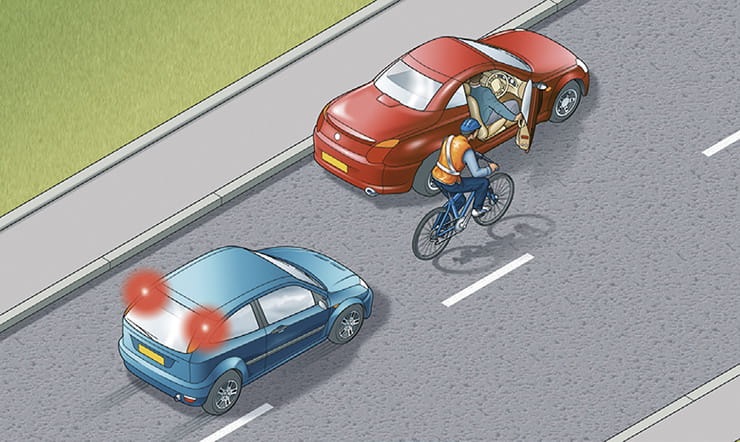 Rule 239 states that drivers must check before opening a door. Image from The Highway Code

One new section that promises to be specifically beneficial to motorcyclists and cyclists is the addition of advice to use the ‘Dutch’ method of opening car doors from the inside to help make sure they’re not opened into the path of oncoming bikes. Developed in Holland, as its name suggests, the system involves car occupants opening their door using the hand opposite the door they’re opening. So, drivers sitting on the right should reach across with their left hand, rather than using their right. The system tends to make you look around, over your shoulder, while opening the door so you’re more likely to spot a bike approaching from behind, as well as preventing the door from immediately swinging wide open.

The changes are far-reaching enough to make it well worth revisiting the Highway Code, and the update can be seen here. However, a survey carried out by the AA before Christmas showed that at least two thirds of drivers are unaware of the planned changes, which could result in confusion. Drivers, riders and pedestrians who are aware of the updates will react differently in some situations – particularly in the case of pedestrians waiting to cross at junctions – to those who don’t know about them, potentially leading to conflict or misjudgement.

The updates still need to be approved by parliament, but if they’re not rejected they’ll come into force on 29th January.

You can buy the Highway Code in book shops or online at the DVSA store: www.safedrivingforlife.info/shop/official-dvsa-highway-code/