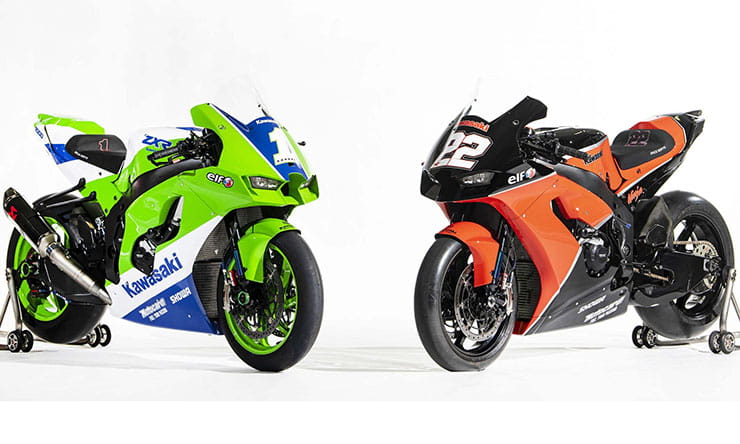 Special one-off editions of the Kawasaki ZX-10RR sportsbike inspired by retro-themed liveries it showcased during a round of the WorldSBK Championship have gone up for auction on eBay, with at least one of the Ninjas selling for a mammoth €70,000.

On 16th Feb '22 the Kawasaki Racing Team WorldSBK team posted a YouTube video showing two special roadgoing ZX-10RR machines in two distinct liveries; one harking back to the manufacturer’s 1990s racing heritage and another paying homage to the famed GPz900R.

The liveries mimic those seen during the penultimate round of the 2021 WorldSBK Championship in Argentina with six-time World Champion Jonathan Rea racing a ZX-10RR decked out in retro lime green hues - matched to the blue and white typeface of Kawasaki’s erstwhile logo - in tribute to the Kawasaki ZXR750-H2 circa 1990.

Meanwhile, team-mate Alex Lowes raced a ZX-10RR in a black and red-orange design similar to that of the GPz900R, a look popularised by it being featured in the original Top Gun movie of 1986.

Though Kawasaki used the designs in just a single race, there have been calls ever since for the Akashi marque to roll out a limited-edition line. 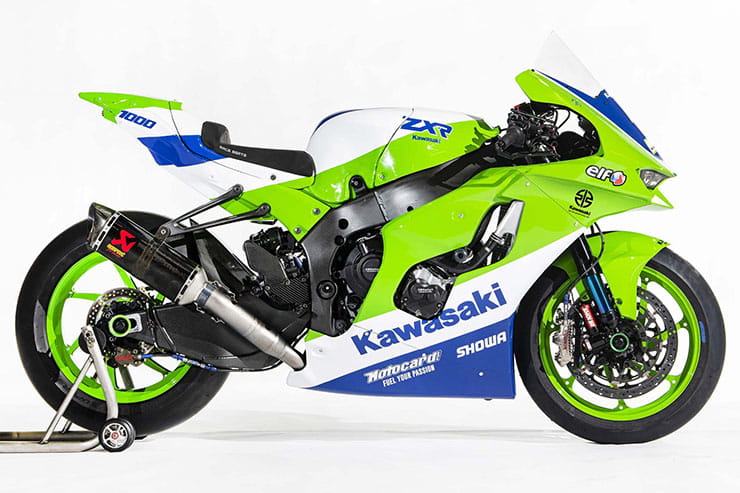 While this may still occur somewhere down the line, in the meantime Provec Racing - the Spanish based partner of Kawasaki’s WorldSBK efforts - have gone ahead and developed a single road-legal ZX-10RR in each livery to go up for auction on eBay.

Together with the ZX-10RR itself - which normally trades at £24,799 (approx. £30,000) - the auction by Provec Racing also included specially made suits from RST and Alpinestars to match the bikes, plus the chance to have it personally delivered to you at the Circuit de Barcelona-Catalunya by Rea and Lowes themselves. 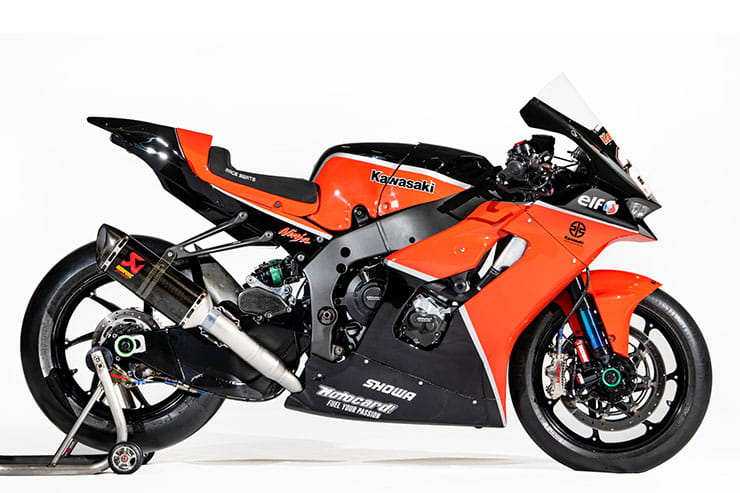 The lucky highest bidder would then receive 30mins of track time alongside one of the riders, plus Kawasaki hospitality.

If that sounds tempting then unfortunately, we have some bad news for you - a bid of €70,000 (£58,300) was enough to land the ZXR750-replica ZX-10RR, though this possibly includes both bikes as the auction for the GPz900R version is no longer online.

Don’t feel too bitter though, such has been the rapturously positive feedback for both designs, we have a sneaking feeling Kawasaki might bow to public pressure and expand this ‘Heritage Experience’ look out to a more easily accessible limited edition run… or we can petition them hard until they do!