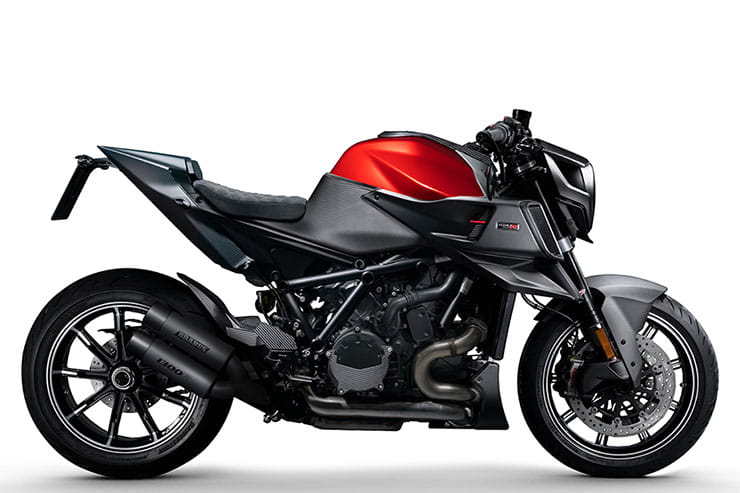 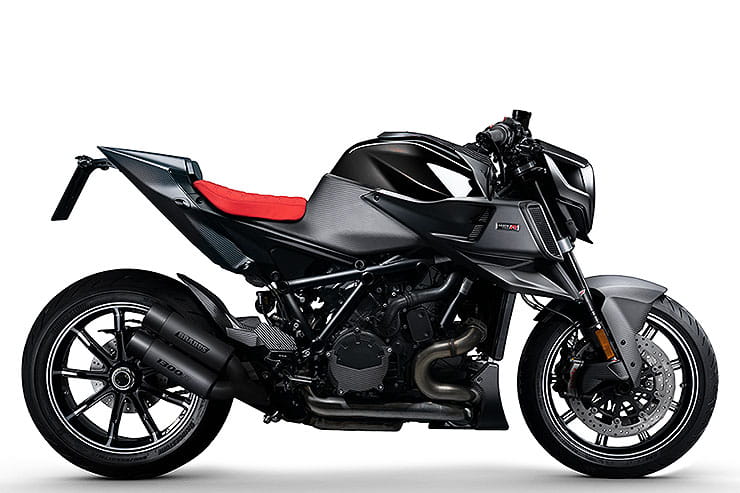 The first official image of the new Brabus 1300 R hypernaked has leaked ahead of its unveiling on Friday offering a glimpse at a striking new derivative of the KTM 1290 Super Duke R.

First announced back in December, the 1300 R is the result of a collaboration between the Austrian KTM powerhouse and German high performance tuning company Brabus, a nameplate made famous by its long-held association with Mercedes and Smart.

Heralding Brabus’ maiden attempt at muscling in on the motorcycle market, though full details of the 1300 R are still a day away, images of it did briefly appear online on a KTM-branded mini-site that seemingly went live a touch prematurely.

While said landing page has now been removed, a bit of internet scouring does bring up a couple of shots to reveal the Brabus in full glorious detail. 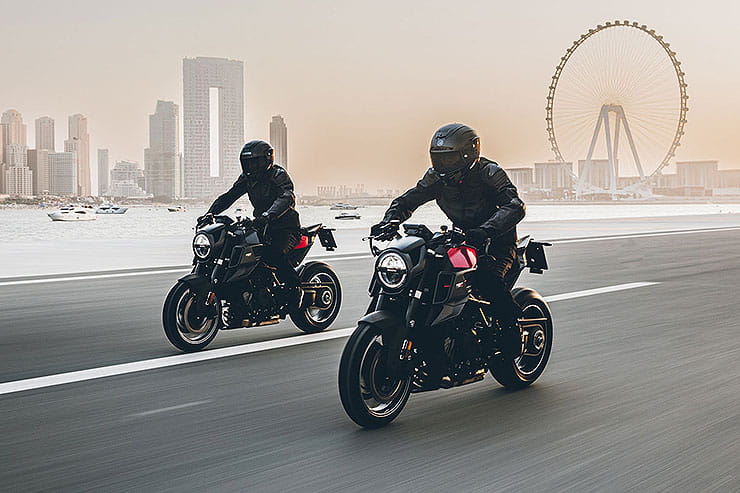 Adopting a more stripped back, understated appearance than the more visually dramatic KTM flagship on which it is based, the 1300 R represents a significant overhaul compared with the Super Duke R.

Up at the front, the front-end is transformed by a single circular headlamp unit and tapered cowling not dissimilar to the styling direction seen at KTM’s sister company, Husqvarna.

Sculpted wings and angular air intakes emphasise the 1300 R’s more muscular proportions, though the signature trellis frame of the KTM has been toned down by being blended into the stealthy grey colourway. Indeed, only the bison hump is popped with colour, representing a big departure from the unmistakable orange hues of the Super Duke R. 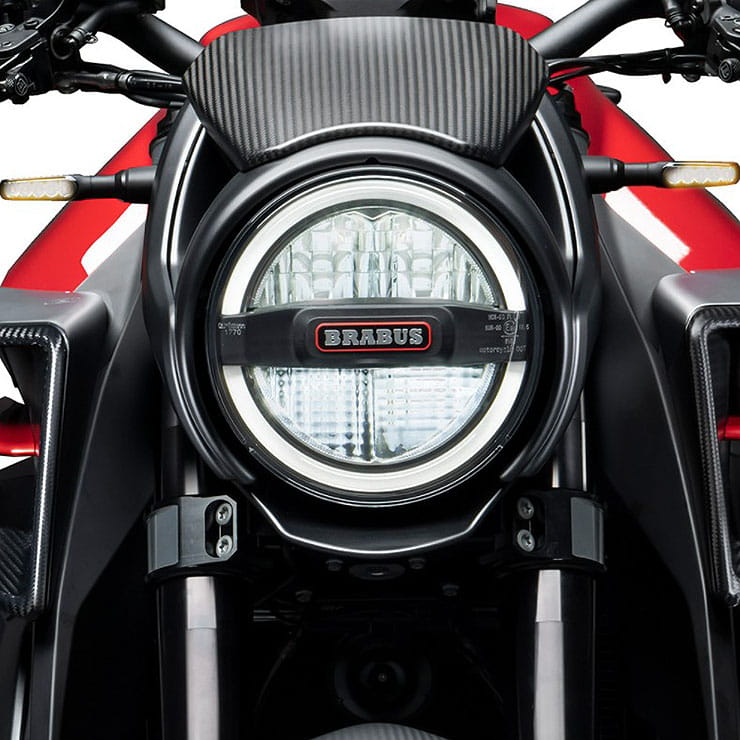 A new nine-spoke rear wheel - bearing more than a passing resemblance to the Ducati Diavel - carbon fibre finishing, and a plush seat complete a premium look that plays up to the “Heart of a Beast, Soul of a Gentleman” tagline that will accompany the official launch.

Full details of what lurks beneath will come tomorrow but the performance figures for the Brabus 1300 R are expected to be in line with that of the 1290 Super Duke R, meaning 180hp and 103Ib-ft of torque. 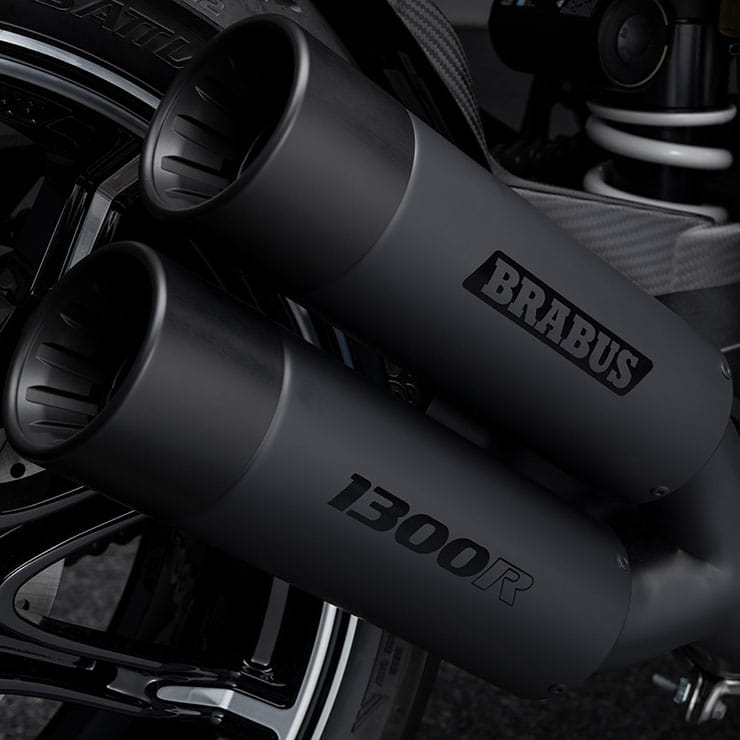 Interestingly, it would appear the Brabus actually uses the recently launched KTM 1290 Super Duke R EVO variant as its base model, which means it comes with a host of electronic trickery - complete with five riding modes - plus uprated WP APEX suspension headlined by its electronically controlled damping.

Specific details - including the price - will become clearer when the full set of images re-emerge (this time as planned) on the net for your perusal.

In the meantime, though, check out the preview video that went live this morning in Brabus’ and KTM’s attempts to bolt the door after “The Beast” escaped…