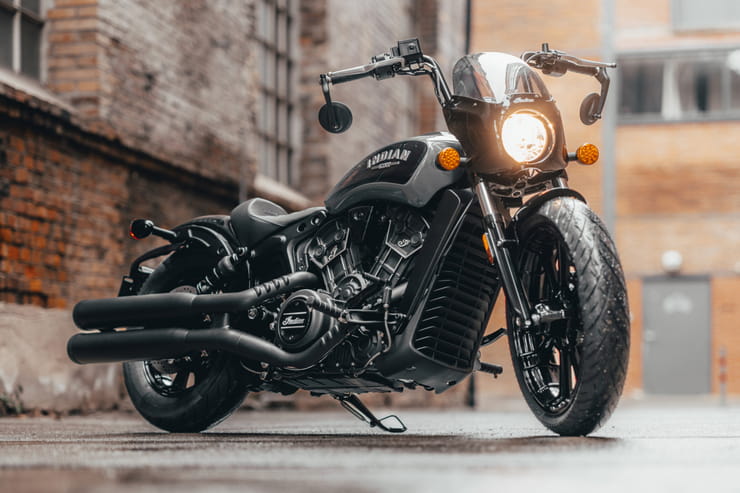 Indian’s Scout might have unconventional tech with its cast alloy chassis and water-cooled DOHC engine but until now the range has stuck to very conventional styling. The 2022 Scout Rogue bucks that trend by adding a front fairing that gives a distinctly different appearance.

It’s not a move that turns the Scout into a sports bike, if your focus is on speed or corners, you’ll be better off looking to Indian’s FTR models, but the Rogue’s features make it a proposition that doesn’t have many obvious rivals. 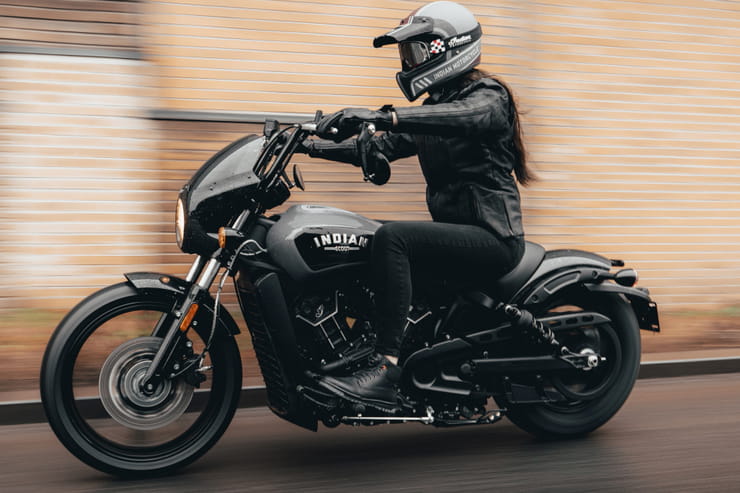 The fairing is clearly the first thing that makes the Rogue stand out from other Scouts. It’s small, but the bullet-like shape and small, tinted screen promise at least a modicum of wind protection.

That makes it all the more confusing to see that Indian has equipped the Rogue with wide, tall, mini ape hanger bars. Along with the forward-mounted foot controls these bars, similar to the ones on the Scout Bobber Twenty, encourage a spreadeagled riding position that makes you into a human parachute and eliminates any ideas of tucking-in behind that front cowl.

If those bars and the Rogue’s other changes aren’t to your tastes, Indian will also be offering the Rogue’s front cowl as a colour-matched option for Scouts made from 2015 onwards or Scout Bobbers from 2018 to the present. 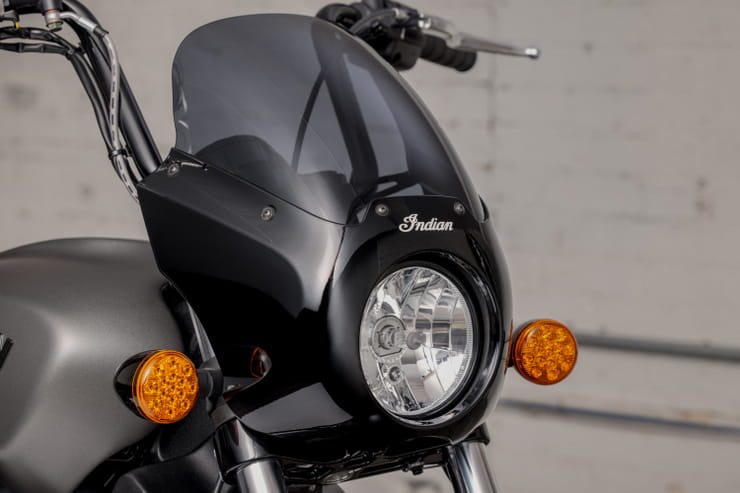 Moving back, there’s a single ‘sport style’ seat, raised at the back to hold you in place, but the tank and rear bodywork are otherwise the same as the Scout Bobber.

Power comes from the same 1133cc DOHC V-twin used by other Scout models, making 94hp at 8000rpm and 71.5lbft of torque at 5600rpm. An A2-compliant version, making 47hp, will also be offered for riders with that licence restriction. Weight is pegged at 241kg dry – 2kg less than the Scout Bobber, 6kg less than the base Scout and 8kg under the mass of the Scout Bobber Twenty.

Three colours are being offered – ‘Sagebrush Smoke’, ‘Black Smoke Midnight’ or ‘Stealth Grey’, and Indian will also be offering a range of accessories and clothing to match. Bolt-ons for the bike include optional adjustable rear shocks, an auxiliary tachometer with shift light and a selection of single and dual seat options, plus luggage including saddlebags and a luggage rack. 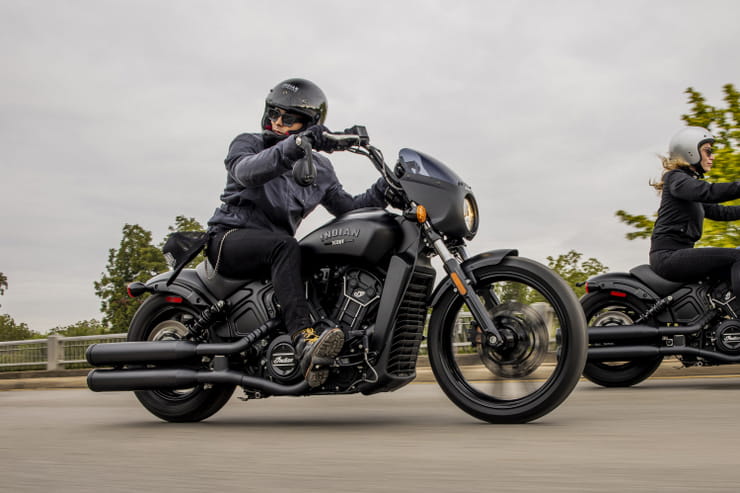