Cost of living: How a switch to riding a motorcycle can slash costs 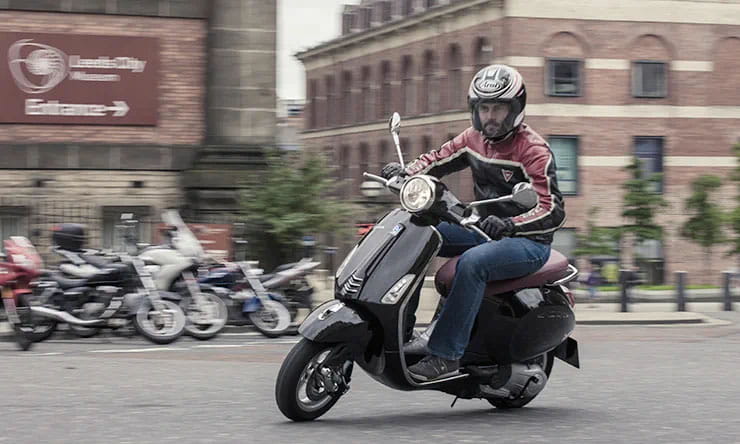 We wouldn’t blame you for wanting to skip the rather dreary pocket-affecting headlines, yet it’s unlikely to have escaped your notice that UK residents are bracing themselves for a sharp rise in the cost of living prompted by soaring energy prices.

Sparked by the rapid rise in prices for wholesale gas - which led to 28 energy firms going out of business in quick succession - the trickle-down effect to consumers has now been communicated with 22 million households now expected to pay almost £2,000 a year in energy bills, or put another way, an extra £693 on average.

With interest rates rising in tandem and coming just a week after the UK government confirmed National Insurance contributions will also be rising, the onslaught of unwelcome announcements adds further pressure on households already feeling the pinch.

While the government has pledged to assist those most vulnerable to the sudden increases, households up and down the country are unlikely to afford to wait without considering alternative ways to save cash in other areas to soften the blow.

One area proven to lower the cost of living for many is commuting if you are willing to ditch the car or the train in favour of either a scooter or a low-capacity motorcycle. 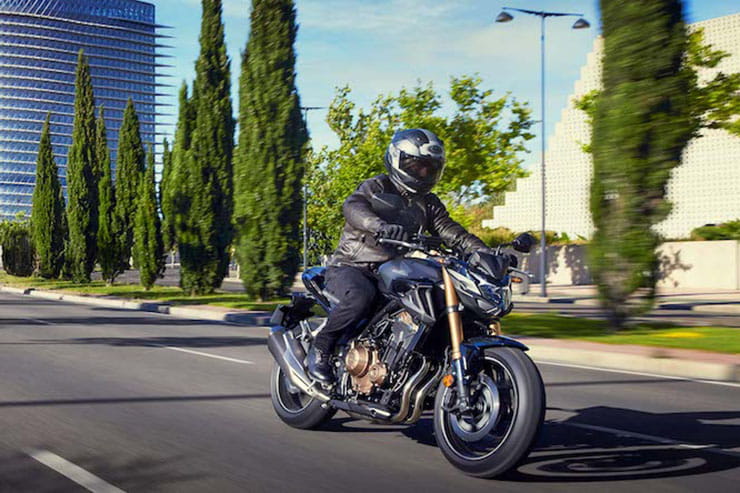 Fuel prices have stealthily risen to record levels - with the average price as of today (4 February 2022) sitting at 145.6p - scooters and motorcycles are notoriously more economical and easier on the wallet when it comes to filling up.

Using this price for scale, the average 55-litre fuel tanked family car will cost around £80 to fill to the brim, whereas an average motorcycle of around 12-litres is a snip at £17.50, with scooters coming in even lower. That alone is an immediate £63.50 average saving every time you go to fill up.

Of course, smaller tank means smaller range so let’s take a middle-of-the-road Honda CB500F for comparison with one of the best-selling medium sized cars, the Mercedes A180.

This compares with the Mercedes, which offers 47.9mpg from a 60-litre fuel tank. That will take you 640 miles or so for that £80 fill up cost. 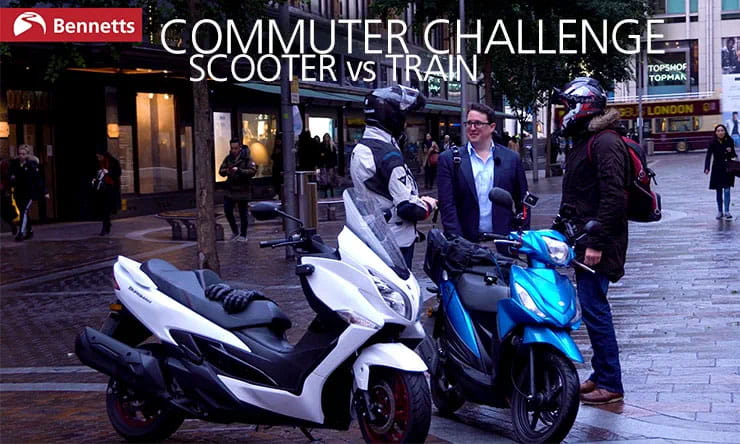 Of course, few will have a Mercedes car and a Honda motorcycle at their disposal, but for those who spend much of their time commuting, motorcycles represent a compelling option even before you consider their convenience in urban environments or even filtering through traffic during congestion.

This alone is what causes many to ditch the wheels and head for the train, but the cost of a year-long Season’s Pass has also continued to grow beyond inflation to such an extent many have been willing to return to their cars and endure the perennial rush hour jams day-in, day-out.

In 2019, BikeSocial conducted an experiment that pitched the train commute from Haywards Heath to Knightsbridge, via London Bridge, against using two Suzuki scooters - the Address 110, which cannot be taken on motorways, and the Burgman 400 which can.

The test considered which of three forms of transport was best value (both economically and in terms of time), taking in as many costly factors as possible. Using the same format for the Burgman 400 (the Address 110 is no longer on sale in the UK) and adjusted for approximation of inflation over the past three years, the costs are:

To give the above some context, the year one costs are higher for several one-time factors, such as taking your CBT. If you already own an A2 licence, you’re immediately lowering the cost towards £5,000.

It also includes the initial deposit to get your hands on the Burgman 400 (£500) and the outlay of purchasing some riding kit. Again, if you already own some, your costs come down to less than £4,000.

Heading into Year 2, you can scrub the CBT, initial deposit and kit purchasing from the overall total, but need to add tyres, servicing and any kit upgrades. This also doesn’t account for potential rises in insurance and repair work.

Regardless, even within these evolving factors, the savings over completing a similar journey by train and London Underground are notable.

Again, the below figures can be adjusted for whether you would need to use a season’s car parking pass or if you don’t mind the stroll from London Bridge to Knightsbridge. But even by removing these factors (totalling a saving of £3,065), the cost of the annual pass (based on five days a week travel) is stark.

If you consider Year 2 to be the most representative cost total, the £4,156 outlay to get you most of the way to Knightsbridge, is still higher than the running costs of financing a Suzuki Burgman 400 that can get you door-to-door in around 1h 40. Though the train is quick (45mins) between Haywards Heath and London Bridge, the difference is negligible once you consider the time spent getting to Knightsbridge… and at least on a scooter you won’t have had to risk face-timing any armpits. 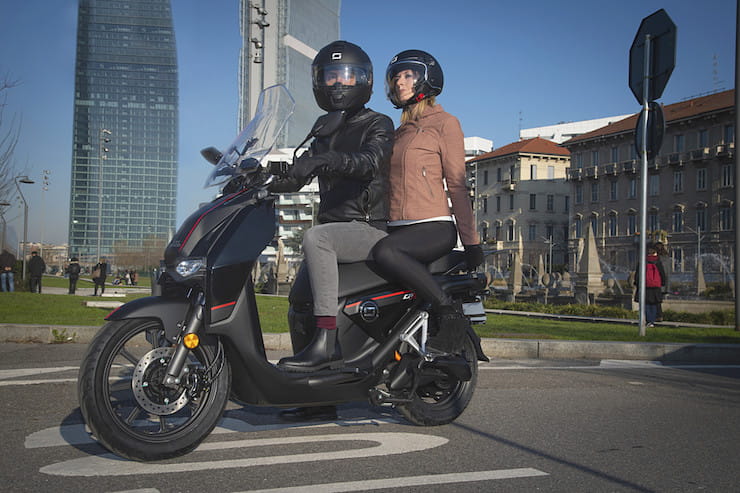 Naturally, there is some flexibility in the above figures in a post-COVID world where many now work from home, though that benefit on commuter savings is now being offset by the rise in energy prices.

Moreover, what’s more self-isolating than full helmet and riding gear compared with being on the train or a bus.

With a sharp rise in scooters being used as essential transport during the lockdown periods, the MCIA launched #UnlockYourFreedom as an initiative to get from points A and B swiftly, cost-effectively and without much human contact.

It had the additional impact of raising the awareness of electric PTWs (powered two wheelers), typified by models like the Super Soco CPx, which entered the overall sales top ten in the UK last year, becoming the first EV in history to do so.

Super Soco says 75% of its custom is from business-minded people - such as Deliveroo riders - while it costs just £0.45 to charge it for 3-4 hours from your home socket. Of course, the demand for electricity to charge EV vehicles will vary depending on which model is bought and whether you are fast charging.

Scale up and even full-size electric motorcycles like the Harley-Davidson LiveWire demonstrate the frugalness of electric power, costing just £2.37 for an empty-to-full charge at home.

However, electric still poses some compromises, namely the patchy infrastructure of charging points, particularly in rural areas, and the rising demand for available plug-in points. Then there are down-the-line concerns that the influx of people making the switch to EV might have the adverse effect of putting even more demand on the UK power network and subsequently hit people in the pocket. 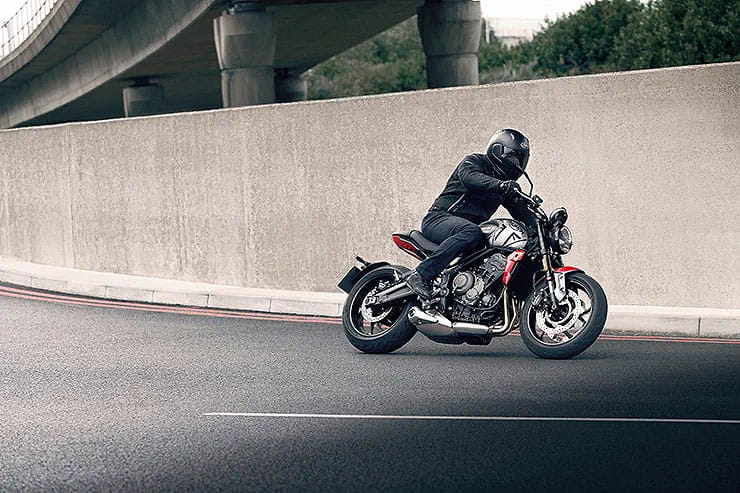 Why should you switch to motorcycling?

The above figures of course will ebb and flow taking in numerous factors, so you’ll need to do your sums to work out exactly how much it is possible to save by ditching the car or train for a motorcycle.

However, we can say with confidence that regardless of how much it is, you will save by doing so.

Better still, going two-wheels opens up a whole host of other benefits, whether that’s getting out on the road if you don’t already do so, getting some valuable ‘me time’ or igniting a passion that is shared across a broad and welcoming motorcycle community.

Moreover, do so with Bennetts Insurance and you will receive a BikeSocial membership, which gives motorcyclists exclusive access to discount voucher codes, events, rider training, track days and competitions through the UK’s biggest bike club.

In short, now more than ever, there has never been a better time to take up motorcycling!